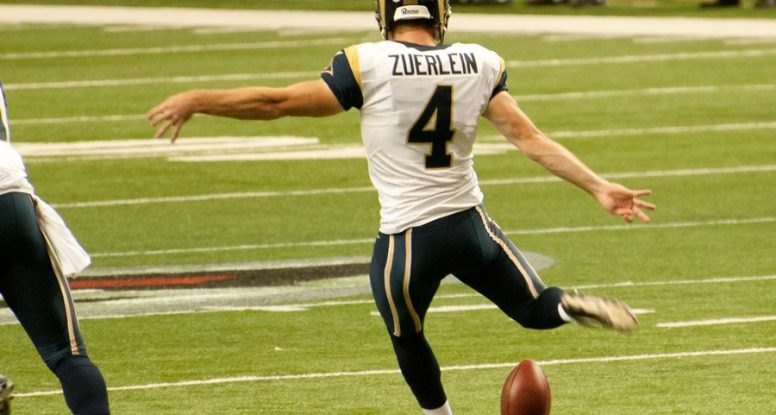 How To Stop Being A People Pleaser

I doubt very much you have ever heard of Peter Gogolak. He’s hardly a household name, even in his own household.

But maybe he should be because he did something rather remarkable.

Gogolak was born in Hungary in 1942 and moved to the United States with his parents at the age of 14 after the Hungarian Revolution in 1956.

Although he went on to play for the New York Giants for the majority of his football career he was originally drafted as a kicker by the Buffalo Bills in 1964.

Back in the sixties place kickers used to adopt a rather different style to the ones playing today.

They would stand directly behind where the ball was going to be snapped to and kick the ball with a straight leg using their toes to make contact.

He Did It His Way

Gogolak had played soccer as a kid where the ball is struck with the instep as this gives far more control as well as more power.

He didn’t care that his place kicking style of approaching the ball from the side and using the inside of his foot looked ridiculous to others.

He didn’t care about others, he just did what felt right to him and thus changed the way kickers kicked forever.

Imagine you’re in a room with nine other people watching a powerpoint display.

The person giving the talk loads a slide with four lines on it all of which are identical.

Starting with the person sat furthest away from you he starts to ask everybody in turn which they think is the longest line.

The first person says the line on the far right is the longest. You almost burst out laughing and wonder to yourself, ‘What the fuck Mr Magoo?’

Then the second person confidently agrees with the first and you shake your head in disbelief.

Are These People Nuts?

The third person does the same and then the fourth and you start to frown and feel uneasy.

By the time the smiling man gets to you, nine people have confidently asserted that the right hand line is without doubt the longest.

Finally he asks you.

What are you going to say?

I bet you’re sure you would point out the error of everybody’s ways and confidently announce to the room that the lines are all the same length.

When this experiment, or others similar, have been performed by social psychologists the final person almost always goes with the flow and agrees.

There are exceptions and they are people like Peter Gogolak, people who are comfortable in their own skin and don’t feel the need to be seeking the approval of others.

Wanting to be liked by others in and of itself isn’t a problem, but it becomes one when you change who you and how you act to meet other peoples expectations and desires.

I’ve had numerous e-mails over the last decade advising me to stop swearing.

One guy even e-mailed me a couple of years ago saying he was genuinely concerned I would end up with no clients and no business if I didn’t stop dishing profanities out like there was a world shortage.

I responded saying I appreciated his concern and he should go fuck himself and concentrate on his own business.

I didn’t really, that would have just been acting like a dick. I just said, ‘thanks a lot, but I seem to be doing ok’.

I don’t swear to deliberately upset people, I do it because I swear in real life and sometimes it can be very effective in making a point and/or for comedic effect.

Most people yearn to be authentic, but then they back off when the times comes to show who they really are.

The Biggest Stressor In Your Life

Do you know what the single biggest stressor in our lives is?

It’s a lack of control that manifests due to a lack of choice and/or autonomy.

It’s impossible to be stressed and in control.

Whether you are yourself and speak your own truth, or whether you try to appease others, you still have exactly the same amount of control over what others think of you.

However, you do have control over what you think of you and if you are constantly running around trying to please others by being somebody who you think they want you to be, then that won’t be much.

If you have an external locus of control it’s not easy to change to an internal one, but it can be done.

If you click on the link above you will find a post I wrote almost nine years ago.

That’s because way back then I was worried about what others would think about me swearing.

I was acting inauthentically and it was stifling.

How Do You Stop Being A People Pleaser

The same way as you became a people pleaser, incrementally.

Many years ago you did something for somebody else and got a favorable response which triggered a nice little dopamine rush.*

So you did it again.

If you’re not getting thanks or smiles or even something as trivial as retweets or thumbs up on your Social Media posts, you feel like shit. So you try harder.

Eventually your behavior is almost exclusively dedicated to getting external positive feedback in all of its many forms and your self-esteem is left lying on the floor in a pool of blood.

You may have even spiraled into depression.

But wait a minute, your self esteem isn’t dead it’s just very poorly, so let’s revive it.

Just say ‘no’ to something tiny that you would normally have said ‘yes’ to.

It may be a retweet, having another drink when you really want to go home, babysitting for a friend, watching a movie with your spouse that you know you’ll hate or merely disagreeing with somebody when they say Donald Trump is a fine President.

I don’t care what it is or how small it is as long as you are changing your response.

It will feel uncomfortable to begin with, but that’s ok, just label this emotion by saying to yourself, ‘oh that’s just a bit of anxiety, nothing to stop me getting my life back’.

Labelling allows you to step away from the emotion and dampen its impact.

Each time it will get marginally easier as your brain gets used to the fact that you’re an awesome and authentic human being.

Eventually if you stick with it you will get to the stage where you say ‘yes’ when you mean ‘yes’ and not because you think you should.

This isn’t an excuse to be selfish and never help others when it’s not convenient. It means you say ‘yes’ when you want to help people who you care for and not because you want people to like you and for external validation.