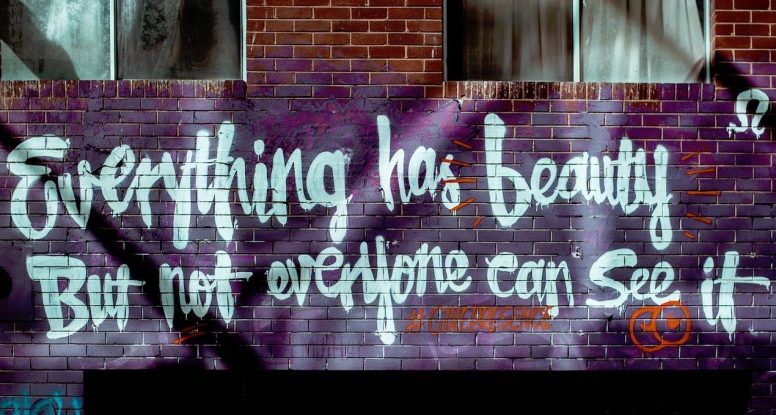 Before we get into the latest post, if you are a life coach and need help acquiring more paying clients, check out Coach the Life Coach.

As I was trawling some motivational quotes the other day it struck me how many amazing ones there were that I was previously unaware of.

So I thought it would be cool to collate the best for your perusal.

Now, of course, I realize that you may well have heard of one or two, but I genuinely hadn’t (except one).

So, please don’t give me a hard time or point out that you knew 18 out of 20 and thus I’m a philistine and deserve a damn good thrashing.

1. A successful man is one who can lay a firm foundation with the bricks others have thrown at him – David Brinkley

Too many people when coming under attack crumble when instead they could view that attack/criticism as a way to grow and mature and come back stronger. Brinkley nails this aspect.

2. Defeat is not the worst of failures. Not to have tried is the true failure – George Edward Woodberry

You know that, right? Trying and failing sucks, but never trying because you were scared of failure sucks about a gazillion times more. Don’t fear failure.

This may almost seem anti-motivational, but it really isn’t. Sometimes we have to accept that we are on the wrong path and no amount of forging forward will help. Sometimes we just have bad ideas that need dumping.

3b. Any change, even a change for the better, is always accompanied by drawbacks and discomforts – Arnold Bennett

That’s why this blog was originally called The Discomfort Zone because it’s almost impossible to change without going through some discomfort. Embrace change, embrace discomfort because if you don’t, you’re screwed.

4. If you don’t like something, change it. If you can’t change it, change your attitude – Maya Angelou

Sheer brilliance because when you think about it, those are the only two sensible options open to you.

Sulking is not a sensible option.

5. All men of action are dreamers – James Huneker

I suspect things have changed somewhat these days, but this quote is aimed directly at parents and teachers who tell their kids to stop daydreaming. Don’t! In fact, encourage them to let their imaginations run wild.

6. If we were to select the most intelligent, imaginative, energetic, and emotionally stable third of mankind, all races would be present – Franz Boas

I think there are people currently in high positions of power (ya know, like really high) who don’t get this.

It’s not somebody’s nationality, gender, ethnicity, sexuality or even their taste in sweaters that define them.

And it never will be.

I think this quote is more relevant now than it’s ever been with the explosion of Social Media.

It seems to me that too many people spend too long, trying to live up to or create a reputation, rather than being themselves.

8. You grow up the day you have your first real laugh at yourself  — Ethel Barrymore

If you can’t laugh (without being snide) at yourself, then don’t laugh at others.

10. There is nothing stronger in the world than gentleness – Han Suyin

Reminds me somewhat of the Dalia Lama motivational quote; Be kind whenever possible. It’s always possible.

11. Truth becomes untruth if uttered by your enemy – George Orwell

One of my literary heroes and it perfectly sums up the ‘us and them’ mentality that so many people adopt, especially cross-culturally.

I doubt Orwell knew what was going to happen in 1984 never mind the twenty-first century, but he did a pretty good of predicting it nevertheless

Your enemies on both sides are uttering untruths as I type this.

I was successful in sales and I pretty much hated it.

It took me a decade to earn as much money from coaching as I earned in my last year in sales.

And now I work with other life coaches I care even less.

George knew a thing or two about motivational quotes as well as humor because he was right.

13. The purpose of life is a life of purpose – Robert Byrne

Dare I mention values? Yes, I dare, and this quote is rooted in the importance of you knowing your own values and then acting on them. 14. Everyone who’s ever taken a shower has an idea. It’s the person who gets out of the shower, dries off and does something about it who makes a difference – Nolan Bushnell

How cool is this?

What did you do with your last great idea?

Maybe this quote is a poor man’s version of Thoreau’s People leading quiet lives of desperation, but I still love it.

Existing is not the same as living and you were put here to live, not exist.

16. Our entire life – consists ultimately in accepting ourselves as we are – Jean Anouilh

Any other approach to life is going to fail.

There is only one you and you have to accept yourself with all your human frailties.

That doesn’t mean you cannot want to change aspects, it just means you shouldn’t pin your future happiness on being somebody else.

As the king of motivational quotes (and brilliant put-downs), Oscar Wilde put it, be yourself because everybody else is taken

17. No man is a failure who is enjoying life -William Feather

I had to use this one seeing as my definition of success is somebody who is happy.

What better yardstick can there be?

Presuming that is, your happiness isn’t harming others.

18. A man who trusts nobody is apt to be the kind of man nobody trusts – Harold MacMillan

I have had a few opportunities to become cynical with people and for the most part, I refuse to accept them.

I find it almost impossible not to trust people unless they give me a damn good reason.

Nobody can say their gut is always right, but I like the general principle.

There is a lot of scientific evidence around rapid cognition (which is just another name for rapid cognition) to suggest that we ignore our gut instinct at our own peril.

if you have ever said something along the lines of, I knew I shouldn’t have done that, then you probably ignored your intuition.

20. I believe fundamental honesty is the keystone of business – Harvey S. Firestone

If only every business adopted that policy, how amazing would things be?

Fortunately, a few new companies are getting the idea that being honest and treating their customers with respect is actually good business as well as the right thing to do.

21. I have to trust what I do and then do it – Ednita Nazario

Even if you’re not sure what you’re doing, even if the plan is hazy, you can still trust yourself (and your intuition) and things will by and large turn out for the best.

And even if they don’t, you will have learned some new shit.

22. Don’t look any further than your own reflection for a hero – Allyson Partridge

You are the hero of your life’s story, so start acting like it!

Bob reminding us all that physical strength is almost useless without mental strength.

Pretty much every high-achiever will tell you this whatever it is they do.

24. I am not in this world to live up to other people’s expectations, nor do l feel that the world must live up to mine – Fritz Perl

Fritz was definitely a bit on the edge at times with his Gestalt Therapy, but he nails this one.

25. I will come again and conquer you because as a mountain you can’t grow, but as a human, I can –  Sir Edmund Hillary

Great quote from the first man to lead a team that conquered Everest.

Of course, he could have given up after the first attempt, but fortunately, he didn’t.

Yeh I know, pretty outrageous to quote myself.

However, I really believe that so many of the quotes we love and an embodiment of our core values – if that is we live them.

If you want to know how to figure out y our core values and then live in alignment with them, click here.