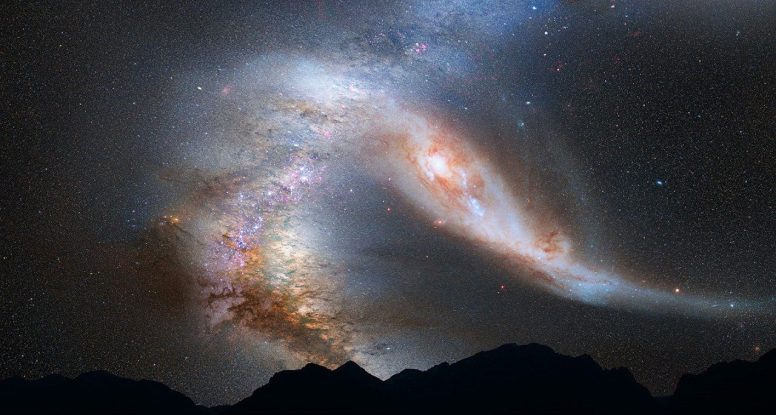 Notes From A Parallel Universe

Note: If you see other posts appear after this one, it’s just me bringing older material to the front to keep the site fresh in Google.

It isn’t there anymore because it was utter garbage and I took it down, but my first ever post went live on Tuesday 12th September 2006.

Since then, and if you include guest posts and newsletter articles I have written well in excess of 2,000 articles on self development.

Well, I say self development, some have veered into rants, others into what I thought was humor and yet others have just been a dump of what was in my mind.

But as you will see if you make it to the bottom of this post, everything has to come to an end.

So alas, this is my very last blog post for A Daring Adventure.

From now I will; be focussing all my energy on only working with coaches over at Coach The Life Coach.

If you’re a coach I hope you’ll join me.

I’ve pondered this for a couple of years now, but the time is right to focus on just one thing.

If you have read any of my posts over the last 13+ years, thanks.

If you have commented on any of my posts, thanks even more because you probably helped keep me sane on occasions.

If you have emailed me to tell me I’m a limey bastard and should fuck off back to England (yes that did happen), thanks because you made me laugh.

If you read the end of this post, thanks.

And if you are an American citizen and you vote on November 3rd, I’d like to thank you and so would democracy.

Now let’s chat with the universe.

Notes From A Parallel Universe

Myself, my wife, and the hounds are flying Virgin 1st Class and emigrating to a parallel universe.

I’m not knocking this universe.

I mean it’s okay, and it’s served a purpose I guess, but it has its limitations.

Everything in my new universe will be the same – in fact, I very much look forward to meeting a parallel version of you – except for one thing.

About 400 million years after the big bang all the galaxies had a get together.

After a bit of a chin wag over a couple of beers and a game of pool, they decided to impose a ban on some cognitive biases.

Seeing as everything was (relatively) brand new and they had a clean slate (although technically speaking, slate wouldn’t arrive for a few hundred million more years, its car had broken down), why not make things as pleasant as possible?

The first bias to feel their wrath was the empathy gap – the galaxies unanimously agreed it wasn’t welcome and everybody was going to get empathy from now on.

This ensures we don’t underestimate the feelings of others, which seems a rather quaint way of doing things, dontchya think?

Next up Messrs. Dunning and Kruger were to be denied access.

They didn’t want people running around – or heaven forbid gaining power – thinking they were way more qualified than they were.

This should avoid, say, a draft dodger claiming he knows more about the Military than the Generals.

Or, a tax dodger stating that he knows more about taxes than anybody in the history of the world because he paid people to help him avoid paying his fair dues.

And no way would somebody be allowed to plunder the planet at the same time as claiming they know more about renewables than any human being on Earth.

Next up is the innocent sounding informational cascade.

Once this has been dealt with using extreme prejudice nobody will require constant and undeserved adulation and validation just to get out of bed in the morning.

Similarly, entitlement will be torn from a person’s psyche quicker than you can tear up a State of the Union speech.

Singularity bias would be stopped at the door by a bouncer the size of  VY Canis Majoris (it’s a big star – don’t worry I had to look it up).

This will ensure that we can empathize and feel compassion with groups of people, or nameless individuals, and not lump them altogether

There won’t be any shit-hole countries, entire groups of people won’t be labeled rapists, and we won’t be able to turn away from kids in cages because we have no clue what their name is.

Confirmation bias will be given short shrift too.

No longer will people be able to search for information that only supports their beliefs. They will have to learn new shit.

And, throwing a tantrum because you cannot find information to support your belief because it doesn’t exist in this or any of the other infinite amount of parallel universes for that matter, will be a thing of the past.

Er, except there is no past, so it just won’t be a thing.

And finally, impact bias will be taken around the back and given a good kicking.

That fucker has made too many people think bad shit will go on forever and ever when in reality it all comes and goes. Even if it sometimes feels like it’s going on forever.

We’re due to fly out on the morning Wednesday 4th November and I hope you will wish us a bon voyage.

I say due to fly out because I did buy the rather expensive ticket that allows us to seek a refund if we change our minds.

I can’t see it happening personally.

But, if maybe something happened in this Universe that went a small way toward improving things before midnight on Tuesday 3rd November, we could be persuaded to stay.