The Locus of Control 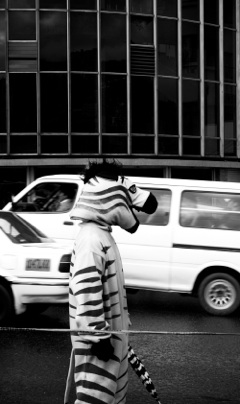 You may not be aware of it, but you have a locus of control. In fact you have two of the little suckers, one external and the other internal. If you’re like most people you’ll tend to lean more towards one than the other, but both will come into play at varying times in your life depending on the circumstances, and both are needed.

Ask yourself this question:

Would you be prepared to turn up at a black tie event dressed as a Zebra for a joke and not worry about the consequences?

If the answer is a resounding “No!” then that’s most likely because you’re external locus of control has kicked in. It’s the thing that’s worried about and takes into consideration, the good (and sometimes, not so good) opinion of other people.

It’s the voice in your head that says “Don’t go back to the buffet table for seconds (or in my case fourths) in case somebody thinks you’re a greedy fat *^&%#@$.” It tells you that even though you’re half way to the Mall, you really should go back home and put matching shoes on. And it will happily point out that five people have told you that your new business venture is crazy so it must be so. Therefore, you’d better quit and stay in the dead end, soulless job that’s safe even if it is destroying you from the inside out.

You’ll justify an over zealous external locus of control as being a good thing because it takes into consideration other people. It listens to ‘reason’, it and it looks after your best interests by helping you avoid future disappointment, even if that does mean you end up living a life more ordinary.

Now ask yourself this question: 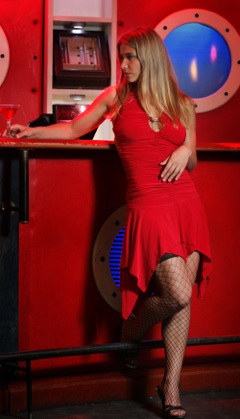 If you bought a new dress and went to a party and somebody else was wearing the exact same dress, would you care?

If the answer is you wouldn’t give a damn, it’s because you’ve a strong internal locus of control. Well, either that or you hit the Cosmo’s a little early and you’re too hammered to care. Alcohol notwithstanding though, on the whole you don’t concern yourself with what other people think of you, because you like you and that’s all that matters.

Your internal locus of control says things like “It’s a brilliant idea to quit my high paid job and start a new search engine with $17.81 and go head to head with Google” or “I’m going to fart in the restaurant whether they like it or not, after all, the dog never complains and she has a much more acute sense of smell” It also wont care if you go to the shops without putting your make-up on and it certainly doesn’t expect you to tidy the house before the cleaner comes round to….er….tidy the house.

You need balance in your life and it’s no different with your locus of control. If you’re too internal you become immune to what other people think and very self-centered. You’ll disregard good advice, believe you can rule the world if you put your mind to it and frequently be seen as stubborn and arrogant, even if that’s not necessarily the case.

On the other hand, if you are too external, you’ll be forever worrying about what other people think of you and believing that your fate is outside of your control. It may be that you’re well liked, but it also may be that you’re often put upon. You probably hold yourself back in life with the constant fear of what others may think of you. You’ll almost certainly lack self-confidence too.

To be either very external or very internal is bad enough, but it can actually get worse than that.

The nightmare scenario is when you mix the negative aspects of your internal and external locus of control and lose sight of the positive features.

You listen to criticism in external mode and take it to heart because you think that person knows what she’s talking about and after all, it’s probably well deserved.

Yet when somebody offers praise you quickly and adeptly move into internal mode. You disregard the compliments as being artificial or by thinking the other person or people really don’t know the whole story about what a fraud you really are.

None of that is good, so what can you do about it?

I’ll tell you that next time….