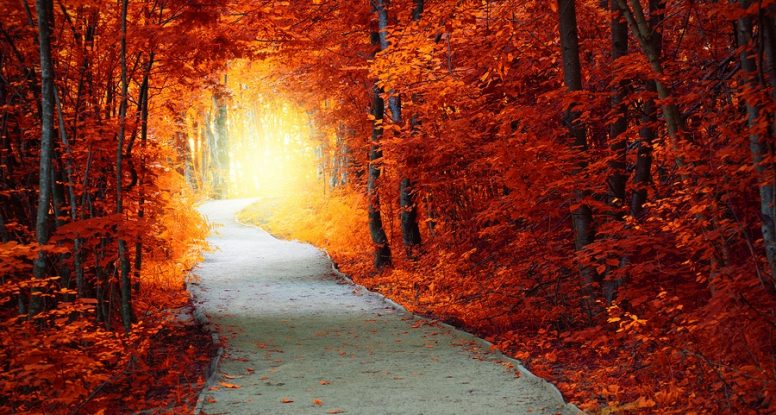 Why Feeling Like Shit Is Your Best Path To Happiness

Want to find your path to happiness? Then read this very cool guest post from Therese Sibon.

Your day starts in hell. The train door slams in your face and moves on without you. You miss your interview.

You’re stuck in traffic and a fender bender plummets you into an insurance nightmare.

Your start-up has wound down.

Your day starts in hell, enters a dimension of damnation and spirals out of control.

The culture-at-large counsels you to Think Positive! Be Grateful for All You Have! A Smile Changes All – Science has Double-blind Proof!!

While part of you wants to bypass the misery and jump into joy, another part is nauseated by chirpy pep talk.

The best way to get happy?

Be Miserable To Find Your Path To Happiness

Feel every, single nasty, furious, whining reaction to the shitty situation and make no attempt to improve it. Feel it in your bones and in every cell of your body.

What happens when you don’t feel misery, anger or envy?

You stuff it. Fake it. Your deep, dark, emotional secret remains unrevealed to friends and family, Instagram and Facebook.

Looking around, it seems like everyone else has it under control. Everyone else appears happy.

I’m the freak, your inner voice concludes as your hidden shame becomes an added misery.

What happens when you annihilate, medicate, or suffocate any feeling that creates any discomfort any time

Where do you go from there?

If you’ve ever watched a toddler when thwarted, he hurls himself to the ground, battering whatever is in reach, yelling his tiny head off. No doubt at all – he is miserable.

He gets up, tears still dripping off his chubby cheeks …. and looks for what’s next.

Misery felt. Misery over. On to the new.

When Being Too Positive is Dangerous

When things go wrong and we acknowledge the crap, we move through it easier.

Then there are tragic events which require a similar, though nuanced approach.

Last year, a tragedy occurred in our local high school. One of the track members dropped dead of a heart attack during a meet. He was 16 years old.

After his memorial service, I picked up my daughter and her close friend, a track runner who had witnessed the horrific event. I asked them how they were doing.

My daughter was speechless, tears running down her cheeks. Her friend smiled and nodded vehemently, “I’m fine, I’m ok.”

I’m fine, It’s all good, It’s ok – are typical responses to bad situations. I have heard them often during acute trauma, both physical and psychological.

It’s a shock response and probably a salvation in the moment (the issue so bad you cannot even fathom it). But repeated holding of these statements are not only inauthentic, they’re dangerous.

The young woman was going into shock, all the while smiling and being “fine”.

Lessening the Shock of Tragedy

Concerned about her welfare, I took the two young women home. We sat by a window and watched the stars come out.

We discussed the horror. We sobbed.

The next morning, the two were still grieving, but in the process of being ok with it. Really ok.

While it may be terrifying to encounter the pain in the moment of deep loss, ultimately it transitions your suffering to a grief that, while still sad, is manageable.

Acknowledging the effects of a tragedy from the beginning, lessens the potential for PTSD and chronic holdings of unprocessed mourning

When Just Fine is Just Fucked

In Bruce Springsteen’s new memoir, he reveals his lifelong struggles with depression.

What? The Boss struggles? While his music portrays the depths of darkness, they’re merely songs.

The real Boss gets onstage and blasts it out to millions of people.

Of course Springsteen experienced the despair of his unique perceptions on his life and the life of the underdog!

Can you imagine the muzak he would have created had he blanded out the bad for the sake of feeling …. just fine?!

In a recent interview, Springsteen discusses his hit song, “Born to Run”, written as a young man about his desires to run away from life’s troubles.

He mentions his father’s mental illness and muses on that being his dad’s story as well. “It was just, I gotta get out of here.”

If you really want to stay miserable, run away from it. Keep telling yourself it’s fine when it is not. Smile.

Better yet – rebuke yourself for feeling miserable in the first place.

The effort it takes to do that will exponentially intensify the feeling of “I’m not [insert: good, intelligent, lucky] enough” to get out of this crap.

Tell yourself it’s ok to feel like shit before you transform it to something better.

The negative of misery contrasts and highlights the positive of what you want, flip sides of the same coin.

Feel all your despair, darkness, shit and suffering.

Feel its power. (It’s powerful enough to ruin your day.)

Then … take a breath. Take a break.

Ask yourself: What do you want? (Not this, for sure!)

Like that toddler shaking off the rage, that young woman acknowledging her grief, the Boss creating art from darkness …. take the power of your misery and re-direct it towards whatever your heart desires.

Now on to happiness.

Therese Sibon is a blogger, alchemical transformation coach and radical optimist. She believes that any obstacle in your life has power (it’s keeping you stuck, right?). When you focus and re-direct that energy ….. magic!

Therese loves to share her magical resources with all of you. Visit her at Transform Your Shit