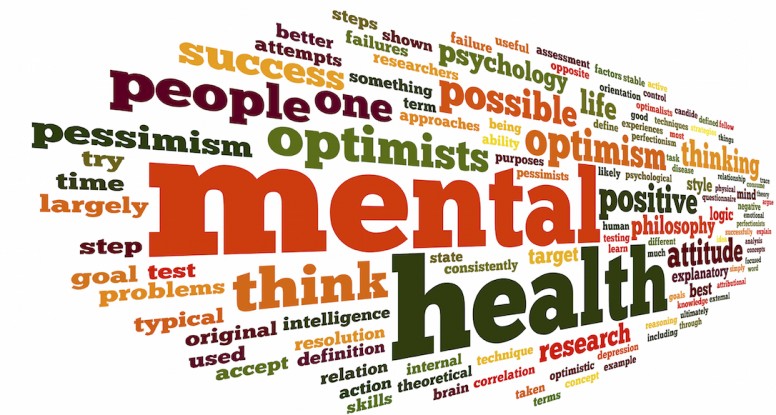 For years now the self development industry has had an almost obsessive desire to inflict the idea of positive thinking upon people.

There have been dozens and dozens of books written on the subject stretching back to the early days of the industry with people like Napoleon Hill, Earl Nightingale and Norman Vincent Peele.

Peele’s book, ‘The Power Of Positive Thinking’ is arguably the seminal book on the topic, even though it’s chock full of anecdotal evidence, vague references to nameless people and zero science.

Since those early days, few people outside the positive psychology movement (which by the way is not at all the same as positive thinking, even if there are some basic similarities) have bothered to dig a bit differently to see if there is value in this approach.

As such, there are still books being published on the subject, blogs posted and videos uploaded.

And I’m sorry to say the Life Coaching industry is littered with ill informed Life Coaches banging home the same message – ‘you must be positive if you want to be happy!’*

Sadly, many take it to such extremes that they daren’t ever be seen to complain online, or admit parts of their lives suck, or that they have the occasional shitty days, shitty weeks or heaven forbid, entire areas of their lives that suck.

Yet as far as I know, all are Human beings and all Human Beings have shitty days, shitty weeks and entire areas of their lives that suck.

I’m constantly on the look out for my generalized anxiety order flaring up.

Which by the way it did for two days last week, resulting in one very poor night of sleep for no apparent reason other than it’s an established pattern from when I was a kid that isn’t easy to break.

I have the knees of a 70-year old, the teeth of an Englishman and an blood disorder that means I have to have monthly phlebotomies to avoid the risk of developing pancreatic cancer.

That’s part and parcel of life, and guess what?

I don’t need to be positive about negative shit, I just need to deal with it, by working hard on keeping my leg strength up, getting a root canal today and laying off iron rich foods.

I can also reframe the events quite easily and reframing has been scientifically proven to improve mental health.

My knees ache a fair bit some days, but at least I can afford to have a gym membership and get physical therapy when I need it. And at least I’m not at the stage where I need cortisone injections.

I  also have a great dentist, decent insurance and no fear whatsoever about dental procedures.

And as for my hemochromatosis, well I was super lucky that it was found in a routine blood test before I dropped dead with no idea why.

I don’t feel positive about any of those things, I just deal with them and remain optimistic.

The problem, for want of a better word, with the concept of positive thinking is that it makes so much sense at the surface level.

Smiling through the dark times seems so alluring.

The more positive we are, the happier we’ll feel and the more successful we shall be, right?

Positive thinking is one of those elements of self development that can work really well right up until the moment it doesn’t.

To paraphrase Churchill, positive thinking is is a riddle wrapped in a mystery inside an enigma.

The Self Development Industries Downfall

But the self development industry doesn’t like dealing in shares of grey.

It wants to tell you this will work or that will work, and if you could just read this book and follow these steps, a happy fulfilled life awaits you.

In other words, it wants to bullshit you into believing there is a cookie cutter approach to life that works for everybody.

Not necessarily intentionally, and not necessarily to part you from your money, but because by and large it’s lazy and it’s much easier to follow established ways of thinking.

Not many people want to rock the boat because they realize they may be the person who falls in the water in the form of being ostracized and/or losing credibility with their peers.

And this could be one of the reasons Life Coaching as an industry is struggling more than necessary to establish itself as a profession. Unlike the field of positive psychology, it’s not making the same efforts to evolve and question its own beliefs.

Let me make something clear. The majority of the advice given on blogs and in books is well meant.

I really don’t think there are many (although there are a few) people lying to make money, but I do think there are people who are just regurgitating others peoples content often from decades ago, without questioning its validity.

The Most Positive Person I Have Ever Met

I have a good friend back in the UK who I have written about on more than one occasion because of his amazing attitude to life.

He started off as my manager and an incredible manager he was too, and we soon become great friends.

Nothing could bring this guy down for more than 10 minutes and I have never met anybody who embraced the positive thinking culture with such fervor and such belief.

So intense was his belief and so well did it seem to work for him, that he was part of the reason I got into self development and started reading books like the aforementioned ‘The Power of Positive Thinking’.

I’m not sure whether it’s that I have a natural tendency to see problems and refuse to pretend they don’t exist, or whether I’m just a miserable fucker, but it never quite felt right to me no matter how hard I tried.

That’s the reason when I stumbled across ‘Learned Optimism’ (al) by Martin Seligman and became aware of positive psychology that it immediately gelled.

Positive psychology doesn’t require you think positively all the time, in fact far from it. It does encourage optimism in the face of adversity, but it’s ok to leave positivity at the door from time to time.

And the reason is twofold.

Firstly, it can be delusional.

I’m not now grinning away at the thought of my root canal later today. It’s a pain in the ass. It’s going to cost me over $1,000, 3 hours of my time, some pain and a load of inconvenience.

Some may say, but wait a minute Tim, that’s not necessarily positive thinking and they would have a point, I am taking it to extremes, but here’s where the difference lies.

I’m also not thinking, nothing possibly could go wrong, I wont have any pain and I don’t need to reschedule my 5pm client as per the positive thinking handbook would advise.

I’ve had root canals before. Some have gone great, others not so.

Therefore, I am prepared for some pain and I have cleared my calendar afterwards in case I feel like shit.

But the second reason is even more sinister, as positive thinking has been linked to mental illness in some people.

My friend got diagnosed with Parkinson’s Disease 3 or 4 years ago. On the surface it’s hard to imagine anybody better equipped to deal with it, but I’m gutted to say he’s struggling mightily.

He posted one of the most gut-wrenching comments on Facebook I’ve ever read recently about the darkness he feels and the depression he is trying to stave off.

It brought tears to my eyes and all I wanted to do was fly home and hug him.

But if you know anything about positive thinking you will probably be nodding your head and thinking, “yep, I can see that”.

The problem with using positive thinking all the time is when the shit hits the fan big time, there’s nowhere else to turn.

People who rely on it as a coping mechanism have tremendous difficulty with major life events such as serious illness, the death of a loved one, losing their home etc.

You cannot positively think your way out of that kind of situation because your brain knows it’s bullshit and rebels.

Thinking positively has it’s place in our lives. I’m not demonizing it at all, because it can get people through minor setbacks.

And I’m most definitely not saying you should focus on the negative all the time because that would seriously diminish your chances of a happy life.

But I am saying this:

You shouldn’t ignore the negative stuff or try and smile your way through it all the time. It’s ok to be sad sometimes and it’s ok to say, “this fucking sucks!”

Life is all about balance and this is no different.

So when people try and ram the ‘be positive’ message down your throat all the time, realize that their motives may be sound, but their judgment and understanding less so.

I realize that some people will vehemently disagree with me.

When that does happen, people usually point to themselves or people they know as examples.

They have to, because there’s no science to support their view.

I’m still happy to hear from you though, whether you agree or just think I’m a miserable old git.

Note: Norman Vincent Peele was staunchly anti-Catholic and fought hard on behalf of Richard Nixon and declared that is John f Kennedy were elected that the culture of the United States was at stake as he would serve the Pope before his country. Nice bit of positive thinking dontchya think?

* Whereas there are indeed a lot of Life Coaches who take this approach, there are also a lot who don’t, so please don’t be put off by coaching because there are a lot of great coaches out there doing excellent work.