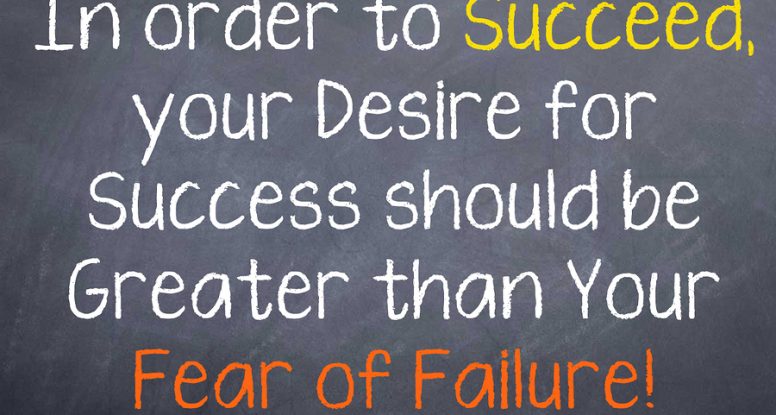 How I Failed Spectacularly

I failed and I failed spectacularly, and you know what? I don’t care.

And I don’t care because I tried my best and short of abandoning coaching and work that pays my mortgage and feeds my family I’m not sure what else I could have done.

I’m relaxed in the knowledge there is/was something if only I’d had a flash of insight, but sometimes insight doesn’t arrive and we have to be ok with that.

The main thing is we tried.

I contacted a lot of people, I sent out probably hundreds of e-mails and I even got in my car and went and knocked on doors in the Orlando area.

About 4 years ago myself and John Strelecky my co-author turned down the opportunity to have our book ‘How To Be Rich and Happy’ formally published in the US.

We Were Apparently, Nuts

Out agent thought we were nuts.

Then when we got an offer to publish the book through the second biggest publisher in the UK and we turned that down too (and the advance of several thousand dollars) she thought we were even more nuts than before.

According to her, we were the first authors in her twenty year career that had ever turned down the opportunity to have their book published overseas.

But we were concerned an English language version could then be sold back into the United States and we didn’t want that to happen.

Yes we sold into China, Taiwan, Germany, France and the Netherlands but to achieve what we initially wanted to achieve meant that an English version was out of the question.

We decided to sell the book on our website and use all the profits to print more copies to give away to good causes.

It’s easy to think if you are into self development that most other people are too, but that is a long, long way from the truth.

I have no official stats, but my guess is that 90% of this country has never bought a book on the topic.

There can be any number of reasons from not having enough money, to not believing change is possible – so why even try (it is by the way, neuroscience has beaten that erroneous belief into oblivion), to just being unaware that this huge industry even exists – and no, I’m not joking about that.

We had a cool idea. Or at least we thought so at the time.

We really didn’t care who they went to as long as the people were being exposed to new information.

We approached charities, churches, organizations such as the Rotary Club and even the military (we actually got to ship a few cases to troops stationed in Afghanistan one Christmas).

We offered to give free talks, be interviewed, write guest posts and even in some cases hand deliver the books.

On one occasion we prepared a speech to give to several hundred charity workers and were due to give it the following day as well as delivering 500 copies of the book.

I do little public speaking, but John does a lot and charges $10k for a keynote talk, so this was a demonstration of our commitment.

The day before the talk I got a phone call from a rather sheepish and embarrassed Director of Operations. Our invite had been rescinded?

And the reason was, the most senior member of the Board of Directors had used his power of veto to do so.

Because he didn’t like the title of the book.

He hadn’t actually read the book and even though our advocate had explained it wasn’t about being rich financially, and most definitely wasn’t a get rich quick book, it was to no avail.

Being Wealthy Is Not The Same As Feeling Rich

The fact is, the book is about doing work that makes you feel rich in spirit.

If you read my last post ‘Are Two Bricks Causing You Misery?’ you will know I am not financially rich, in fact, far from it.

But I am incredibly lucky to do a job I love, to set my own calendar and be in a position to help people.

I’m not (nor will I ever be) a so-called super coach who charges $50k and upwards to get out of bed and see a client.

There are a group of coaches that have convinced themselves that it’s ok to pressure clients into putting themselves into serious debt to work with them.

The reality is, as coaches we can never guarantee our results and the thought of fucking up somebody financially for the next 20 years doesn’t sit well with me.

The title of the book definitely didn’t help us until we got the opportunity to explain that it was designed to appeal to the get rich quick brigade and then show them there are other ways to be happy other than chasing the mighty dollar.

Sadly, most charities didn’t allow us to get that far.

The Book Is The Wrong Color!

One charity in particular who I will not name but think Tour De France, told us it didn’t fit with their branding because of the color of the cover.

What is the world coming to when a charity is more concerned about its brand than helping people?

It’s quite soul crushing to ring up a job club and offer to ship a book to every member to help them get on their feet and be told, ‘thanks, but no thanks’.

I was often left shaking my head in disbelief. What did they have to lose?

On the flip side we had some great supporters and for the most part they were Churches. That wasn’t something I expected if I am being honest – but maybe that just exposed my own ignorance.

A lot of people told us at the beginning we couldn’t do it and we ignored them.

It may look like that we were foolish to have done so and we should have just published the book and taken the money, but I don’t see it like that.

If we’d set a goal of giving away 10,000 copies of the book we would have nailed it and I wouldn’t be talking about failure, but a job well done.

But it is still a job well done and the e-mails I received from people thanking me testify to that.

I shall be closing down the bank account this week and the site will be gone soon along with the Facebook page, but I’m proud we gave it a shot.

I don’t wish we’d listened to the naysayers or never tried just because we were afraid of failing.

For the most part failing isn’t the problem (unless you plan to be the first person to jump out of a plane at 18,000 feet sans parachute) , it’s how you view that failure and what you learn from it that really matters.

As the quote goes that is sometimes erroneously attributed to Michael Jordan, but goes back much further than that.