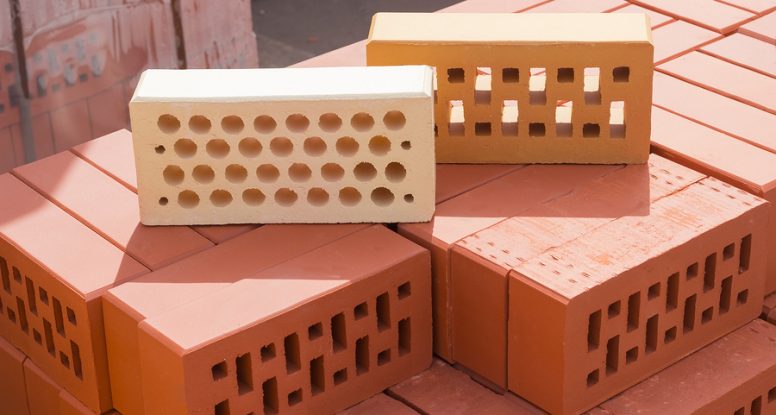 Are Two Bricks Causing You Misery?

I sent this post out to my newsletter subscribers with no intention of using it as a blog post.

However, the deluge of e-mails I have received over the last 24-hours from people telling me how it helped and/or moved them made me think I should share it with you too.

I had a session withy own coach* yesterday and it has to be said, I was in a bit of a funk.

Just in the last 7-days our A/C quit, our trash compactor followed shortly after, and not to be outdone, our garage door ket opening itself randomly!

Then things got worse, much worse.

My wife lost her best friend back in the UK to cancer, we had the murder of singer Christina Grimme who was shot in the head whilst signing autographs outside an Orlando club I have been to many times – then came Sunday mornings atrocity.

I managed to make myself feel even worse by reading about all the people gloating over the horrific incidence at The Pulse.

Following the bile being spewed forth by homophobes and supposed ‘Christians’ who believed it was a good thing made me start to question the direction humanity is going in.

Note: I put the word Christians in brackets because I believe the vast majority of Christians would have been as equally appalled by the vitriol as I was and are good people.

Meredith (my coach) suggested I read a book called ‘Opening The Door Of Your Heart’ (al) by Ajahn Brahm.

After the call I immediately downloaded the audio version and managed by the end of yesterday to get half way through it.

It really is an excellent book and I advise you grab a copy (al).

I want to tell you about the first story Ajahn, who is a London born Thai monk, talked about because it certainly made me think.

Back in the late seventies he was with a small group of other impoverished Thai Buddhist Monks. They wanted to build a monastery in northern Thailand but had little money and would need to do it on their own.

Ajahn was tasked with building a wall (something he had no experience of) that would incorporate 1,000 bricks.

He put his heart and soul (and no little patience) into building this wall using his experience in mindfulness to help during the times when he felt frustrated by the complexity of the task for a total novice.

He took massive care with every single brick, making sure that it was just so and that he could take pride in his work.

Eventually the wall was done and he stood back to admire his incredible accomplishment.

Horror of horrors, he noticed that two bricks were not totally aligned.

He felt sick to his stomach and as the mortar had dried in the hot Thai sun he could not move them.

So he went to the Master to ask if he could knock the wall down and start again.

He was refused and for months after felt a deep embarrassment and shame that he could have made such an obvious and unforgivable mistake.

When showing people around the new monastery he would even avoid that wall until one day a visitor saw it.

“What a fine wall’ he said without an ounce of sarcasm. Ajahn was aghast, ‘But can’t you see the two bricks that are out of alignment?’.

‘Of course’ said the visitor, ‘But I also see the 998 that are perfectly aligned, it truly is a beautiful wall’

The Shifting of Perfection

In an instance Ajahn ’s point of view shifted. He’d lost sight of the fact that so much with the wall was right because he was preoccupied with the tiny element that wasn’t perfect.

I know that I am very lucky.

I have a large A/C bill, a trash compactor that still doesn’t work and a very strange garage door, but jeez, 95%+ of the world have none of those things and hundreds of millions don’t even have running water never mind air conditioning.

Reframing the loss of my wife’s friend and the awful events in Orlando last weekend isn’t anything as like as easy when looked at as a whole, but I’ll try.

My wife’s friend brought her many wonderful memories and as a nurse herself, she helped hundreds of people throughout her life.

The world was better for her being here, as her family will testify to. She will be sadly missed, but her life was a life well lived.

Maybe, just maybe the violence in Orlando will have a positive effect in the long run.

It has brought solidarity and an outpouring of love and empathy from millions of people toward not just the immediate victims, but the LGBT community as a whole.

I’m about to get political so avert your eyes if easily offended.

Maybe the Pulse massacre will also help speed up legislation that prevents people from buying guns that have only one purpose, that of killing and maiming others very quickly.

As a Brit I am not going to stamp on people’s 2nd amendment rights. If you want a hand gun in your house for protection, go for it.

But nobody ‘needs’ a semi-automatic rifle for safety, they are purely designed for war and the US is the only country in the world that I am aware of where they are so freely available legally.

The point of this post isn’t to stir up a gun debate and I won’t welcome people trying to take that opportunity.

Look For Your Own Two Bricks

The point is to look for your own two bricks.

Are you making yourself miserable because 2% of your life isn’t how you would like it to be, whilst at the same time ignoring how lucky and just downright cool you are in other areas?

Could you shift your focus a little to see your two bricks of signs that you are human and as such not perfect, but beautifully imperfect?

If you can’t, you will find yourself stuck in misery and forever focussed on what is wrong – a bit like I was for two or three days last weekend. Trust me, it wasn’t helpful or fun.

PS *You may think it unusual for a Life Coach to utilize the services of a coach, but I have worked with 6 separate coaches.

Because I see the massive value coaching can offer.