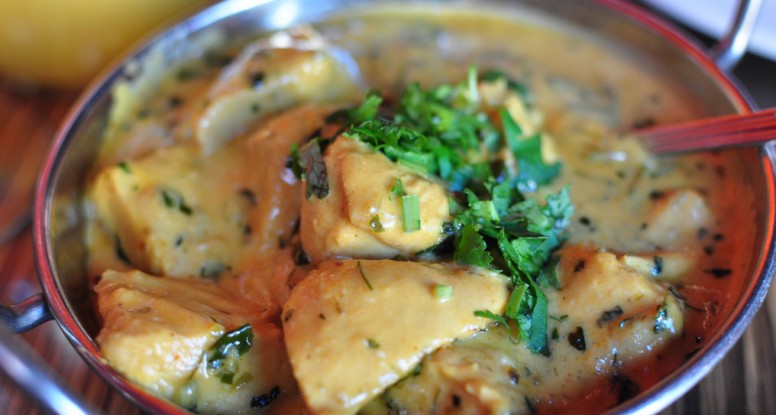 Last week I got into a rather heated discussion on a St Louis Rams message board.

Many fans were getting irate at the Rams for mailing in yet another poor season, something that has being going on for over a quarter of a century.

Well, I say it’s been going on for over a quarter of a century, but that’s not entirely true.

There was  a 3 year period in which we won one Superbowl, made it to another and scored more points than any team in the history of the NFL over a 3 year span.

The word Karma kept getting bandied around because many people saw this as payback for the death in 1979 of Caroll Rosenbloom the then Los Angeles Rams owner.

All evidence pointed to the 72 year-old having a heart attack when out swimming in the ocean, and indeed that was the conclusion of the post mortem.

However, Rosenbloom had a history of gambling and it didn’t take long for the conspiracy theorists to conclude he’d been murdered, with some even pointing the finger at his wife Georgia.

This was all the proof needed by some people to assume the Rams had ‘bad Karma’ and nothing could be done about it.

I sarcastically asked if Karma was on vacation between 1999 and 2002 when we had ‘The Greatest Show on Turf’, but of course that was dismissed.

I was frustrated in the same way as I get frustrated when I see people using Karma as an explanation for all sorts of bizarre occurrences simply because they have this weird Westernized concept of it.

Interestingly, a concept that usually bears little to no resemblance to what Buddhists and Hindus think.

Rather than thrash around trying to explain a topic I’m in no way an expert on, I asked my own Life Coach to explain it for me.

Meredith Hooke is a Buddhist and meditation expert (which is why I hired her) and also a Life Coach, and here is her take.

Oh, and before you ask, yes that is a picture of some chicken korma. Well you try and find a picture of Karma, it’s an illusive fucker let me tell ya!

Thirty years ago no one talked about karma – but today it’s plastered across everything from t-shirts to bumper stickers.

Even your local barista’s tip jar has a sign wishing you “good karma” with every dollar you put in; and perhaps insinuating if you don’t you’ll create “bad karma.”

We envision some kind of cosmic karma score-keeping system – where all our good and bad karma points are being tracked.

If I have more good karma points then an unexpected check arrives in the mail – yay!   More points in the bad column and my iPhone breaks.

Whether you believe it or not karma does exist – just as gravity does.

We all understand the rules of gravity – most of us would not walk off of a cliff – and those that do get weeded out of the population very quickly!

So too we should learn how to work within the laws of karma – because it is key to our happiness and stops us from walking off the metaphorical cliff!

Karma means there is a consequence for every action.

But Really It’s About Intention

The result isn’t based on the action itself but instead on the intention of the person doing the action.

Let’s take a look at Helen and Tim to see how this plays out.  Names, sports teams and jobs are of course all purely coincidental.

Before Helen can even set her napkin down on the table, Tim has reached over for her plate and tells her to remain seated and relax – he’s going to do the dishes.

Both feel good – she appreciates his kind offer and he feels good knowing he’s doing something nice for Helen.

Now let’s rewind back to Helen setting down her napkin again at the end of the meal – she looks to Tim and asks if he would do the dishes, she’s just exhausted from her long day and could use a few minutes to relax.

But Tim doesn’t want to do the dishes – the clueless St Louis Rams are playing tonight and the game starts in three minutes – just enough time to grab a beer and get comfy on the sofa to watch them lose again.

So instead of agreeing to Helen’s request Tim protests and argues he’s had a tough day as well coaching people and shit like that and anyway his team is playing!

From there the request/protest becomes a little heated.  In the midst of the argument – Tim starts grabbing all the plates and goes off to do the dishes in a huff.

But now he’s doing the dishes with anger and resentment in his mind; and Helen isn’t feeling too great either.

In both scenarios Tim does the dishes but the INTENTION is very different and therefore the results differ.

Now you may be thinking that was a fairly generic action – surely some actions are inherently more virtuous or unvirtuous than others?

What About The Heavy Shit?

Bernie Madoff, the perpetrator of the largest Ponzi scheme in US history, was very philanthropic (of course, it’s much easier to give away other people’s money).

On the surface people thought of him as a very generous and successful man; which is exactly what he wanted people to think.  The action seemed virtuous but the intention was greed.

In fact, it would appear that every action Bernie took came from an intention of greed, deception and fraud.

Maybe you’re thinking, “well he got away with it for a long time and lived a lifestyle 99% of the planet can only dream of – so maybe it was worth it?”

Or that there are a LOT of people that spend their whole lives lying, cheating, stealing and killing and never get caught.

Did karma stop working in these instances?

Remember there is no cosmic score card – karma does not decide who is right or wrong, or who should be punished or not.

See how quickly we revert back to the false idea of how karma works?

Looking at Bernie’s life, it was based on a pack of lies; deceiving not only friends and associates but his whole family.

Greed appears to be the primary motive for Bernie, as it is for most people involved in financial scams.

Based on my own experience I know when I’m feeling greedy I do not feel good – instead I feel tense and anxious because I have convinced myself that I must have something in order to be happy and right now I don’t have it.

When I do get that item, I might feel good for a few moments but ultimately it is unsatisfying because as the old saying goes “the more you get, the more you want.”

The imprint left on my mind is that I must have more “things” in order to be happy – endless desires – resulting in a life of wanting, chasing and dissatisfaction.

Back to Bernie and throw in the fact that his desires have over taken him so much he’s willing to harm others in order to get them – that’s how strong his belief has become – that he must do ANYTHING to have his desires fulfilled!

And on top of that, he’s always having to look over his shoulder and keep all the lies straight in his head.  That is a life based on desires and fear and I promise you that is a negative mind state.

That is his karma – he’s not getting away with anything.

Again, it’s not the action, it’s the intention.

What if you came home to find a nearly dead mouse in your kitchen?

It’s obvious the mouse is suffering and is dying a very slow and painful death.

What would the compassionate thing be to do?

As hard as it would be, personally, I would kill the mouse.  Even though I have just killed something, my intention is compassion; not to cause harm but instead to end suffering.  There is no negative imprint on my mind.

If we go back to Tim’s initial offer to do the dishes; the imprint on his mind (the result) is one of generosity and kindness.

In the next scenario, where Tim doesn’t want to do the dishes the imprint on his mind (the result) is a feeling of resentment, bitterness and selfishness.

This is how karma works.

Your intention leaves either a positive or negative imprint on your mind.

And I don’t mean positive or negative from a moralistic point of view but simply from the view that universally we like the feeling of generosity, compassion and kindness and we don’t like feeling resentful, bitter or selfish.

You may think “I would never do what Tim did in the second scenario!” And let’s be honest he was kind of acting like an ass!

We become indignant so fast and so easily – our intentions turn negative in a split second.   And because we don’t understand how karma really works we don’t think about how this is effecting our own happiness.

We all want to be happy – everything we do in life is because we think it will bring us happiness or at the very least avoid unhappiness.

Unfortunately though we don’t understand the rules so instead of getting more happiness we get more unhappiness.

Please don’t take my word for it – explore it for yourself.  Apply this to your own life – look at examples from past experiences and experiment in the present – see what the results are.

This either works or it doesn’t.   And if it doesn’t you should throw it out!  But don’t just read about it – see if you can bring more happiness into your life with a better understanding of how karma works.

Meredith Hooke is a Life Coach that uses the principles and practices of Buddhist philosophy, meditation and mindfulness to help people retrain their brains to be happier.

To learn more about  Meredith, please visit her website

I don’t make the decision to hire another Life Coach lightly, so whereas I think you should hire me (no shit) I also highly recommend Meredith if I’m too much for you!