The Primal Blueprint – Why I Haven’t Quit 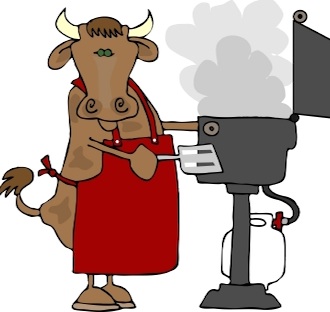 Let me tell you the last few days have demonstrated to me the power of leverage and then some. I regularly talk to coaching clients about gaining leverage to hit goals or make positive changes in their lives.

Goal setting is cool, but if you don’t have the requisite leverage you’re either going to fail or make it a lot harder than it needs to be.

Let me be totally honest, without leverage I’d quite possibly have failed in my quest to stay on the Primal Blueprint this last week.

I’m terrible at keeping promises I make to myself. On the surface that sounds like a horrible confession (or a great one depending on your viewpoint) for a Life Coach to make, and one I probably wouldn’t have dared have made 2 or 3 years ago for fear of being thought of as a fraud.

However, I’ve come to accept that there are things I’m good at and things I’m crap at. I’d rather concentrate on making the good, great, than flogging the proverbial dead horse by trying to make the crap, mediocre. Which is exactly what I’ve done in the past.

Knowing, accepting and even respecting your weak points, means you can plan for them accordingly.

And that’s exactly what I did by blogging about the paleo/primal experiment. I hate to let other people down and will move heaven and earth not to break a promise to somebody else, so effectively, I made you my leverage, so I hope you don’t mind.

When all I wanted to do this week was have a rice and potato sandwich I thought of the promise I’d made to you. It didn’t mean my thirst for carbs disappeared, but it did mean I didn’t crumble faster than the Cheshire cheese I was drooling over and I stuck to the path.

I’m sure you’re wondering what it was exactly that had me wishing for 23 hours of each day I’d written a post on Mongolian Goat Wrestling last week, rather than committing to the lifestyle change that this ‘diet’ brings.

A number of people advised me to transition slowly off the carbohydrates and sugar to avoid any serious shock to the system. I laughed (inwardly) at their wussy advice and used the preceding week as an excuse to eat the kind of diet that would have made a Sumo wrestler weep with shame.

I probably ate more sugar and processed carbs in my lead up to the change than I had in the previous month, and no, I’m not joking.

Consequently my body has rebelled at the huge change and I’ve spent most of the week feeling crap and wishing I’d listened to the wusses.

If all this change offered were weight loss, then I’d not be at all interested because even though I’m carrying a little bit of excess weight round the middle, it’s probably no more than 10lbs and it isn’t a major concern to me and I’m relatively fit.

Having said that I’ve lost 5lbs some how or other and I’ve eaten a lot of high calorie food like nuts and meat, so go figure.

What Have I Been Eating?

Breakfast has been, as advertised, the biggest pain in the ass. I love fruit, but I’ve discovered I can’t stomach it before about 11.00am and anyway as you will read below it’s not ideal. I also love eggs, but forgot that I love them when I’m dipping toast in the runny yolk.

Consequently, breakfast has been either nuts or the previous evenings leftovers eaten about 90 minutes after I have got up. That’s not ideal, but I’ve been taking supplements as soon as I do get out of bed and I’m going to work on eating earlier.

Lunch has been almost exclusively salads consisting of mixed leaves, avocado, cucumber, peppers, scallions and sometimes broccoli and cauliflower with tuna or chicken as the protein. This really isn’t an issue for me because I love salad and living in Florida makes it always appealing

I miss ranch dressing, but it’s got all sorts of nasty unPrimal things in it that make it a no-no, so I’ve been using balsamic vinaigrette and I’m cool with that.

Dinner has been a real mixture and much better than I anticipated. Buffalo is surprisingly tasty and the sockeye salmon Bob Poole so kindly sent us went down a treat. My favorite recipe to date came from Mark Sisson’s Primal Blueprint Cookbook and was a Moroccan chicken. Absolutely fantastic.

What Have I Been Drinking?

This caught me completely by surprise. I’d not stopped to think that my drinks of choice, orange juice and milk, were now off the menu. I know that some dairy is ok on the Primal, but I decided to avoid milk.

I have nothing personal against water, after all, over half of me is made up of it, but it’s not the tastiest drink in the world is it? I’m not sure if this is part of the process of my body converting to a new way of doing things, but I seem to have been more thirsty than normal and been drinking lots of the stuff. Maybe I’m just noticing it more because it’s water.

I have drunk the occasional diet soda, maybe 3 or 4 all week and I am still drinking coffee with coconut milk.

How Have I Been Feeling?

Ok, so as I mentioned above this hasn’t been great. The two worst days were the Monday itself and Saturday evening. I had a full day of clients on Saturday and by the time I’d finished I was quite honestly, exhausted. Way more so than normal.

I got really complacent and forgot to eat according to the guidelines and took on hardly any fat which is an integral part of the primal blueprint. I had a little bit of frittata for breakfast and then some leftover chicken breast for lunch and a handful of almonds later on, so lots of protein but not a fat lot of fat.

Then I went to the movies to see Inception (fantastic movie btw) and felt a huge crash. I got clammy palms, went a bit light-headed and felt my blood sugar was dipping alarmingly, to the point where I thought I may pass out.

I was concerned enough to eventually go and get a normal coke and I don’t even like that stuff, way too sweet for me normally, but I really felt like I needed to get some sugar into me and that was all that was available.

I know this was me not thinking forward and taking on just protein earlier in the day. The coke worked although I’m irritated I had to do that through not planning ahead. When I got home I had a huge bowl of fresh fruit salad and started to feel better.

Then I posted what happened in the forum on Marks Daily Apple and apparently that was the wrong thing to do and will only prolong the time it takes for my body to adjust to burning fat rather than sugar for fuel.

The advice I got was to cut out fruit completely for a week or so whilst my body adapts.

Of all the people I’ve spoken to and all the reports I’ve read, I haven’t heard a single soul say they saw their energy levels drop, so I’m going to go with this even though it feels completely counter-intuitive.

After buying The Primal Blueprint I e-mailed author Mark Sisson and asked if he’d do a written interview. He kindly agreed so I want to ask you if there’s anything you’d like to know from the man that is leading the movement?

Make the questions as testing as you like because the one thing I’m getting from the book is this guy knows his stuff and has done an immense amount of research – unlike the person writing this post who really should have finished the book before starting the process!

Feel free to leave them in the comments or e-mail me at tim at a daring adventure dot com.

So what do you think, am I nuts? My old personal trainer and triathlete trainer Pete Swaile from the UK thinks so and I have a ridiculous amount of respect or him, but I do want to see what this brings and would be disappointed to quit now. Thanks for the leverage and I’d love to hear your thoughts.