The Most Important Book Written This Decade 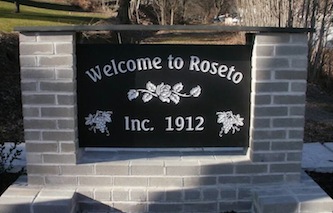 In Western Pennsylvania there is a small town by the name of Roseto.

Settled in 1912 by immigrant Italian families coming to the New World it was like a 1,000 other similar towns all over the USA.

Except that is, for one striking detail.

It was noticed in the early 1960’s that the inhabitants of Roseto had strikingly low levels of heart disease and far lower occurrences of heart attacks than surrounding communities.

We all know that not smoking, exercising regularly, drinking in moderation and eating well are amongst the keystones habits to good health, which is what made the findings so puzzling to the scientists pouring over medical records and death certificates.

And it was puzzling because the good folk of Roseto fitted none of the above criteria.

And all that was washed down with excessive amounts of cheap red wine and high tar unfiltered cigarettes.

The Most Important Book Written This Decade

As I have said here many times, I hate writing book reviews. As a rule I have really got to believe in a book and want to spread it’s message before I’ll drag myself through the torture of trying to compose a post that distills the authors message whilst remaining coherent.

‘Mind Over Medicine’ by Lissa Rankin is the kind of book that makes me want to write a review. I know that it can have a hugely powerful and positive effect on most people’s lives, including mine.

When I was talking about it on Facebook a couple of weeks ago I described it as the book Louise Hay should have written rather than, “You Can Heal Your Life’.

Unfortunately however, Louise Hay isn’t a medical doctor. And in her defense even though I really disliked like the book, there was nothing like the scientific evidence available at the time for her to draw on.

As such, it was full of conjecture and anecdotal evidence based largely on what had worked for her personally.

As you may well know, I’m not a big fan of people presuming that what works for them must then work for others because often that’s not the case.

When Science Meets Woo-Woo And They Both Get On

It’s a book grounded in solid research and whereas it may brush up against the edges of woo-woo on occasions, it does so in such a way as to keep people who are more interested in hard peer reviewed science (like me) interested and engaged.

It it also has instant credibility because Rankin is a medical doctor who was honest enough with herself to admit that her years of training were ill equipped to deal with many issues. That there may be a lot more to staying healthy and self healing than traditional medicine is willing to accept.

I takes guts to admit that your years of medical school, whereas important, only provided part of the picture.

That it’s arrogant (my words by the way, not hers) to ignore not just a massive amount of anecdotal evidence, but a growing body of scientific research being conducted on health.

In particularly, the effects of chronic stress on the human immune system and overall well-being.

Rankin shares a litany of case studies, some I’d heard of before (like Mr Wright who was given a cancer drug that didn’t work, but who went into remission) and many I had not such as the heart-breaking story of a dying young boy who went into short-term lymphoma remission when he thought he was about to see his estranged father.

Unfortunately, his father never showed up and the boy died shortly after. Kudos for Rankin for not naming the guy (although I presume she couldn’t really)  because I feel sure an axe and pitch fork wielding angry mob would have hunted him down by now if she had. I sure wanted to.

The Power Of The Human Belief System

I talk a lot about the human belief system and it’s incredible (usually untapped) power. This book only further entrenched my belief that we are on the edge of something incredible when the medical community get this all figured out.

A decade or so after they started to study the town of Roseto something weird started to happen. Heart disease and the damage that can cause started to rise dramatically, but why?

The locals were still eating poorly, drinking too much and smoking, so in that regard nothing had altered.

Except something more subtle and insidious had changed.

Prior to then Roseto had been one huge community in every sense of the word. People would socialize on a daily basis including eating meals together in the evening after a hard days work..

Neighbors were friends who would wander in and out of each others homes without thinking twice about feeling the need to be invited.

To coin a modern but appropriate phrase, everybody had each others back, and were happy to do so.

There was a strong sense of belonging, community and low levels of stress. But was this enough to account for for their amazing cardiac health?

The Start Of The Decline

Apparently yes, because as the town became more Americanized the socializing started to abate and the same sense of community and belonging was no longer the same.

Suddenly and with no other changes of any consequence, Roseto was no longer an outlier of good health.

It became blighted by the same health concerns of any other town who’s inhabitants did very little right when it came to looking after their health.

The Roseto story recalled by Rankin (and also talked about in the excellent ‘Outliers’ by Malcolm Gladwell) was a giant unintended experiment into the effects of community and low stress on human health, and the conclusions are incontrovertible.

Rankin posits that lowering chronic stress can have a greater medical benefit than quitting smoking and/or drinking. How many doctors do you know who would be ballsy enough to throw that idea out into the public domain?

Especially when you realize doctors are at the very top of the tree when it comes to high stress. As such, all sorts of cognitive biases and denial would creep into even admitting it to themselves never mind discussing it with colleagues or risking personal and professional ridicule.

As a side note, what do all the following doctors/scientists have in common?

All were ridiculed by the medical community when they made their initial claims and Semmelweis, Nott and Medel went to their gravies without ever being recognized.

Chronic Stress Is A Killer Of Biblical Proportions

Rankins book makes a compelling argument that chronic stress can have a destructive and catastrophic effect on our health, but I’m pleased to say she doesn’t stop there.

Rather than just scaring you to death, she delivers solutions on how you can reverse the damage or preferably, avoid it arising in the first place.

Drawing on positive psychology research done by one of my heroes, Marty Seligman, author of ‘Learned Optimism‘ and ‘Authentic Happiness‘ as well as work done by ‘The How of Happiness‘ author, Sonja Lyubomirsky, she explains that there are solutions that don’t necessarily involve a prescription.

She also explains the massive scientifically proven upsides of meditation on good health.

Maybe John the recent commenter on my tongue-in-cheek post “7 Reasons To Avoid Meditation’ who insisted that there was only anecdotal evidence to support the health benefits of meditation should grab a copy.

I said ‘Mind Over Medicine‘ is the most important book of the decade, but it may  actually may be more important than that.

It has the potential to lengthen and improve the quality of millions of peoples lives including yours, and if that isn’t self development in its truest form, I don’t know what is.