The Medical History of a Life Coach – The Conclusion? 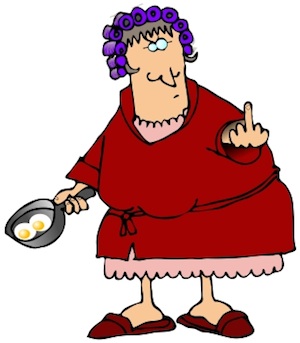 I had no intention whatsoever of posting a part 3 to The Medical History of a Life Coach so soon after part 2, but I had a real eureka moment yesterday that I wanted to share with you.

I know it seemed strange to some people that even though I felt dreadful during The Paleo Experiment and had to come off it, that I still believed so strongly in the science behind it.

I never for one moment thought that it was the Paleo approach that was wrong, just that the must be elements of it that were wrong for me.

A very brief re-cap. Both the Paleo and Primal approach involve cutting out all refined foods as well pasta, bread, rice, dairy products (largely), refined carbs and anything containing high levels of sugar.

The thought process is that we had over 200,000 years to evolve as human beings when we ate none of the above. We subsisted purely on foods that were in season or tasty animals that we could stalk, run after, catch and eat.

Then the agricultural revolution took place and all of a sudden we were eating foods our body wasn’t designed to deal with. For instance, we now know without any doubt that both gluten and cows milk are not good for human beings.

Unfortunately these products were established in every day life and thought of as being healthy a long time before the evidence to the contrary was discovered.

People ‘know’ milk is good for them because it is high in calcium and they’ve been told by successive generations that it’s a healthy part of the human diet.

Only it isn’t, it’s an urban myth. A persistent one, but a myth nevertheless.

I love toast for breakfast and I also love cereal, but unfortunately both of those were ruled out on the Paleo Diet. Therefore, when I started I had to be a bit creative, at least with breakfast, because my normal ‘go-to’ choices where gone.

Fortunately for me I also love eggs, and eggs are very Primal. I also really like sausages, bacon and mushrooms and they too can all be Primal. So whereas it was a bit of a pain in the ass to have to cook breakfast, at least I wasn’t struggling to find things I loved to eat.

You know the story if you have read part 1 and 2. I didn’t get better during the Primal Experiment, I got worse. Significantly worse.

Yesterday I got a call from Dr Lee’s office with the results from the blood tests they did to ascertain whether I had any food allergies.

A lot of them.

The results are grouped in 4 columns. Red is a severe intolerance, orange moderate intolerance, yellow mild intolerance and green is eat these suckers till the cows come home and then even eat the cow itself if you want.

I have 9 severe food allergies!

3 of which are irrelevant because I don’t like Dates, rarely eat Duck and can avoid Thyme.

Now we move from annoying into the:

I have a severe allergy to mushrooms and eggs.

At one stage doing Primal I was eating 4 eggs PER DAY!

it is any wonder my stomach felt like it was being ripped apart at times?

The reason why I wanted to follow up the previous posts is to say this.

I’m disappointed that I have allergies to the foods above (especially eggs!), but trust me when I say, giving them up will be easy knowing that I’ll start to feel great again.

I speak with a lot of people that have chronic illnesses (usually syndromes which basically means we have no idea what it is that is wrong with you) and I wonder how many could be treated by this approach.

If you and a loved one suffers from fatigue, apathy, depression, fibromyalga, insomnia or any unexplained illness that you simply cannot get to the bottom of (and presuming you can afford it), get yourself tested!

It isn’t cheap by any means (about $450 for the blood tests alone), but this is your health we’re talking about. I have few regrets about my life, that’s not the kind of person I am, but I sure wish I’d done this 10 years ago.

If you are in the Orlando area I’d thoroughly recommend you getting in touch with the Institute for Hormonal Balance (by the way that is NOT an affiliate link, I stand to gain nothing from this) and if you’re not local to Central Florida research similar practices in your area.

16 Ways To De-Stress Your Life

You may have noticed that my free tab has gone and I now have a Store tab in its place. My latest ebook went out free to my subscribers yesterday and will remain free for about a week.

I had originally planned to just offer it to my newsletter readers, but today is my 15th wedding anniversary and I’m feeling pumped about life.

So if you want a FREE copy, you can click this link and go and download it now, but be aware this offer will only be available until Sunday 17th April, so if you are reading after then, tough you’ll have to cough up the cash! ;-)

And finally, my good friend Carl Harvey who has guest posted for me a couple of times has just started a new venture called Stars of Wellbeing.

It looks really interesting and just for signing up you’ll get a few free gifts, including a 2 hour MP3 from one of my heroes, Jamie Smart, called “Uncovering Your Highest Quality of Mind”, which is well worth a listen.

It literally only launches this month so I can’t really tell you any more than that, but Carl is usually great value for money and I have no reason to believe that this will be anything different, so if you want to subscribe, or just know more click here. (AL)