The Internet’s A Weird Place 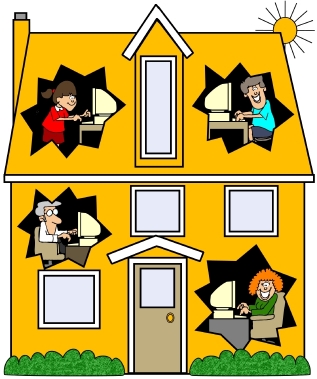 Last week when I had my idea to offer Life Coaching to the person who offered to donate the most money to the victims of Oklahoma I was pumped.

As I usually do, I posted the link to my Facebook page hoping to generate some traction.

All I actually generated was crickets chirping, some tumbleweed and a couple of kindly thumbs up.

The views of the post was way lower than normal and I did something I don’t think I have ever done before. I deleted the Facebook link and re-posted it.

The response, or lack thereof was the same.

There were a few shares from the Facebook link from my site, but none from Facebook itself. 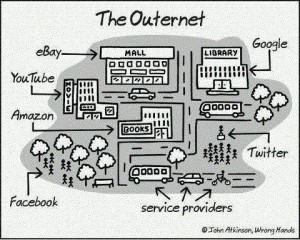 Then I published a flippant cartoon about the Outernet (see right) and within 2 hours well over 1,100 people had viewed it, 17 had shared it and over 30 people had thumbed it up.

I just wonder if the Internet is desensitizing people?

That because there are so many calls on us to help this great charity or that great cause we switch off.

After all, nobody can respond to every request for their online help because they come so thick and so fast.

I even had one person in the comments of the original post lambast me for supporting a cause so close to home because there are more deserving people in places like Syria and Haiti.

To me that’s nonsense.

I don’t give a shit what flag you sit under, what color your skin is, what language you speak, who you pray to, or what your political affiliations are.

Losing your house, your belongings and heaven forbid your kids and/or family members is going to cause massive suffering irrespective of the wealth of the nation you live in.

This post genuinely isn’t an admonishment of anybody, that isn’t my style when it comes to personal choice.

In fact it’s the last thing on my mind, because I have a belief system that thinks most people are good people.

I just worry that as we get bombarded with more and more bad news that the easy option is to try and get away from it by sharing a slightly amusing cartoon.

I’d love your take and feel free to let loose on me if you think I’m being a miserable curmudgeon.