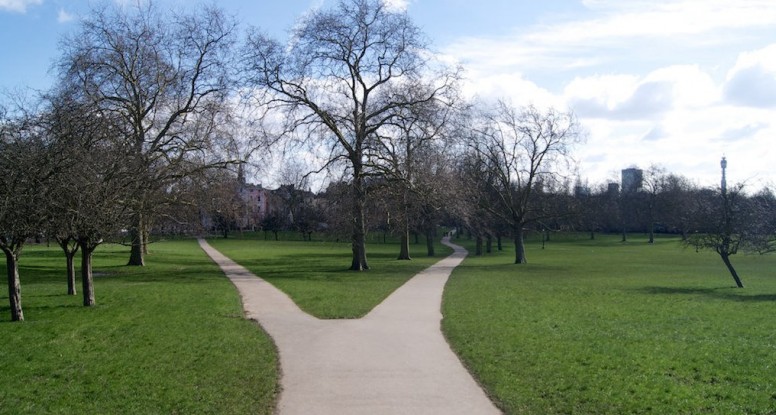 The Hardest Question I’ve Ever Been Asked

Some while ago I had a guy contact me who was suffering from incredibly high stress levels, to the point where he felt physically ill a lot of the time. He wanted to hire me to to give him some tips and tricks to help him cope with his stress more effectively.

If you come to me for Life Coaching and just want to work on stress, that’s fine. However, I’m still going to insist I get a grip on the bigger picture and treat the issue holistically.

No way will we kick off our time together by pitching straight into stress management techniques because that’s just treating the symptoms and not understanding the cause.

Sure, that approach can be very useful for people that come under occasional heavy stress levels, but for chronic stress that cuts across all aspects of somebody’s life, a different approach is called for.

I had just finished working through the values exercise with this particular client and it was glaringly obvious he was in the wrong job.

His values were so out of alignment with his occupation that nothing I, nor anybody else could have done this side of witchcraft, that would have eased his misery. And the look on his face told me he knew it.

The values exercise can often lead to an epiphany for clients.

In fact, on several occasions after working through the process my job has been done, because it’s highlighted exactly the reason or reasons the person is stuck. At that point they sometimes no longer need me.

By the end of the session the client had decided he wanted to work out a plan that allowed him to quit his high paying job and change careers.

He was incredibly relieved to finally understand that he’d spent over 10 years trying to hammer a square peg into a round hole, and that there wasn’t simply ‘something wrong with him’.

A week later we reconvened to talk about the path forward and he hit me with the worst case scenario.

He’d gone home to discuss what the results with his wife, and she’s responded by saying if he left his job without having another equally well paid one lined up, she’d leave him. He then said to me:

I’m sure you’re thinking, “Let her leave you! If money is more important to her than your health, she’s not worth it” because I know I was.

However, it would have been incredibly unprofessional of me to have offered my opinion in such circumstances. Apart from the fact I only had one side of the story, it’s also not my job to tell people what to do and I had to respond by asking the rather lame:

“What do you think you should do?”

I read a lot of self development writers and bloggers advising that we all dump the negative and non-supportive people in our lives because they’re toxic.

I actually don’t like the word toxic in that context, because there can be 101 different (and even legitimate) reasons why some people act the way they do (fear being right up there at the top), but it does make a point.

Unfortunately, what most of the books and blogs fail to tell you is how you do that when it’s a close family member, and there is a good reason they don’t tell you.

It’s because they don’t know. And neither do I.

It was literally the hardest question I’d ever been asked as a Life Coach.

The client in question had kids, he had a mortgage, he had in-laws that he liked and he had a wife that he thought he loved.

Few people will walk away from that on the basis of stress, no matter what the long-term implications for their health and happiness.

I’d love to tell you there was some magic compromise that lead to a happy ending, but there wasn’t. As far as I know he’s still at the same job and with the same wife and on occasions like that I feel pretty helpless.

If you have family members in your life that are holding you back or making you miserable, then only you can decide what’s for the best, not your friends,  nor your family, nor even a Life Coach.

That sucks I know, but nobody else full understands your situation like you do.

The only advise I can offer is to be brutally honest with yourself, don’t let things continue because you’re scared of the short-term pain and always realize you have options, even if doesn’t seem that way.

By the way, I’m interested to know what you would have said in my situation. Would you have kept quiet or offered an opinion?

Photo: ‘Fork in the Road’ Courtesy of Tetsuya Yamamoto