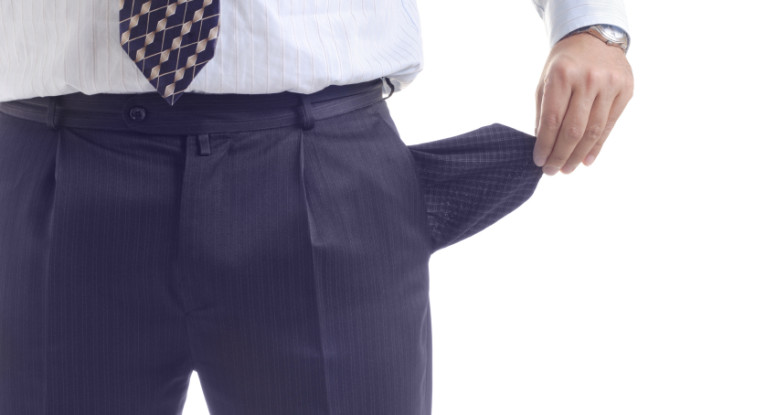 What Is Sunk Cost Fallacy – And Why Can It Hurt You?

In the early 90’s driven on by my love of music I started a record store in my rather small home town.

I knew from the get-go that I couldn’t afford to spend all my time there because I needed a steady income to pay my mortgage and as such I looked for a partner.

After many beer fueled chats in pubs and even one in particular at a soccer game I was introduced to a guy who fitted the bill.

He didn’t have my business skills or much money to invest, but he did have a love of music, a good ear for what would and wouldn’t sell and a strong desire to make it happen.

The first year was a disaster and we almost went bankrupt.

If you have ever seen programs like Restaurant Impossible where people have dived into the restaurant business with no experience, no clue as what’s needed to be successful and no real plan other than to do something they loved, then you had us.

We were dumb and dumber and I’m honestly not sure which one I was.

To begin with we were literally looking in the Yellow Pages to see where we could buy records from as none of the major labels would touch us without a trading history unless we lodged huge deposits that we didn’t have.

Then in year two, things clicked. The record labels were now prepared top trade with us, local awareness had grown, we understood about the nuances of buying the right stock and we made a profit.

Year 3 was even better and we moved to much larger premises on a far busier street. Times were good, at least for a while.

The End Was Nigh

Then things started to change.

CD burners tumbled in price and started to chip away at our profit as people copied CD’s to give to friends.

Simultaneously, profit margins were further eaten away at because of a new thing called the Internet.

Large discount record stores were springing up online and making it difficult to compete.

Also, file sharing was starting to build a head of steam with kids sharing music on peer-to-peer networks.

Then the larger distributors and the record companies themselves started cutting back on the service to the independent stores giving preference (and that often meant free product that we could legitimately sell) to the nationwide chains.

We could both clearly see the end was coming even before Napster burst on to the scene in the late 90’s to put the final nail in the coffin for the majority of the independent music retail stores.

So what did we do?

Did we shut it down and cut our losses thankful for some amazing times, making great friends and in my case, meeting my wife in our store?

Nope, we carried on.

We were in the clutches of sunk cost fallacy and it wasn’t long before it was costing us a lot of money.

What Is Sunk Cost Fallacy?

Have you or anybody you know carried on at University even though the first year was miserable and you (or they) realized that the subject wasn’t what you thought, or just way harder, or simply not as enjoyable as imagined?

How about increasing, or even doubling up, on an investment that was failing in the hope that a dire situation would would somehow turn around and you’d recoup your initial investment, or even make a profit?

And what about pouring your heart and soul into trying to save a relationship that deep down you knew was less likely to make a recovery than Cabbage Patch Dolls?

If so, you too were the victim of sunk cost fallacy.

We get sucked into sunk cost fallacy when we have made such an emotional and often financial and time investment in something such as a relationship, an expensive material item, or even a career that the mere thought of cutting ties creates an unpleasant feeling and a lot of internal resistance.

The problem with sunk cost fallacy however, is that like all cognitive biases, we don’t tend to notice they are caught up in them at the time.

In the UK almost every car has a part of the wing mirror at the outside that is at a slightly different angle to the rest.

They are designed this way so there’s no blind spot on either side of the car, this reducing the potential to pull out into traffic and hit a car that wasn’t visible in your mirror.

For some bizarre reason I have never fathomed, few cars in the US have these mirrors.

As such, they have blind spots easily large enough to fit a car into, so you’d better look over your shoulder when pulling into traffic.

Think of sunk cost fallacy and other cognitive biases as blind spots in your thinking. And make no mistake you have them, everybody does.

However, some are easier to spot than others and sunk cost fallacy is one such bias that you can eradicate if you’re aware of what it is and are prepared to indulge in some critical thinking.

And you do need the ability to think calmly and rationally and take a metaphorical step back. Otherwise you allow your brain to justify it’s decisions and before you know it you’re in Vegas betting your house on a spin of the roulette wheel.

And your brain is extremely skilled at self justification.

“I’ve already invested $100k in med school so I may as well push through now. And anyway it may get more enjoyable and I will earn a lot of money”

“The market is bound to turn soon, I just need to hang in there and buy more stock to recover what I’ve lost”

“He said that he’d stop drinking and that affair was a one-off, so I should give him another chance for the kids sake”

Take the time out to examine some of the major investments in your life whilst being on the look out for self justification that in your heart of hearts you know is really self deception.

Then ask yourself if what comes to mind really is worth your time, energy and maybe even cash.

Have You Experienced Sunk Cost Fallacy?

I know I have. I clung on to the sales industry for 5 years longer than I maybe should have because I was scared I wouldn’t be as successful at something else.

I’d love to hear in the comments below about any prior experiences you have had or whether there’s any changes that would benefit you if you made them now.