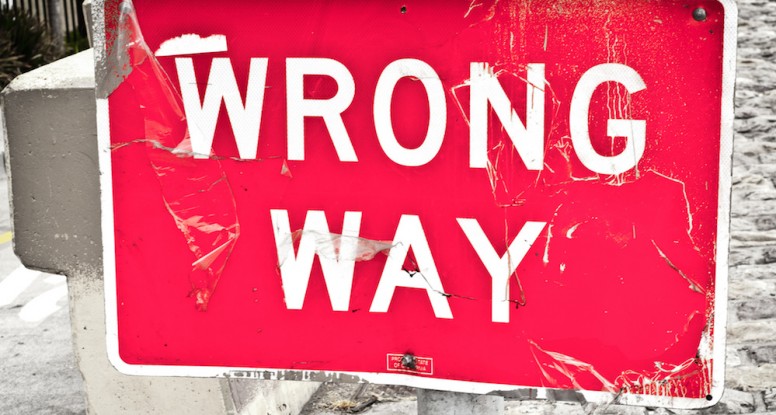 How Not To Set Goals

In my last post ‘8 Secrets To The Psychology of Winning’ I talked about experiencing high levels of stress at the beginning of my recent vacation.

It was totally unexpected and I think it was that unexpectedness that made matters worse.

As somebody who has dealt with GAD (generalized anxiety disorder) for more than 4 decades I’ve become very adept at forecasting and dealing with it ahead of time.

This time, not so much.

The day after we set sail I logged into the ships Wi-Fi and started to try and download e-mails.

When you work in a corporation any urgent e-mails can be picked up my colleagues, but in my case there is nobody else. If I don’t answer them they don’t get answered.

Where The Hell Are My E-Mails?

As I watched the ‘downloading e-mail’ progress meter on my laptop I realized nothing much was happening.

Certainly no e-mails were arriving even though I apparently had over 100 on the server.

This went on for almost 45 minutes before I noticed that the download speed was hovering between 0 kbs and 300 kbs/sec.

At that rate I would probably have run up an Internet bill more than the cost of the vacation before I had the pleasure of reading about money I’d won, testosterone I needed and a dental plan I could afford.

I shut the laptop and all of a sudden felt really panicky.

For the next 24 hours I checked, checked some more and then checked again, but each time got the same result,  a big fat nothing, not one e-mail downloaded.

Caring Is A Good Thing

It’s right and proper that for the most part that we care about others and don’t want to let people down.

That works up to a point, but ceases to be effective if our caring for others means we’re not caring for ourselves.

Sometimes it’s ok to say “Fuck ‘em, they’ll survive without me, this is my time”.

And that’s what I did because not only was I massively reducing my potential for having a great vacation, I was doing the same to Helen by not being present and fretting about something that was totally out of my control.

I did have a couple of further futile attempts, but I was no longer getting irritated or stressed because I had Internet speed that would have been improved by two tin cans and a large length of string.

More importantly, it was no longer impinging on our enjoyment and I was finally able to totally unwind.

It was a wake up call however, one in what seems like a long line of wake up calls, many of which went unanswered in the dim and distant past.

I started to realize that I need to make a few changes and not allow my ability to relax and enjoy life be dictated by my ability to connect and the desire to be as available for others as much as possible.

I’m not a fan of setting New Years Resolutions, largely because in excess of 95% are broken before the clocks have gone forward (made up stat but probably right).

They get set with all good intentions but (usually) without the forethought effective goal setting needs if it’s to be successful.

As a lot of people in self development do these days, I choose a word at the beginning of the year to focus my attention on.

Last year I chose ‘Maximize” because I felt I wasn’t maximizing my abilities and potential enough. Especially when it came to helping other Life Coaches and getting my books (free and paid) into peoples hands.

I launched Coach The Life Coach with great success and had over 10,000 downloads of ’70 Amazing Facts About Your Brain’ with another 10,000 copies of my other books being downloaded.

This years word may take even more commitment and dedication if I’m to pull it off.

I have to manage my time very carefully because my energy levels aren’t where they should be, even for an old fart like me.

This has been an issue for me for over a quarter of a century and I’m finally going to stop pissing about with a tweak here and a tweak there.

I’m about to take massive action.

The conventional wisdom is that setting more than one goal/challenge at a time is unwise.

You only have a certain amount of will power, it’s a finite resource, and as such if you are trying to use it on multiple fronts then you will run out really quickly.

But if you read here very often you know I couldn’t give a fuck about conventional wisdom because it’s not always right.

And in any case within certain parameters we’re all different and react differently to different situations and stimuli.

I have done a few challenges of varying lengths over at the A Daring Adventure community (please come and join us if you want free help yourself) most of which I’ve hit, but a couple I missed.

That is the diagnosis I got a few years ago and it gave me a great cop out to do nothing, because it wasn’t my fault, it was my DNA that was to blame for me getting stuck to the duvet every morning.

It’s Chronic Fatigue Tim, But Not As We Know It

Fortunately though over the last year or two I’ve started to come to the conclusion that the diagnosis was complete and utter bollocks!

I now believe chronic fatigue is just an easy label doctors threw at me to get me to stop wasting their time.

Note: I do understand chronic fatigue is a very serious illness for some people and I’m not suggesting people with the condition are lazy and unprepared to make massive changes, just that I have been.

In my opinion it has to be connected to diet, exercise, environment, belief system, happiness levels etc.

In other words it has to be connected to things that are in my control.

On the one hand that’s great, but on the other it means I have to do some drastic shit if I’m to test my theory properly.

I cannot dick about like I have done in the past by:

That isn’t really walking the Life Coaching walk, is it?

I have been talking about this with my wife recently and she is entirely on board. Normally she keeps out of things and just says ‘do what you want to do” but this time she’s even joining me for most of this stuff.

Now not only do I have the good people at the A Daring Adventure community to keep me on track I have a very persistent wife.

That’s the kind of help that makes me totally confident I can do all this.

If you have read this far without nodding off you maybe wondering what the hell it is I’m going to do, so let me tell you.

I must add a caveat that some of these things are too vague to be called goals per se, but who cares? We’re making our own rules up, right?

We have bought this amazing Omega Juicer (al) that we started using before Christmas and love it!

Because I’m already low carb I struggle to know what to have for breakfast and often end up just drinking too much coffee and having nothing.

Now I actually look forward to drinking the vegetable and fruit juices we are preparing so that is one huge hurdle out of the way., but what of the other changes?

A funny thing happened on my vacation that I remember happening last time I went away. I actually bothered to read a novel and really, really enjoyed it!

I used to be a voracious reader in my 20’s and 30’s but now all I ever seem to read are books of psychology, neuroscience, meditation and Life Coaching.

Flying In The Face Of Self Development Conventional Wisdom

Nothing I’m doing here is sensible and I’d be a tad edgy if a client attempted it.

Trying to  make so many changes at once has its risks, not least of which is I get totally overwhelmed and drop everything.

But if I don’t try, if I don’t go balls to the wall, how can I be sure conventional wisdom is right?

I’ll be reporting in the Google community and as I say it’s free and I’d love you to join up and set your own challenge for 2014.

I’m going for 90 days, but you can do a week, a month, 100 days or any other length of time you want. They you can report in daily, weekly or again when you see fit and get the support of others.

Resources To Help You Be More Successful In 2014

If you want to  know how to set goals, sign up for my newsletter at the top right and you will get sent a comprehensive guide on doing so.

You’ll also get 3 other books on quotes, managing stress and amazing facts about your brain, all of which can help you.

If when you have all the books you want to cut and run and not get my newsletters, that’s 100% cool, just unsubscribe.

You have absolutely NOTHING to lose and potentially a LOT to gain.

What Are Your Thoughts?

As always your thoughts and feedback are most welcome.

But it beats never trying and thus living with regret.

By a long way.