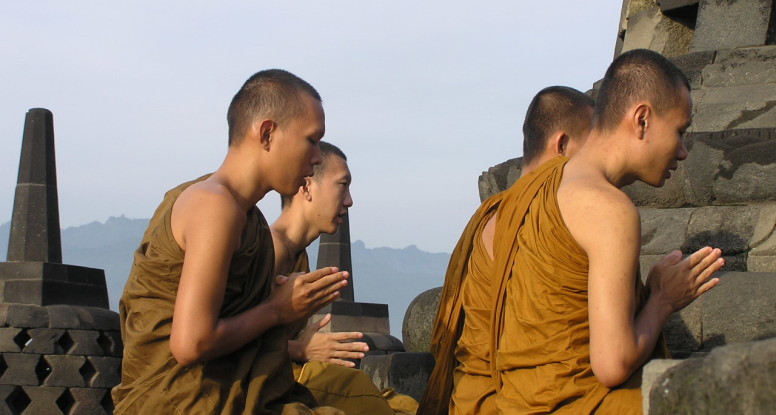 The Root Of All Human Suffering

On Tuesday I spent 2 hours on the phone with Apple tech support.

I have had similar problems now stretching back almost 6 months and across 2 different computers, including a brand new one.

In that time I have probably spent 20 hours with support and I’m no nearer solving the issue than when I first called in.

Even though it’s still limping along I now have to take the computer back into Apple and may be without it it for a few days.

Other than my iMac I only have a MacBook Air and that’s totally inefficient for doing what I need to do, so those few days maybe somewhat challenging.

Yesterday my 6 month old HP printer quit on me.

After spending an hour and a half with their version of tech support they conceded that it was, and I apologize for using highly technical jargon, fucked.

They wanted to ship me a new one that would take 5 to 7 business days to get to me. If that wasn’t quick enough I could pay for overnight shipping.

I pointed out as gently as I could that I’d rather cut my own testicles off and use them as earrings than pay them shipping for a product that was faulty and under warranty.

Fortunately they agreed because I was starting to regret that metaphor. I look silly wearing earrings.

As a Life Coach, expert in dealing with stress and regular meditator none of this bothered me in the least.

I remained calm, even-tempered and wished lovingkindness on all the various techie people I spoke to.

No sorry, that last bit was the dream I had last night.

The reality is I was fucking livid as I had to cancel two client sessions and was not looking forward to fighting my way into the Apple store on a Sunday and then trying to work on an inadequate computer.

In short, I was miserable.

And do you know why I was miserable, and why every single person who feels down, does so?

But it was happening and life is exactly like this.

You could have sailed an aircraft carrier between my thinking and reality, the gap was so large. You could even have leaned out of the window waving at friends without worrying about crushing your arms.

As I sit here with my dead printer to one side and looking at a Mac whose hard drive could die any minute I realize it was silly to get upset.

More importantly it achieved nothing positive, except maybe free shipping.

The Root Of All Human Suffering

Every time you get pissed off, down or angry it’s because you think the world shouldn’t be like it is.

But the world is exactly like it is. It doesn’t give a crap what you think and isn’t going to bend to your whims and wishes.

You can either accept this unarguable fact and try and best as you can to embrace equanimity.

Or you can fight a losing battle and create, at the very least dissatisfaction, and at worst, abject misery.

That doesn’t mean you should never strive to improve things or even change things that need changing.

It also doesn’t mean that you should tolerate injustice, hatred, poverty, subjugation etc.