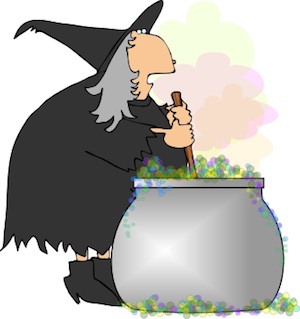 I have a few loose ends I wanted to tie up today, so I hope you’re ok with me being a bit all over the place. If you’re not ok with that then tell me now and I’ll stop before I waste too much time.

Ok, it seems everybody is on board, so here we go.

I have had another client donate 2 unused sessions back for me to give to somebody that can’t afford my fees. Thanks goes to the brilliant @edmundpelgen for his generosity.

Like last time, I’ll throw an additional session into the pot. So if you’re think of hiring a Life Coach and you’re genuinely broke as opposed to looking  to save a bit of cash, you can get me for half price on a 6 session deal. Please let me know via my contact form if you, or anybody you know may be interested in pursuing life coaching.

Also, bear in mind this offer went the same day last time, so don’t dick about wondering why nobody ever goes to the bathroom in 24 unless it’s to make a sneaky phone call or pondering the meaning of life.

NOTE: The Life Coaching offer is now closed, thanks to those of you that contacted me!

What Would Google Do? – Jeff Jarvis

This is the best business book I’ve ever read.

A bold statement I think you’ll agree especially as lots of people have been standing patiently in line waiting to slam it on sites like Amazon. So I guess I’d better tell you why I think they’re all totally clueless.

I’m going to make a statement that would probably have me rolling my eyes and thinking the author was an arrogant arse if I’d read it elsewhere, but it’s what I honestly think so here goes….

If you don’t like What Would Google Do?, if you don’t think it shatters the current business paradigm, then you simply don’t understand it.

Some reviews I have read have talked about Jarvis’s ideas being untenable in the current market place. That all businesses cannot operate the way Google does and be successful.

They say free is not a sustainable business model, that open source is riddled with difficulties and established industries like car manufacturing, air transportation and home selling simply do not have the flexibility to change in the same way that a business carving a brand new industry can.

And they would be right. If that is, they continue to view business in the same way as they always have done.

Let me throw my own example in that doesn’t necessarily prove anything, but is interesting nevertheless.

About 2 months ago and with the encouragement of Bob Poole I decided to start giving away the e-book version of Don’t Ask Stupid Questions for free. The book still sells on Amazon in hardback for $14.99 and Kindle for $9.99, but anybody that is good enough to visit my site can have it with my blessing.

Click here is you’re interested by the way and you don’t need to leave me any e-mail details.

Since then my sales of the hardback have quadrupled on Amazon and I have two new clients that came to me after reading the free version they were forward. So free doesn’t work?

Ok, I know it’s a very basic and local example, but it doesn’t take that much imagination to come up with some original and brilliant ideas for bigger companies, does it? Jarvis has that imagination in spades.

To prove my belief that free is good by the way, I’ll send a signed copy of the HARDBACK version (and pay shipping in the US only) to the first 3 people that tell me they want it in the comments.

WWGD? is a scary book for a lot of people. It shows them they are on the verge of extinction if they don’t change because the rules of business are changing, whether they like it or not.

Most people fear change and that fear is amplified when it is so fundamental. Yet even seeing what has happened to the newspaper industry and is currently happening to other industries some people still want to bury their head in the sand and hope it will all go away.

Newsflash: It won’t! In fact it’s coming at you quicker than you can ever imagine. 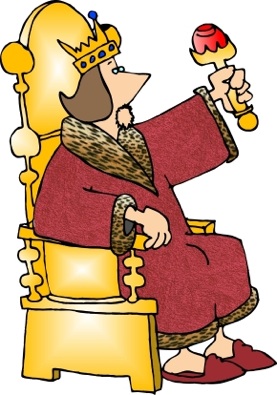 WWGD? will help you with your own business by helping you think differently and shifting your own particular paradigm. In fact I suspect if you’d bought it before me you could have become King (or Queen) of the World, but you’re too late because I’m having my crown fitted this week.

I love  Michael Heppell, I really do, (in fact it was the man himself that recommended WWGD to me), but I was highly suspicious of his latest book title. The reason being I jumped to the erroneous assumption that it was going to be one huge reframe and the book would contain more filler than a 14 year old girl trying to sneak into a bar.

Well fortunately I didn’t have the embarrassing task of telling him it’s crap because it isn’t it, it’s really rather excellent.

I thought his last book ‘Brilliant Life’ was a tad basic for somebody like yourself that already reads blogs on life coaching and self development, but it was an excellent introduction for people that are just getting into this personal growth malarkey.

Flip It however, will appeal to both groups. It’s very easy to read (or in my case listen to) and it adds some new and very powerful life coaching techniques that you can employ to make life even more peachy than it undoubtedly is.

If you like my accent, get the Audible version because Heppells is a league above mine.  As somebody from the North-East of England he has a propensity to say ‘bewk’ instead of buk and talks about ‘going to the loo’ and other such stuff that will be incomprehensible to most Americans.

My advice is to simply e-mail him every time you aren’t sure what he means and ask for a detailed response within the hour, or your money back. Alternatively, you may just want to smile quizzically and relax in the knowledge that another self development gem is only a moment away.

Over the last couple of years I have done a number of YouTube videos. Some of these I have posted here, but a fair few I haven’t. So guess what?

Yes that’s right I’m going to post some now. It seems a waste to leave them festering on YouTube having their ass kicked by videos of sulky 15 year olds whining about the cost of crack, squirrels on skateboards and some kid biting another kids finger that to date has been viewed almost 150 million times. And I wish I was joking, but I’m not.

So here for your entertainment (dubious claim) and ongoing learning are my forays into the world of young people and personal development.

First and foremost is my most watched video that walks you through (actually it’s more like a sprint with the speed I talk) the process of setting goals that will stick. I only need another 125 million views and it will be catapulted into the top 10 most viewed clips on YouTube. Not bad for a simple Life Coach eh?

This is a video about making better decisions. No seriously, it is.

How To Feel Better About Yourself

It’s really about language, but if you follow these steps I guarantee you will indeed feel better about yourself. BTW, The phrases are model operators of necessity, NOT submodalities as I say rather erroneously in the vlog. Sorry!