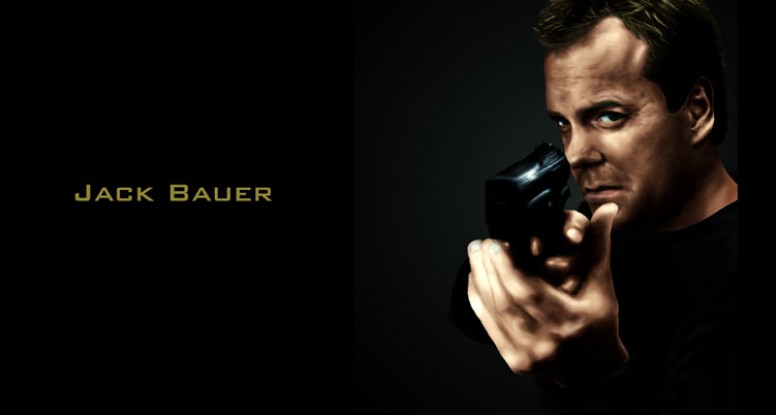 I was watching 24 the other night and thinking to myself Jack Bauer is a bit mental.

I know as a Life Coach it’s not really the done thing to make such derogatory statements about people I don’t know (or even those I do know for that matter), but I’ll make an exception for the gravelly voiced one, because he really does have a few kangaroos loose in his upper paddock.

If he finally breaks free of CTU he’s going to need a small army of psychotherapists, life coaches and probably even magicians to help him get his life back on track.

And that’s presuming he doesn’t kill them all first for glancing at him in the wrong way, denying they’re in possession of weapons grade nuclear material or overacting more than he is.

Then I thought to myself;

“No, he doesn’t need a team of people at all, he needs ME! And I am up for the task”

So I thought I’d let you know how I’ll be life coaching Jack and a few other people that will now be falling over themselves to pay huge amounts of money to work with me.

Homicidal lunatic that’s killed more people that the bubonic plague and in a much shorter time period. Is immune to stabbings, poisonings and being shot, they just piss him off and make him wince.

Jack is a perfectly balanced human being as he has a chip on both shoulders.

Prefers to kill people first and ask questions later, which seldom works no matter which way you slice it. Or more pertinently, which way he slices his victims.

Obviously some form of amphetamine junkie because he never drinks caffeine yet has no problem staying awake for 24 hours straight without even the need of a power nap.

May have a bladder problem or deep seated fear of bathrooms because he’s never been seen taking a leak or entering a restroom. Unless that is, it’s to rip somebodies bladder out and force feed it to them in a cubicle while yelling “Tell me where the bombs/drugs/President is (delete where applicable).

Can be heard shouting one minute and whispering the next. May be bi-polar.

Seems  incapable of maintaining any type of relationship for more than a few hours and then the other person usually ends up a bit insane or very dead.

First and foremost I’d want to look at Jacks values because I suspect he’s out of alignment. Unless that is he’s the one person on the planet that has ‘Carnage’ at the top of both his Core Values and Anti-Values list.

I also think his appalling work ethic (only goes to the office one day per year) is down to some form of value conflict. Once we uncover that we can start to move forward.

Jack also has to start taking responsibility for his own actions and stop blaming everybody else for his issues. Ok so a few hundred people have tried to kill him, but come on, it’s not the end of the world.

And speaking of the end of the world, he needs to drop that illusion too. Every person with a funny accent is not trying to wipe the western hemisphere off the map.

If he can start to love himself and stop shouting so much that would be a great start. I’d also encourage him to smile from time to time and explain that latest research has shown that hard wiring in the brain means a half-hearted smile is better than no smile at all.

What’s His Issues?
In constant pain from a gammy leg and always feeling sorry for himself. Obviously suffers from severe self-loathing and takes it out on those round him.

Even though he’s English, House insists on pretending he’s American.

Seems incapable of offering an initial diagnosis that doesn’t include lupus and then offering broad spectrum antibiotics as the cure.

This NEVER works and he has never had a patient with lupus, yet he insists on trying it time and time again. Is obviously incapable of learning from his mistakes.

Could well have impostor syndrome as no matter how successful he is, it’s not enough.

I’d teach him reframing first.  He hasn’t got a limp, he’s got one leg that walks slightly slower than the other and he’s not a drug addict, he got a passion for drugs.

He also has a very shaky belief system that means he thinks women are for one thing only and it’s not performing medicine. I’d want to talk to him about successful women in history and that will help undermine his erroneous belief.

If that doesn’t work I’d put him in a room with Sarah Palin for ten minutes, she’ll straighten him out.

Scottish chef that sounds like he’s an English chef.

Turns failing restaurants round by falling out with the head chef, making up, falling out again, then having one final make up including tears, hugs and lots of happy actors, er, I mean customers, complimenting the gorgeous new food

Loves to tell people what’s wrong with them and publicly humiliate them. Takes advice from Simon Cowell on cosmetic surgery and swears way too fucking much. Maybe bulimic as he seems to be always throwing up into trash cans and onto the side of his plate

I’d want a psychotherapist to check him out for Tourettes Syndrome before we started to work together.

If he was given the all clear I’d duct tape his arms to his body and make him talk to a camera like that so he has to use words to express his emotions rather than flailing his arms around like an octopus on acid.

He seems to have a lot aggression and I’d encourage him to vent that by shouting at a chair rather than other people.

If that didn’t work I’d suggest he take a baseball bat to a chicken drum stick or his hairdresser who obviously loathes him with a passion and probably deserves it anyway.

Finally, I’d help him collapse the anchor he’s picked up that makes him believe every meal he has when he first walks into a restaurant is crap and every one he has just before he leaves is lurvvvley.

Stiff lipped Brit from American Idol (also Pop Idol in the UK) that likes to wear crap clothes, put people down and roll his eyes a lot.

Stiff lipped Brit from American Idol (also Pop Idol in the UK) that likes to wear crap clothes, put people down and roll his eyes a lot.

I’d invoke my mid-life crisis model and immediately insist he have a hair cut and put a shirt on that actually has a collar. I’d then get his teeth stained yellow because that’s The British thing to do.

Then I’d put him into a deep trance and make him highly attracted to Randy Jackson. I’m not totally sure this would help, but it would make American Idol a lot more fun.

So come on, who would you like to see Life Coached?