It ‘s Zen Habits, But Not As We Know It 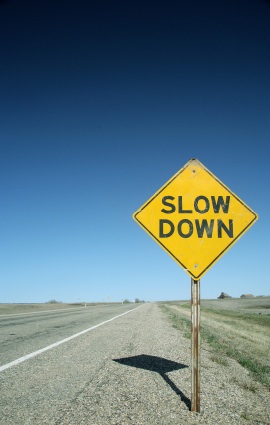 Does it strike you as somewhat weird that with all the tools at our disposal to help productivity so many people still struggle to get everything done in the day?

Wouldn’t you think with iPhones, broadband access, IM, e-mail, web conferencing and the like we’d save so much time our main concern would be whether to play golf, lie by the pool or just sit and count our piles of cash?

Yet it seems that the more we do and achieve, the more we have to do and achieve, just to stand still. Each time we accomplish more, the bar gets raised and the expectation that we can and will do even more the next time increases similarly. We seldom get the time to disengage and recuperate as you would imagine because ‘stuff’ expands to fill the vacuum. And it does so simply because we allow it to.

So people embrace the complete myth of multi-tasking and look to books like ‘Get Things Done’ and The Four Hour Work Week’ to help them from drowning under an avalanche of commitments, promises and responsibilities. But seldom does anything change, at least not for any length of time.

But what if there were another way? What if you really could free up more time and do more of the stuff that excites you? If that were possible, would you want to know about it?

You may very well be familiar with the name, Leo Babauta. Leo is the owner and main contributor for the phenomenally successful blog, Zen Habits.  Somebody asked me the other day how I managed to grow such a large readership for my blog. I had to smile because although I’m very proud of my blog and very grateful to all of you that read it, I am a ‘C’ lister compared to Leo.  I am the Ron Paul to Leo’s, Barack Obama when it comes to blogging. At least for the moment ;-)

About two weeks ago I received a copy of ‘The Power of Less’ the new book by Leo and I was about halfway through it when suddenly I thought to myself, ‘this guy gets it’. 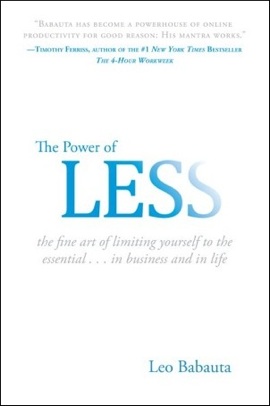 He gets that we each need to know our own values to be successful. That multi-tasking isn’t the way forward and that choice is not always a good thing. He also gets that focus is crucial, passion essential and motivation fundamental to individual success.

The Power of Less will explain to you how having less in your life and narrowing your focus will ultimately make you more productive and in the long term, just plain happier.  Equally as important, it will also show you how to do this.

Be warned though, it’s not a book for the feint-hearted that fear change. Even though the ideas are simple and practical, they are at the same time radical and potentially life changing. Confused? Well don’t be, just check it out and decide for yourself whether it’s time for you to simplify your life.

That’s about as short a book review as I have ever done, but there’s a reason for that.  I wanted to get to know a bit more about the man behind the words and asked Leo if he’d mind doing an interview. He graciously agreed and offered some great answers to some rather unconventional questions. Read on and I’d love to know what you think about the croc v shark question.

What are your favorite movies?

Leo: I love all types, from heist flicks to romantic comedies (Audrey Hepburn is my favorite in this genre) to the Coen brothers to Wes Anderson to thrillers and more. When asked what my all-time favorite movie is I usually answer either “Casablanca” or “The Godfather” but only because it’s too hard to just pick one so I toss out something I wouldn’t mind watching 100 times more.

If you had to live anywhere in the world other than Guam, where would it be?

Leo: I wouldn’t mind living in London! It sounds like an amazing city. I’ve always loved San Francisco too. Or the south of France, or anywhere in Italy. Gosh, I can’t pick just one. :)

Do you believe in reincarnation?

Leo: I have no idea what happens when we die and I think it’s not really worthwhile (for me at least) to try to figure it out, as there is no way to know until after you die. So I focus my time on the current life — and if I do a good job, I figure I’ll be well off no matter which of the popular scenarios are true, and if none are true, at least I lived well in this life.

Leo: Currently mellow music like Jack Johnson, Snow Patrol, Ben Harper, Feist, Aimee Mann, Imogen Heap, the Shins, and alternative rock such as Radiohead, Spoon, the Ting Tings, Arctic Monkeys, Weezer and others. Radiohead and the Beatles, though obvious choices, are my all-time favs. Oh and the Stones and Bob Dylan. And Van Morisson and Paul Simon and Dire Straits and Nirvana. And many others.

What is Your Purpose For Existence?

Leo: To simply exist, and hopefully to do no harm. If I can be compassionate and help others and inspire as well, that’s a pretty good bonus. 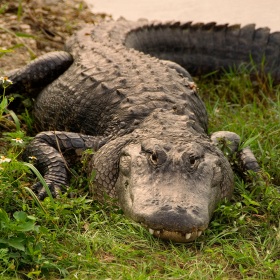 Who do you think would win a fight between a 25ft crocodile and a 25ft Great White shark?

Leo: I’d try to mediate peace between them and have them figure out a solution in which they both get what they want, instead of having this lose-lose mentality. Life isn’t a competition — we can all get what we want if we work at it. I would guess that both want to eat, and there are plenty of fish in the sea. Better yet, they can learn to be vegetarians (there are lots of good fish substitutes) and then the fish win too!

What’s your favorite blog that most people won’t have heard of?

Leo: There are so many. Currently I’m reading takingchildrenseriously.com, which is an amazing site if a bit too radical for most people’s tastes. It argues (and many of the parents there demonstrate) that it’s possible to raise children without coercion, and that both child and parent (and everyone else) can get what they want without anyone losing.

Leo: Not really. Actually, usually not at all. Although I came out of my turtle shell to follow the recent U.S. presidential elections, and I’m looking forward to Obama’s inauguration. I have read a little on the Israel situation and am appalled and wish I could help end suffering there. Otherwise, I’m usually blissfully ignorant.

What I realized after many years as a journalist is that almost all of these news stories are the same, that they are repeated year after year with barely a word changed (or at least so it often seems). That’s not a knock on individual reporters, who are unfailingly hard workers and truth seekers. It’s a knock on the media industry in general — it’s usually a huge distraction from the things that really matter, and that are never talked about. Things like power and democracy and poverty and freedom and the controlling of the public mind. When the media starts covering that stuff, I’ll be happy to follow along.

Do you believe in the loneliness of the long distance runner?

Leo: There may be some runners who get lonely. Personally I find myself pretty good company, and enjoy a long quiet run where I can either have a great internal conversation (the things I say, when I really listen, can be really surprising sometimes), or focus just on the moment, on the world around me. Either way is an amazing way to spend a couple of hours.

What are your 3 favorite books on self-development?

Leo: Slowing Down to the Speed of Life by Richard Carlson and Joseph Bailey, Peace is in Every Step by Thich Naht Hanh, and Manufacturing Consent by Noam Chomsky.

If you were banished to a deserted island for a year and could only take 3 things (no family members although with 6 kids and a wife I guess I’m doing you a favor there!), what would they be?

Leo: I couldn’t live without my wife and kids actually. So I’d take a lifeboat and I’d make it back to them. The other two things would be oars and a good book. Water and food would be nice too of course. :)

What is your definition of success?

Who is your favorite sporting icon?

Leo: Michael Jordan was always my hero growing up. Currently though I’m a huge fan of soccer greats such as Beckham and Ronaldo and Ronaldinho and the like.

Have you ever been to England?

Leo: No, but I’ve always wanted to. It looks like an amazing place, and as soon as I save up for a trip to Europe, my wife and I are going to tour England. I’m a quarter Irish (my mom’s a Murphy) so Ireland will be a definite stop as well. If anyone wants to pay my way, I’d be happy to do a speaking gig in England, and have a pint with readers as well. :)

If you could offer only one piece of advice to your kids, what would it be?

Leo: Seek understanding and compassion in all you do.

Thanks again to Leo for some cool answers. I particularly like his shark v croc answer and the books listed as his favorites. Even though I have read books by all the authors, I haven’t read any of the specific books he mentions and I’ll be adding them to my wish list as Amazon. Speaking of which, here is the normal Amazon link if you’d prefer not to click through an affiliate link. The choice as always, is yours.