Is Gary Vaynerchuk Biting Off More Than He Can Chew? 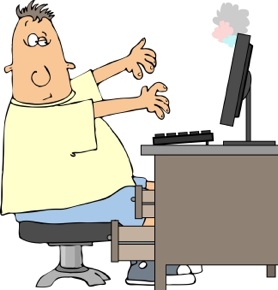 I found Gary Veynerchuk’s site a couple of years ago and on first visit was impressed. His short, engaging and punchy talks to camera always made perfect sense and the guy obviously had charisma by the boat load.

I shot him an e-mail to ask him something or other one time and within a couple of days received a short reply answering my query. What a lovely fella I thought to myself, I bet he’s kind to his mum and cute puppy dogs too.

Fast forward to fall of last year and Gary is looking for reviewers of his new book ‘Crush It’ and I threw my hat into the ring via the e-mail he was giving out.

A few weeks later I ‘saw’ Gary on Twitter and mentioned this. In the full glare of the Twitter he told me to e-mail him my mailing address and he’d send me one toot suite . So I did.

Last week I saw him on Twitter again talking about the launch of the audio version of his book. I playfully called him a tight wad Jet fan and said I was still waiting for my copy from a few months prior. He tweeted that he’d mail me a signed copy if I e-mailed him my address.

By then however I’d already bought the audio version. So I replied that it would be cool if he could give it to somebody who couldn’t afford to buy it. I also told him about the How To Be Rich and Happy project to give away a million copies and asked if he’d like a manuscript.

Several times in Crush It Gary gives his e-mail address out inviting listeners to e-mail him any questions. What for?

I actually think he’s being genuine in the offer. In fact, it doesn’t strike my like there is a disingenuous bone in his body, so why is he setting himself up for a fall. After all as more of his books sell his e-mail volume is only going to rise?

Surely he knows it’s wisest to under promise and over deliver? Yeh, of course he does.

As you probably know if you read this post on our HUGE goal, I had a meeting with John Strelecky to discuss our plans for How To Be Rich and Happy last week.

You may think that the thing most likely to cause us to give up on our goal would either be the $1m we needed to raise or the problems that distributing 1,000,000 books may cause. You’d be wrong.

John was very honest and up front in saying a lot of the work would be on my shoulders in the early stages.

Is it because John is booked solid with speaking engagements all over the world? Or that he has a book deadline of his own to meet that demands his full attention? Or maybe he’s just bone idle and likes nothing better than to wonder around all day in his jim-jams?

Actually it’s none of those. It’s because he wants to spend a lot more time with his family. He is concerned that his young daughter is growing up too quickly and he wants to be around to see as much of it as he can.

In other words, he’s doing what he wants when he wants.

Not only that, but he’s living in complete alignment with his values as family is at number one.

GV says in the book that everybody should put family 1st, 2nd and 3rd. He then repeatedly talks about the importance of hard work which seems somewhat counter-intuitive to me. Which is it?

Firstly let me say this. The belief that we should all have family at #1 is just that, a belief. I see plenty of clients that either have no family or don’t like their family. And there is nothing wrong with that, even if it does seem weird to people who believe family is everything.

However, if your family are 1st, 2nd and 3rd, then by default your work must come in at number 4. Ok, maybe there has to be some juggling because most of us have to work to pay the bills, but you get the message.

I have no idea how much money GV has, but I suspect he doesn’t have to work as hard as he appears to and when he tweets from airports about how much his family mean to him he could actually be telling them face-to-face rather than via the Internet more often.

It’s obvious he loves his work and family with a passion and I’m glad I bought the audio version because that bursts through in every paragraph, but I think there is a danger, no matter how unintended, of appearing a tad inauthentic.

If you want people to e-mail you, reply to them. If your family is so far above everything else then demonstrate that by spending every moment you possibly can with them. On the other hand, if the reality is that both work and family are equally important to you, that’s cool, just admit it.

There’s an easy way to assess what’s most important. If you had 24 hours to live would you go to work…AT ALL? Also, would you have ANY regrets about not spending more time with your loved ones? 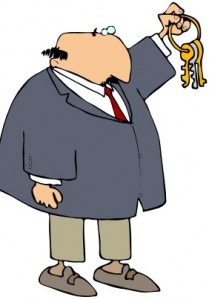 One of the big issues I had with The Four Hour Work Week was the ridiculous notion that’s it’s possible for anybody that isn’t already independently wealthy or prepared to live in a tent, to work only 4 hours per week and be successful .

‘Crush It’ does a volte face and heads in the opposite direction. GV insists hard work is the real key to success.

The reality is there is no key to success, it’s different for everybody. One of the precepts of How To Be Rich and Happy is defining what success means to you up front.

As I posted here once:

Sad though it may seem, some people go their entire lives without finding their true passion. Even sadder than that, some people have their passion knocked out of them as children when they aren’t exposed to the the kind of positive upbringing GV was fortunate to have. It can be rekindled of course, but more often than not it isn’t.

To be fair to GV though he does say things may be different for you, but way after he goes to great pains to tell you your eye balls will be bleeding by the amount of work you’ll have to do and finishing at midnight will become a luxury as 3.00am will be the norm.

This sounds like I’m panning ‘Crush It’ and GV, yet nothing could be further from the truth.

I like Gary Vaynerchuk, in fact I like him a lot. After all, what’s not to like? He wears his heart on his sleeve, he’s fun and he’s passionate. If only he were a Rams fan too instead of the Jets, I’d probably have a man crush on him.

I also really, really enjoyed ‘Crush It’ and to be honest I wasn’t at all sure I would.

If you’re a budding entrepreneur I think it will give you some real value because GV has been there and done that. He’s definitely on the cutting edge when it comes to business development and online marketing, even if the latter isn’t really what he does.

‘Crush It’ contains is a lot of practical advise that in their impatience newbies can miss completely in their eagerness to get going and live to regret.

If there were any gaps in Jonathan Fields ‘Career Renegade’ then ‘Crush It’ certainly fills them and is well worth the investment.

NOTE: If you have the book and enjoyed it, get the audio version too. One thing I really loved about the audio version is the way GV goes off script a lot of the time and ad libs. He updates some material that’s already outdated (that’s the power of the Internet people, this book was only published in October!) and expands on other areas from the book to make his point clearer.

Not only that, but you get the Vaynerchuk delivery style that will definitely pump you up and get you ready to kick some business ass, if that’s what you want to do of course.