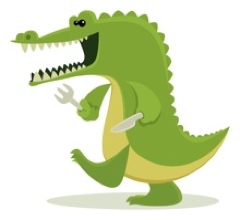 After saying yesterday that I thought attitude was everything and suggesting it dictated the quality of our lives, I was put me on the spot to explain how a Professional Life Coach would help somebody change their attitude.

Well never one to back down from a challenge unless it involves a bottle of scotch a donkey and two nuns, I thought I’d have a bash at explaining how you tame the beast within.

Do You Believe You Can Change?

The starting point is to believe that you can change. If you don’t believe it, then you wont do it.

I’m not asking you to think it’s going to be easy or an overnight thing, just that in principal you’re up for the task.

The hardest clients that I have to deal with are ones that lack commitment and/or belief because most of my time is spent working on those issues and they are seldom the ones that prompted the contact.

If you are in a bad mood and Mr. or Mrs. Attitude has climbed onboard and taken over the controls, it’s because you invited them.

In all likelihood it was done at an unconscious level, so don’t start arguing with me just because you can’t remember thinking negatively before you hurled a tirade of abuse at the Jehovah’s Witness.

You can think very quickly and very efficiently at an unconscious level. You’ve had years and years of practice.

Imagine how good you would be if you did nothing but practice filleting fish 8 hours a day for 5 years? You’d be a fish filleter par excellence and people would be traveling from far and wide to see you remove dem bones, dem bones, dem, wet bones…probably.

Well forget the fish, because you’ve been practicing your thinking 24 hours per day for however many years you’ve been alive, so you’re even better at THAT.

There’s always stuff going on at an unconscious level unless you are either a very good meditator or a bit dead, so the practice keeps building on itself.

The act of being aware of your thinking is crucial to making changes but you have to start the intervention process by simply observing.

That’s right; just listen out for what you’re twittering on about when you’re feeling like the world is conspiring against you. It probably wont be good.

There are two approaches you can take. Actually that’s not true; there are lots, but only 2 that I recommend to help you change your thought process and your mood/attitude.

The first involves simply listening for neggy stuff and then backing up and replacing it with comments that you’d like your Granny to hear.

“Why has that bastard got 11 items in his basket when it’s a 10 items or less line” could be deleted and replaced by “Phew I’m glad I don’t eat what this guy eats, he’ll be dead in a month with coronary artery disease”

Maybe that’s not the best example because it’s still a tad attitudey, but you get the idea. What you replace it with really depends on your personality and what makes you feel comfortable.

Even though this could win the 2008 International Award for Glaringly Obvious Things To Do, it still amazes me how many people never try it. Or maybe it doesn’t, because there will be precious little instant gratification and that’s usually what people want, me included.

It’s not technical stuff and it’s not hard, but it does take persistence and commitment.

The more you do it, the more you spot yourself saying all sorts of weird and wonderful things.

Each time, you get to back up, delete what you said, and replace it with something that serves you and makes you as happy as the Gator mistakenly invited by a short-sighted administrator to be a pat dog in the chicken hospital.

If you don’t like that method you can try the questioning yourself method. This is my favorite hence I wrote an entire book on the damn things.

However, the type of questions you chose is critical. Apart from the obvious things not to ask yourself like “Should I punch this guy or just accidentally knock his basket to the floor and then punch him as he bends down?” you should also avoid questions that just aren’t you.

Don’t make them too contrived and have your unconscious sniggering behind your back. Here are a few examples to use or abuse at your leisure:

So there you have it. It’s not difficult to think of a question when you’re in a funk that will break your state and have you thinking differently. The real trick is deciding whether you can be bothered or not. Change is easy if the will is there, but it will require a lifetime of effort. Are you up for the challenge, or are you a wuss?

If you like this why not forward the link on to somebody else, subscribe to the RSS feed or just send me wads of cash and the deeds to your house. I’m not proud.