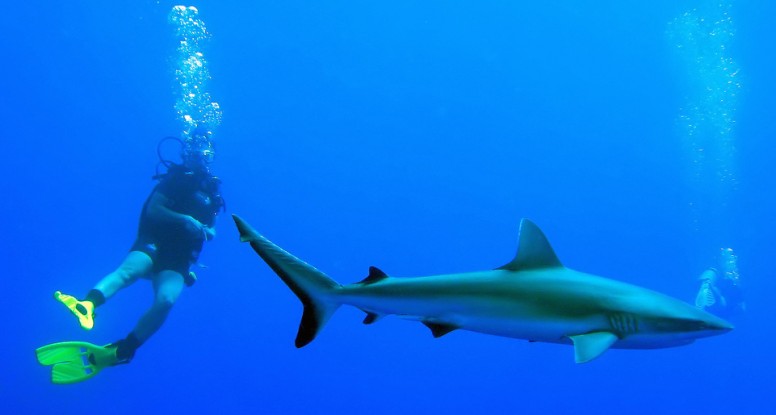 How To Avoid Making Poor Decisions

I thought I’d conclude things by offering you a quick run through of some of the more common cognitive biases that you will probably be subjected to from time to time.

Today we are going to follow a mythical woman called Helena as she goes to the Mall and see how difficult it his for her to avoid making poor decisions completely unaware of her cognitive biases.

For the record, Helena is in no way connected to my wife, Helen. It is purely coincidental that their names are so similar and they are both married to Life Coaches.

On arriving at the Mall, Helena (not Helen you understand) decides to grab a coffee. Whilst standing in line somebody comments on how nice her hair looks.

Immediately somebody next to her concurs and before you know it there are half a dozen people nodding their heads in appreciation of her well coiffured head.

She feels pretty good about this as she wonders off coffee in hand and a spring in her step. However, as she exits the coffee shop she thinks she hears a man mumble to a friend;

“I don’t like her hair, she looks like a witch who’s been dragged through a bush backwards by another witch”

She is distraught and never stops to calculate the likelihood of a complete stranger saying something so bizarre.

The reason being, she was thinking exactly the same thing before she left home. She didn’t like the way that bastard Luigi cut her hair last time anyway and this just confirms what she already knew, it is a complete disaster.

Because the previous compliments contradicted Helena’s belief about her hair, though momentarily gratifying, there were now dismissed out of hand.

And the one presumed negative comment took center stage kicking all the compliments in the arse and ordering them out of her memory.

Still fretting somewhat, Helena wanders into Macy’s and picks up a dress that attracts her interest. Seeing the $299 price tag she puts it down thinking, “It’s not worth that much” As she does so she realizes it’s a sale rail and everything is 60% off. Fantastic!

She does a mental calculation and realizes it’s actually only $120.

Little does she know that the reason stores use signs like:

Rather than just changing the sticker, is because it’s ‘anchors’ customers to the higher price. Thus when they then compare the original price with the new reduced price they are far more likely to think they have the bargain of a life time and make a purchase.

Note: This type of anchoring isn’t the same as the NLP Anchoring that you may have heard me refer to in the past.

She eagerly heads for the changing room to try the garment on. When she has done so she steps outside to check it out in the full length mirror and the smiling assistant is stood watching.

“Wow that looks really amazing on you, the purple spots and pink and yellow stripes really make your blue eyes pop” says the clearly insane women.

Helena hasn’t noticed her fragile grasp on reality and she immediately buys into the interloper effect of thinking a third party will always offer honest and unbiased advice without prejudice.

Consequently she simply smiles and thinks “Yes it does” whilst thanking the women.

As she is paying for the dress another assistant walks up behind her and not realizing Helena is buying it picks it up the dress off the counter and says to another customer;

The woman picks the dress up and holds it against her body smiling. Immediately Helena goes into a mini fight or flight response as loss aversion kicks in and she sees her bargain slipping through her fingers.

For most people the pain of losing a bargain is out of proportion to the pleasure of finding it in the first place and this feels especially bad.

“I’m really sorry” interrupts the store assistant serving Helena, “It’s already been bought by this lady” and motions toward Helena.

Helena smiles at the women apologetically as she takes the dress off her and turns back to hand over her credit card.

A few moment later Helena is leaving the store with her new dress when she is approached by the same woman.

“I’ll tell you what, I’ll give you $200 for the dress in cash right now” says the woman as she starts to remove a wad of bank notes from her purse.

Helena looks puzzled and somewhat irritated and responds with, “I’m good thanks”

“OK, $300 then” says the exasperated women waving cash at Helena.

“It’s not for sale” snaps Helena and walks off angrily.

If only Helena had known about the endowment effect that has the tendency to make people value goods they own more highly than similar ones those they do not. It’s why people can feel insulted by a low ball offer for their home or car, even though it’s purely a business transaction.

If she had have known, she could have taken a step back and realized that only 5 minutes earlier she had said to herself the dress wasn’t worth $300 and she could have made a tidy profit.

Shortly after Helena heads back to her car pleased with her days shopping. Unfortunately, with her mind elsewhere, she heads out of a different door to the one she entered the Mall by and fails to notice her error.

As she walks to where she thinks her car is she realizes it isn’t there and immediately starts to panic.

At the same time one of the prowling Mall Security cars turns down her isle and on seeing, the by now frantic Helena, pulls over to offer help.

She blurts out that her car has been stolen and asks the guy to call the police. He knows that people regularly forget which parking lot they used as they all look the same to most people and asks her if she is sure.

Helena insists she definitely left it right there and points to the empty parking bay.

The security guy tells her to hop in the car and he’ll drive her to the office to make a report and call the police. He deliberately drives her the long way back via the adjacent parking lot and a sheepish Helena soon spots her car right where she left it.

Researchers have found under some circumstances that people, when claiming to be 99% certain of something, are wrong 40% of the time.

We also know that many people have false memories and the vividness and certainty of a memory is no guide to be sure that an event ever really happened.

Relieved to have found her car Helena loads in her bags and sets off home. Almost immediately she feels guilty for spending so much money on herself when her loving husband is probably at home slaving away over a hot keyboard.

For a moment she feels a smidgen of buyers remorse and considers taking the dress back.

Then post-purchase rationalization kicks in. After all the dress was a real bargain, that much was obvious by the determination of the other woman to buy it off her.

Not only that, but she works damn hard for her money and if she wants to pamper herself once in a while why the hell shouldn’t she?

At that moment her cell phone rings and it’s her gorgeous and multi-talented husband asking when she’ll be home.

“Oh I’ll be back in about 15 minutes” she responds forgetting the 918 times previously she has driven that route it has never taken her less than 25 minutes and 30 is more usual.

If you enjoyed this post, sign up for the newsletter as one of the free ebook, ’70 Amazing Facts About Your Brain’ takes all this to a whole new level.

70 Amazing Facts About Your Brain

This story is just a small part of ’70 Amazing Facts About Your Brain’ which you can get just by signing up for my newsletter.