How To Avoid Getting Ripped Off 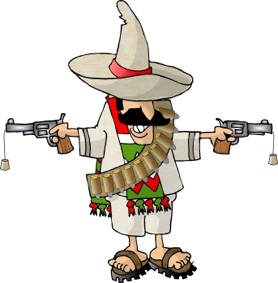 A few weeks ago I was pondering doing some advanced NLP training in Colorado. It appealed to me largely because two of the trainers leading the course were people I have the utmost respect for, Steve Andreas one of the fathers of NLP and Andy Austin the author of one of my favorite books on NLP, ‘The Rainbow Machine’.

However, when I sat down to work out the cost of the training itself which was very reasonable, 6 nights hotel accommodation and the time I’d need to take off work, I realized it was going to be nudging the $5k mark.

Did I want it that badly I wondered and will it make me that much better a Life Coach?

The honest answer is probably not, because I let the early bird discount expire and did nothing about it for several weeks. Then a few nights ago I happened to mention to Duffy a friend on Twitter that I was still considering it and asked if he’d be attending.

Then he hit me with the bombshell; it was sold out!

What?? Sold out?? But I hadn’t made my mind up yet, that wasn’t fair because I did really want to go, honest I did. In fact I couldn’t remember wanting something so badly since that time I got stuck on a two hour bus ride sans bathroom after drinking 6 pints of beer.

I’d known from the very moment I’d heard about it, it was my must do thing for this decade.

I immediately logged on to the site to see that it was indeed sold out, and thank heavens, there was a life line. I was informed there was a good possibility they would be releasing a few more precious places this week to the chosen few and if I wanted  to sign up to the waiting list and hand over $250 deposit, they would contact me soon.

I cyber-rummaged for my PayPal login details and eagerly clicked through to the payment page. I was about to hand over a chunk of my hard earned when I stopped dead in my tracks.

What the hell was I doing?

I was about to commit all that money as well as leaving my wife with two dogs to cope with for a week, on the basis of what? Half an hour previously I wasn’t even sure I wanted to do the training. Or at the very least, want to do it at that cost. What had happened in the meantime?

That ladies and gentlemen is what we call loss aversion.

Loss aversion is an incredibly powerful force and can make us act completely irrationally. The brain hates the signals it gets when it loses out. That is why the majority of gamblers continue to gamble when they are losing. The pain of losing is worse than the pleasure of winning, which usually results in ‘chasing losses’ and a rapid downward spiral.

I didn’t almost sign up because I desperately wanted to do the training. I nearly signed up because my brain was screaming “Don’t lose out, I’ll hate you if you lose out you losing loser from Loserville!” Ok, maybe it wasn’t actually saying that, but it was sending some signals that made me think it meant that.

Have you ever visited one of those ugly long letter sales pages so beloved by many Internet marketers? You know the kind I mean, it takes you about 9 hours to read all the text. And by the time you get to the bottom you’ve gone temporarily blind after looking at all the yellow highlighter, tick marks and stupid cut out boxes that you can’t cut out .

Not only that, but you’re almost throwing up after looking at all the fake smiles and dodgy hairdos from the people from the 80’s offering testimonials and you’re wondering what you’ll do with the $219,768 worth of free product they are going to give you?

Phew, better get it bought before they realize they’re giving this stuff away and put it back up to the ‘normal’ price.

That ladies and gentlemen is what we call anchoring. 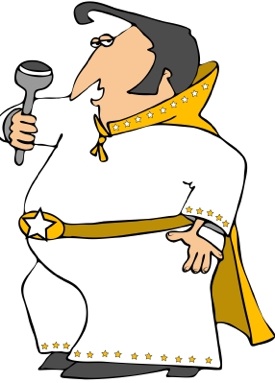 Anchoring in all its guises is well known by marketers and as such it is used with sickening regularity. I’m sure as you read this you can think of many examples. The ticket price on a car, the brochure price on a Caribbean Cruise and the ‘Previously sold at’ stickers on clothing in Outlet Malls.

There is a reason sales companies use anchoring and simply put, it’s because it works. They aren’t really expecting people to pay full price (that is just an occasional unintended bonus), but they do want to condition their customers to believe the original price is the real value and they’re about to secure the bargain of a life time.

It’s all about looking clever. We all like to look clever, and the companies selling to us want to help install that belief. Not only does it reduce the likelihood of buyers remorse, but we are then much more inclined to tell the world how clever we and how cool we look in your Elvis in Vegas costume you just purchased on eBay for a mere $9k when it’s really worth double that.

It’s the fine art of manipulation.

Having said that, if they convince you to buy a product or service that makes a huge positive difference in your life, are their tactics retrospectively, justifiable or at least acceptable? If I think I am a great Life Coach that can help people change their lives for the better (and I have to be honest and say I do), isn’t it my duty to demonstrate that confidence and do what I can to get people to hire me?

I guess that is a philosophical question for another day.

I think I need to make something clear before I continue. My book ‘How To Be Rich and Happy’ is worth $197 and I only have 3 left!!!

I’ve had three conversations recently with people asking me whether online products related to Life Coaching were worth it and whether they should buy them or not?

There are lots of good courses and ebooks on the Internet and there are a lot more of dubious or no value in my experience.

Sellers will try many things to get you to buy. As well as the incredibly powerful methods above that almost all people fall victim to at some time or other both on and offline, there are other strategies.

There is the approach of pitching your product so high that peoples perceived value rises inline with your charges. If I charged $500 an hour for Life Coaching some people would want to hire me just because I charged that much. Their due diligence would go out of the window and they’d be thinking

“Wow this Tim Brownson charges 500 bucks an hour, he must be the bestest Life Coach in the whole wide world!”

The bizarre thing is because the client has invested in the belief so heavily both financially and emotionally they may indeed get better results. So if that is the case, is it still unethical? It’s a tough question and I’ll leave you to make your own mind up. 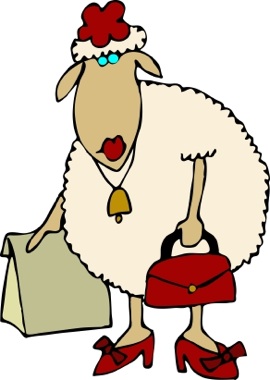 Then there is social proof and our innate desire to base our decisions on what other people are doing. Just visit the Apple store when the next version of the iPhone is released or maybe check the follower count of some of the ‘Superstars of Twitter’ to get an idea of social proof in action. It’s the everybody is doing it so it must be the right thing to do approach.

The thing is that some of these methods (and of course there are more) are used by ethical as well as unethical companies. In fact it is almost a prerequisite.  I don’t see the people I mentioned that are running the NLP training as unethical and trying to rip me off, far from it. I see them as maybe using some fancy pants sales techniques to fill their courses and I have no issue with that.

If you are trying to sell something online and you don’t utilize any of the above you’re probably going to get buried, as I have found out to my own cost on more than one occasion.

If you want to make less informed decisions and salivate at the thought of signing up for an online course telling you how to sign up for online courses, buy an ebook on The Secret Behind The Secrets Secret or donating money to somebody that earns ten times the money you do then there are some guidelines you can follow, here’s some pointers to help you on your way.

Firstly, understand that EVERYBODY is influenced by the sales techniques I have mentioned, even experts in the field. If you think you’re not, then you’re even more likely to get burned.