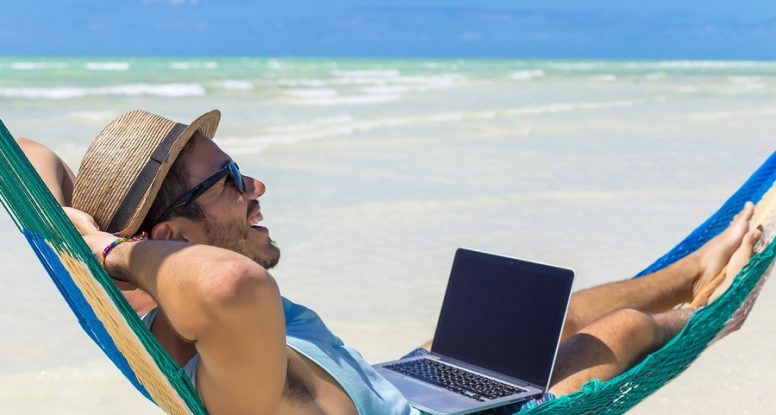 The Two Things That Make You Happy At Work

I was working with another Life Coach last week when she suddenly said to me, ‘It’s hard working for yourself, you know’

I laughed and said, ‘Yeh of course it is, life is chock full of hard. That’s what life is all about.’

Do you know what the two things are that in survey after survey deliver the most satisfaction for people in the workplace?

In other words, believing what we do has an intrinsic value in and of itself to ourselves and/or others.

Usually a close runner-up, is feeling like we are appreciated, not just by the people who pay our wages, but also by our peers and even the people we serve if we are customer facing.

No amount of money can make up for missing those two things.

For twenty years I did a succession of jobs that paid me very well, especially for the second half of that time.

I could afford £1,000 suits, £5,000 vacations and not to look at the right hand side of the menu before I ordered my meal in a restaurant.

But for about half my waking life I was doing something I didn’t want to do.

In my twenties it didn’t seem like it was too much of an issue. I worked hard and boy did I party hard. Life seemed to go on forever.

My thirties started off in a similar manner, but as the years ticked by the disillusionment mounted and mounted.

By the time I hit forty I thoroughly hated what I did and no amount of money or trappings could mask that fact.

And a weird thing happens when you get to that age. You start to become increasingly aware of your own mortality.

Suddenly it’s not quite as acceptable to be putting up with second best all the time and forever focussed on the weekend because the other 5/7ths of the week by and large, sucked..

How hard do you think it was getting up day after day dreading what was to come?

Burying Your Core Values Is Hard

How hard do you think it was frequently having to bury an important core vale of integrity because of the pressure to make sales and keep the corporate beast happy?

And how hard do you think it was knowing that the people I worked for didn’t give a shit about me as a person? That only my sales figures had any appeal to them?

The last point was beautifully highlighted when after my dad died I took time off from my job to be with my family.

I was actively encouraged to do this by my regional manager and I was extremely grateful to have such a caring guy above me.

Then a month or so later when I was behind on my sales quota because of the unscheduled two-week hiatus I had the ignominy of having client accounts taken off me, meaning for the first and last time in my sales career I was to miss a major target.

That was pretty hard, knowing that the sympathetic words and kind gestures were merely window dressing for the  consumption of others, especially H.R., and that they didn’t give a fuck about my personal loss.

It’s hard working for yourself because you’re responsible for your own success and coasting is seldom an option.

But there are two types of hard.

There is the hard that crushes your soul, magnifies your stress and gives little to no long-term relief or satisfaction. A hard that only delivers regret even if that is tempered by short-term material gain.

Then there is the hard that like a good work-out, where you work your tits off doing work that means something to you. The kind of work where even though you’re doing it on a Sunday afternoon (like I am now) you really don’t care because it’s fun.

Life is hard, you just have to pick which type of hard you prefer.

Are You A Life Coach?

Or any type of coach for that matter?

If you are and you want help attracting more clients, then you’ll want to click this link and check out how I can help you before the early-bird finishes on Thursday 9th March.