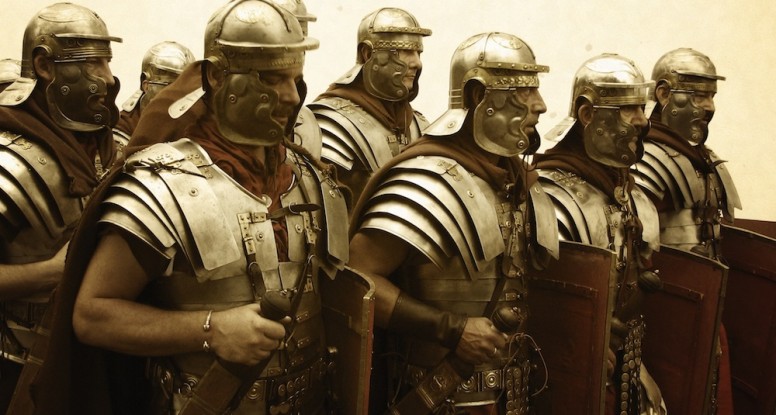 Happiness Lessons From A Slave And An Emperor

A cold, huddled figure is sitting in his tent, scribbling away in a small, leather notebook.

After spending the entire day wading through the mud, it doesn’t help that the evening has gotten colder and rain is drenching him.

Only a small candle light is there to keep him company and allow him to see what he is writing.

He should have gone to sleep, for tomorrow will be another hard day.

The Power of Routine

However he has a routine and he must stick to it.

Besides, writing helps him reflect and deal with the harsh reality that he lives in.

The man we are talking about is Marcus Aurelius, the Emperor of the Roman Empire.

The scene we are describing is when he was on a campaign trying to subdue the barbarian hordes that were camped out across the northern border of his Empire.

He had a ritual of writing in his notebook every day. Noting down observations, philosophical quotes and lessons that he had learnt.

He was an Emperor living two millennia ago, yet his daily struggles were very similar to what people undergo today.

The little notebook that he kept has survived for us until the present day.

It is called the “Meditations” and contains hundreds of nuggets of wisdom, which can help you make sense of the world and guide you on the right path.

One example: “You have power over your mind – not outside events. Realize this, and you will find strength.”

Another: “Waste no more time arguing about what a good man should be. Be one.”

Yet this story is not about Marcus Aurelius and his thoughts, however powerful and inspiring they may be. This story is about his inspiration, Epictetus.

Epictetus was a Greek philosopher who lived in the Roman Empire.

Marcus Aurelius probably never met the man himself, but he was deeply inspired by his teachings and included many citations from him in his works.

Epictetus was born a slave, but through his hard work and perseverance, he rose to become a wise teacher so that even Emperors listened to him.

Being a slave, he was largely self-taught, which makes his rise even more extraordinary.

He was a man known for his wisdom, and his thoughts inspire even today, the same as they did all those years ago.

Understanding What You Can Control In Life Is Crucial To Happiness

You need to concentrate on changing and improving the things that you have in your power to control and forget about the things you cannot.

For example, how weak or strong you are is in your control (for the most part), and so you should focus on setting goals in this area and working hard on attaining them.

However, your height and whether it rains today are things that you cannot control and so you should put them out of your mind.

Epictetus was a cheerful fellow, but he learned his lessons the hard way.

He was born a slave and had to survive a lot of cruel and harsh treatment.

One story even says how one of his masters broke his leg on purpose, causing him to be lame for the rest of his life.

These things were what made him the man that he became and he focused on the aspects of life he could control.

Let Go Of That Which You Cannot Control

He knew that in order to become a successful person, you will need to face obstacles and challenges, some of which you will have no control over.

One quote recorded by his student Arrian, exemplifies his view on the world: “Difficulties are what show men’s character.”

Therefore when a difficult crisis meets you, remember that you are as the raw youth, with whom God-the-trainer is wrestling.”

His advice was when a challenge catches up with you, instead of sobbing how unfair the world is, you should roll up your sleeves and get to work.

He taught people that life is in your hands and is of your own making.

Your happiness depends on you.

Marcus Aurelius probably summarized this philosophy the best: “Very little is needed to make a happy life; it is all within yourself in your way of thinking.”

The teachings of Epictetus kept many people sane in the most difficult of situations, even in modern times.

One man who credits Epictetus with saving his life is James Stockdale, a US fighter pilot who flew in the Vietnam War.

He was shot down and spent years in a Vietnamese prison, several of these years in the brutality of solitary confinement.

Knowing about Epictetus and his teachings gave him the strength to survive through those unbearable years.

He said: “Fear is an emotion, and controlling your emotions can be empowering.”

For Epictetus also taught how to control your emotions. A derivative of his lessons on focusing on what you can control and discarding all the rest, was to keep calm in the face of adversity, no matter what this adversity is about.

Peter is a world traveller whose interests include fitness, history, gaining weight, learning languages and a wide variety of other things. He runs the Renaissance Man Journal.

Do You Want To Be A Life Coach?

The early-bird countdown is well under way and almost half way through.

If you have ever considered a career helping others, then check out this page for more details.