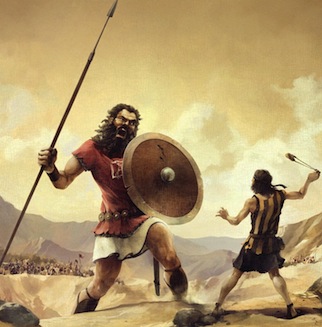 It may seem arrogant to say this, but Malcolm Gladwell reminds me of me.

Of course he’s much more intelligent, a far superior writer, has more money, doesn’t swear as much and is probably a more interesting dinner guest who won’t drink your finest wines.

But we were both born in England, and more importantly we both love to kick incorrect conventional wisdom in the bollocks when given half an opportunity.

I make no bones of the fact I have a bit of a man-crush on Mr Gladwell due to the fact he wrote one of my all-time favorite books, ‘Blink‘ (al).

In ‘Blink’ Gladwell does an outstanding job of explaining what rapid cognition is and why listening to your gut instinct is often (although not always and he doesn’t shy from giving examples when it can be a bad thing) the wisest course of action.

Gladwell is way more than a revealer of information though. He’s first and foremost a great storyteller and that’s why all of his books are as close to put-downable as any I have ever read on self development.

Only they’re not really viewed as self development books. I doubt you will find any in the self development classification on Amazon because they really cannot be pinned down into any category, other than non-fiction that is.

To my mind though, anything that challenges our thinking and demands we see things from a different perspective has to be self development.

That’s certainly what I’ll explain to the IRS when they want to know why I have claimed the cost of the book on my tax return anyway.

In his latest book ‘David and Goliath: Underdogs, Misfits, and the Art of Battling Giants (al), he turns his attention to people we often see as Society’s underdogs.

But it’s Gladwell so there’s a twist.

He doesn’t just extol the virtues of these people in an attempt to say, “you can do this, after all you are human” he takes things much deeper than that and looks closely at what made them who they were. In many respects he’s saying, “you probably couldn’t do this, you didn’t deal with the adversity that they did growing up”.

Can you possibly imagine that dyslexia can be what Gladwell refers to as a, ‘desirable difficulty’ for a small group of people?

In other words, a condition that can cause so many problems for kids (especially when it’s often not medically diagnosed before the child is wrongly diagnosed as being either dumb, lazy or both) can actually help then become super successful?

It sounds absurd until you understand that such a condition pushes some kids to try harder, to adopt different learning strategies, and to be much more resilient toward set backs in later life.

This explains why the ratio of non-dyslexics to dyslexics amongst super successful entrepreneurs and business people is so out of whack. There are way more dyslexics than statistics would predict.

Every time Gladwell throws a new theory at you such as:

You instinctively think you know the answer because it’s conventional wisdom, right?

But this is Gladwell, and as such you know the obvious answer is seldom the right one as he happily takes a sling shot to the sacred cows of conventional thinking.

Speaking of sling shots, you do know that Goliath never had a chance, right? That the odds of that fight were so heavily stacked against the big fella that Vegas would have closed the book?

No, me neither, but it now makes perfect sense. I won’t spoil it for you by explaining why David was probably laughing all the way down the hill to meet Mr Goliath.

David and Goliath is without a doubt a Gladwell classic and I loved every page of it. Especially at the end when he takes a look at the power of forgiveness (maybe he did drift in to self development after all?).

If you have enjoyed any of his books you’ll enjoy this one. And if you haven’t checked him out, start with this one and work your way back because you’re in for a treat.