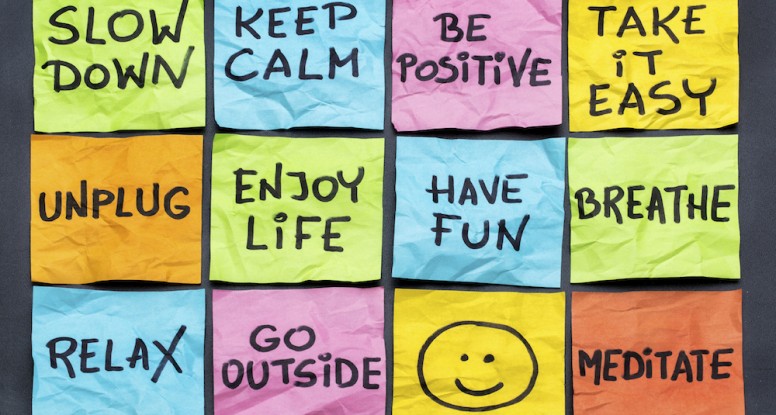 Even Life Coaches Get Stressed

It all started about mid-December of last year when my anxiety levels started to creep up on me again.

This is nothing new, I have had an on-off relationship with GAD (generalized anxiety disorder) since as long as I can remember.

And I’m being serious, I have no recollection whatsoever of a time in my life when anxiety wasn’t a mosquitoes dick away from making an unwanted appearance.

For the decade or so before I started coaching I relied on self medication and distraction tactics, such as working all the hours I could in the week and partying hard at the weekends.

But those tactics were about as likely to succeed as if you were to decide to feed the Lions at the local zoo by strapping a dead Zebra to your back and asking them to please nibble carefully.

Into Life Coaching We Go

It was the search for other alternatives that took me on to a stress management course and then into Life Coaching.

It probably saved my life.

Since then I have acquired some rather sexy tools for dealing with my anxiety.

It doesn’t mean it never rears its butt ugly head, just that I know now what to do when it does and can counteract it (usually in minutes or at the most hours, rather than days, weeks or even months).

In December I was really tired and also really busy.

Running A Daring Adventure is enough on its own, but Coach the Life Coach was taking off and I was trying to get a lot shoe-horned into a shorter month with a vacation back to the UK looming.

The first thing to drop off was my meditation.

Actually I say it dropped off, it would me more honest of me to say, I dropped off.

I was so tired I took to meditating lying down, usually doing a body scan, knowing damn well I’d fall asleep for half an hour.

Sleep and meditation are not the same thing.

If they were the world would be a lot more chilled, happy and even-keeled.

By mid-December I’d convinced myself it was already the holidays so it was ok to relax with a glass or two of wine rather than meditate or work out in the eveing.

If you’re shaking your head and thinking. ‘What the fuck was he thinking off?’ you’d have my admiration for being so on the money – maybe you should become a Life Coach?

The vacation was brilliant, but turned into a full frontal attack on my liver.

It was fun – a lot of fun, and I don’t regret it, but coupled with the fact I didn’t meditate once or put in more exercise than walking to the bar, meant I got home, not refreshed, but exhausted.

The stress didn’t abate when the new year kicked off because I had more on my plate than Mr Creosote in Monty Pythons ‘The Meaning of Life’.

About a week into 2015 I thought, ‘This cannot go on, I’m sliding back to where I was 12 years ago and I don’t want to die just yet. I want to win Miss World and save the Panda’s first’

With Coach The Life Coach I feel like I have a massive duty of care to the people I train to make sure the information I give them is as good it can be.

I was trying to keep up with all the Social Media and SEO (search engine optimization) changes on on my own.

Both industries are constantly changing and morphing and I was having to read up on them on a daily basis and still struggling to keep my head above water.

There are people bailing out of the SEO industry because they can’t keep up with Googles changes and that’s all they do! They aren’t having to coach and run two businesses too.

I hadn’t worked with my own Life Coach for almost 3 years, so I changed that by hiring Meredith Hooke.

Not only is she a great coach, but we share the same dark sense of humor, love of Jim Jeffries humor and she’s also a meditation expert.

Since I committed to her that I would stop dicking about and do it properly I haven’t missed a days meditation. What’s more, for the first time in 8 or 9 years  I’m really enjoying it.

I also hired a Social Media expert so I could forget about having to trawl through the daily, and sometimes twice daily, updates knowing not only was I not letting my students down, but they would be getting even better advice.

I hired a designer so I could drop the feeling that some of my course information was as attractive as Keith Richards after a 3-day bender, and I re-hired Chris Gaskill my awesome web guy to help in certain areas.

I also started doing Rick Hansons incredible ‘Foundation of Well- Being’ course. I am only about 1/5th of the way into this as it’s designed to be a 12 month course, but the material, (both depth and breadth) is like nothing I’ve even seen before.

You can check it out here because I think it’s going to be a real game-changer in the industry.

It is an affiliate link because as soon as I got into it I knew I wanted to share it with clients and my readers, but if you hate the thought of me earning a few bucks if you sign up, then just Google it and avoid the link.

By the way, I plan on writing a more in-depth review when I am further into the course that will appear in my newsletter, so please sign up in the box on the right!

I also plan to hire some other people as I develop the Coach the Life Coach course and so I can also get back to do what I do best, which is coach, teach and write.

Oh, and I’ve knocked the alcohol on the head for a month or two because I didn’t like the way that was going.

Whenever I have quit drinking for extended periods in the past it’s been daunting. For some reason this time it feels nothing like that, it feels liberating.

That’s a promise I’ve made to my coach, my wife and now you.

We all have one body and one life and sometimes we need help.

I had forgotten that.

Which is kind of weird when you think I earn my living by helping people.