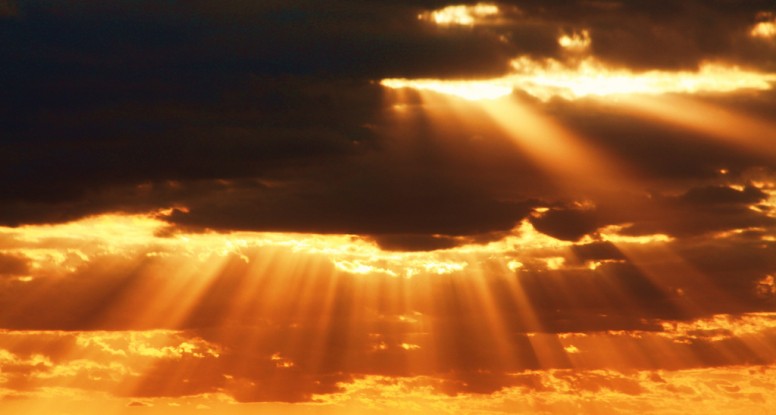 Do You Believe In God?

Recently I was talking to somebody about the Universe and we were wondering how big it is.

We both agreed it’s very big, but that’s about as far as we got. My friend said it was infinite and that just blows my mind.

What does that even mean? I don’t mean in the literal sense, but try and imagine something that goes on and on forever and never stops.

Think of Paula Abdul critiquing an American Idol contestant and you’re almost there, but not quite.  See what I mean about mind-blowing?

I suggested that the Universe may not be infinite and that at some point if you travel far enough you may come to a brick wall with a sign saying ‘End of Known and Unknown Universe – Keep Out’.

It may not be an actual brick wall per se; it could more of a picket fence type of arrangement with shrubs and pretty perennial plants placed in between. Or it may even be space is curved and you eventually end up back where you started.

What Is Outside The Universe?

Whatever the answer is it still begs the question, what’s just outside of that? I don’t know about you but I struggle with nothingness.

I have no point of reference in my mind and if I ponder it for too long I start drooling and slowly rocking backwards and forwards in a fetal position whilst sucking my thumb.

The problem to my mind is, and I paraphrase Einstein; I’m using the same thinking to solve the problem that allowed it inside my head in the first place.

I have to either forget about it and accept I don’t know, or step so far outside of my box that I’m in a world where boxes don’t even exist. Or if they do, they live in multiple dimensions and cost a lot more to produce.

If you’d asked me 10 years ago if I believed in God, I’d have smirked like somebody that’s in on an in-joke and replied that I didn’t.

However, I’m a little bit more on the fence now.

When I take on a new client I send them an intake form. It asks the person to grade where they see themselves in 16 separate areas of their life. One of the areas is spirituality.

At that stage I don’t delineate between spirituality and religion because I want to understand what the client’s opinion of spirituality/religion is, not try and foist mine upon them.

Moving from the UK to the US was a bigger culture shock than I expected. After having spent so much time here prior to emigrating I thought I knew what I needed to know. I didn’t, in fact I wasn’t even close.

The UK is to all intents and purposes a secular country. I read recently that less than 2% of people regularly go to Church.

And by regularly, I don’t think it included those festive souls that decide it’s a great idea to go to the pub on Christmas Eve, get loaded, and then head to Christmas Eve Mass after closing to see if there’s any free wine going.

The easiest way to explain the difference between the two cultures would be this. I’m pretty sure it wouldn’t significantly (if at all) harm a UK politician running to become Prime Minister if he or she admitted to being an atheist. Whereas in the US such a confession would make the person effectively unelectable.

Is It Necessary To Force Our Beliefs On Others?

I love Kurt Warner he’s one of my heroes. For those of you that don’t follow (American) football, Kurt was the Rams QB when we were the team nicknamed the Greatest Show on Turf in football between 1999 and 2002.

Not only that, but Kurt is known to be an all round great guy. He does a lot of charity work, is always kind and considerate and you never ever hear him trash talk the opposition.

I was delighted to see him take the Cardinals to this years Superbowl, but slightly dismayed to hear what he said after the Championship win over the Eagles.

Kurt thanked Jesus on live TV for the win.

Does God Take Side in Sports?

I hear this a lot from sports people. I have heard some athletes go even further by suggesting they won because God wanted them to win. Really? Is that what God is all about?

In my humble opinion the greatest state we can be in, is a state of gratitude.  When we look at our life with a sense of appreciation and thanks, at least for that moment we stop focusing on what we don’t have. We stop comparing and thus we are content and at peace.

If as an individual that takes shape in prayer and thanking God, then I’m 100% cool with that, but is it necessary to do it on national TV?

God probably wasn’t watching Fox at the time and a quiet word would probably have done the job equally well, wouldn’t it?  Or is there another reason I’m missing?

Whatever your view on God, The Source, Jehovah, Vishnu, Jah, Allah or whatever name resonates with you, humor me on this thought process for a moment.

Leave any beliefs to one side just for a short while if you can. I know it’s not easy when it comes to matters of Faith, but see what you can do because I’m going share with you what I believe in about God.

What I Believe About God

I respect almost all religions even if I don’t subscribe to them. Some while ago I got accused by an angry reader in the comment section of this post of being “obviously anti-Catholic’. I was slightly taken aback by that, not least because I have a Catholic wife and was married in a Catholic Church.

When I say I respect almost all religions, here is where I start to struggle. This opinion is formed because of my values and my beliefs and as such it’s neither right nor wrong. It’s just an opinion based on information I have been exposed to in my life.

How can we even remotely comprehend the intelligence we’re talking about when as a species we don’t even know how our own brain works at a cellular level, we can’t cure the common cold and run around shooting and bombing people that don’t agree with us?

Yet some people believe they cannot only comprehend it, but know enough to second guess it and understand Its motives.

That seems a mixture of crass stupidity and arrogance to me, but then again, what do I know? And I’m being genuine about that.

This post wasn’t designed to offend anybody, far from it. I just wanted to throw some thoughts out there and see what the response was. I’d love to get your take on it and feel free to vilify me!