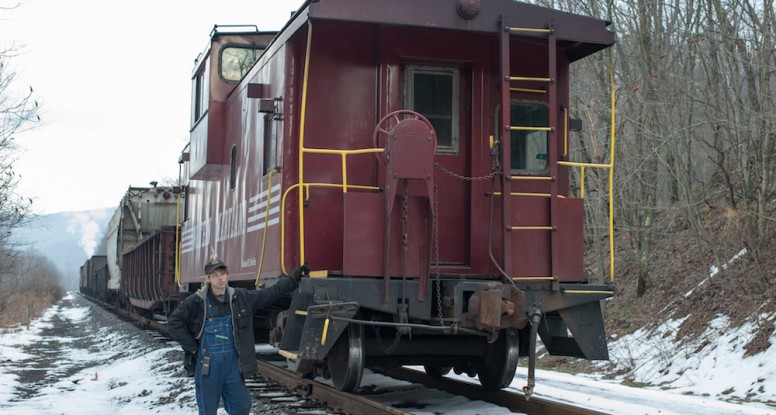 How To Design the Life You Truly Want

The following is a guest post from Gregory Henderson and if it doesn’t inspire you, you may be already dead!

How To Design the Life You Truly Want

It was a cold, wet, dreary winter night when death came calling.

I was at work, the sleet and snow coming down so fast you could hardly see your nose in front of your face.

I sure was glad I’d put my thermal underwear on, but even with them underneath my one-inch-thick insulated overalls, I was chilled to the bone.

All I wanted was that night to be over with so I could go home and snuggle with my new bride of three months and sip on some hot chocolate while watching a movie.

But That Wasn’t To Be…

You see, I worked for the railroad as a brakeman.

On that night, we were in downtown Troup, Texas switching box cars in and out onto the main track so that they could be picked up by another train coming through in a few hours.

Since the locomotive had to go out and block a road crossing every now and then, I had to stand in the crossing with my lantern and flare just in case a vehicle approached and couldn’t see the train in the middle of the road.

Just then, a drunk driver being chased by a Texas state trooper came flying up the road doing 110 mph.

You guessed it; me and the front end of the locomotive were slap dab in the middle of the crossing.

The drunk’s car hit a small berm and catapulted in the air.

Now, I don’t remember any of what happened next, but this was what the report from the state trooper and the engineer stated.

As the car went airborne, my lantern and flare shot about 25 feet into the air over the front end of the locomotive.

The drunk’s car hit the front end of the locomotive cartwheeling around it, flipping numerous times before coming to rest on its side.

The engineer stopped the train, the state trooper jumped out of his car, and two other workers on the job began frantically looking for me.

After 20 minutes they still hadn’t found me, so they went toward the drunk’s car.

The car had flipped 75 yards down the road before coming to rest on its side.

As they approached the car, the conductor noticed something halfway between both ends of the car.

He walked up shining his lantern to get a better look, and that’s where he found me.

I was on the ground two feet from the car, and if it had rolled one more time, it would have crushed me.

Flying Can Be Hazardous To Your Health…

When I was hit, the lantern, flare, and my body are what were seen flying over the locomotive.

The impact had catapulted me 75 yards down the road.

When they found me, all I had on were my tee shirt, underwear, and socks. It had literally knocked me out of my clothes.

I was unconscious and near dead when the ambulance arrived. They frantically worked on me all the way to the hospital, which was 20 miles away.

When I opened my eyes, all I could see was bright white.

It was puzzling. Where was I? What happened?

Then a figure disrupted the brightness.

It was the face of my new bride crying with a smile as she looked down at me.

I had been unconscious for five days.

While freaking out over these questions and circumstances, a doctor entered the room.

He said, “The impact of the car hitting you at 110 mph should have burst you like a balloon, and it is only by the grace of God you’re alive. This is the only explanation we have for you surviving the impact.

You have multiple deep lacerations on various areas of your body, but a shattered right femur is the most serious of your injuries.”

A complete prognosis of what my future would look like would be available shortly after surgery.

Not Too Pleased With Where Life Was Heading

Surgery was a so-called success according to the doctors.

Their prognosis of my future was more on the line of unthinkable.

I would have limited mobility in my leg for the rest of my life, so I just needed to accept the fact that I’d need to make changes to my lifestyle.

They continued to caution me on what to do and not do when released, yadda-yadda-yadda.

By the sound of things, life wasn’t heading in the direction I thought it would, especially for the next two years or so.

What You Do Today Affects Your Life Tomorrow, But How Is Up To You…

After being at home for a while dealing with the pain and the thoughts of what the doctors told me was near unbearable.

Then one day, it finally all came to a head. My pity party of why me had to cease. I needed to take control of changing my life for the better.

So I came up with a plan — not too smart of a plan, or so I thought since everyone was all about setting goals back then.

Not me — I decided to make a shit list of what I hated in my life, and at the top of it was the doctors’ prognosis.

I taped my list on the refrigerator door so it would be staring me in the face every time I entered the kitchen.

When I did, it would make me so mad that my blood would feel like it was boiling and ready to erupt like a violent volcano.

As months passed, I noticed something shocking. My blood wasn’t boiling like it did in the beginning.

Instead, after looking at the list for a few minutes, I’d just walk away with no real emotional ties to the words anymore.

It’s All About Attitude

I noticed my attitude, belief, and confidence were all soaring like a powerful eagle in the sky.

Doubts, fears, and questions about my recovery and the doctors’ prognosis were all fading away.

My mission — 100% recovery, no crutches, no canes, and do whatever I wanted.

Well, here’s how it ended up.

Even though the doctors said it was a one-in-a-million shot to have such a successful recovery, I knew exactly what was behind it all.

Faith, a positive mindset, along with a never give up attitude.

Everyone has challenges, and we all experience them in one form or another.

The most terrifying of them all is, when you wake up one morning realizing your life hasn’t turned out the way you thought it would.

Fortunately, you don’t have to live life this way.

I stated earlier, “I came up with a plan — not too smart of a plan or so I thought at the time.”

Making my Shit List helped me eradicate the emotional strain, build confidence, and boost my self-esteem enough to overcome the challenges in my life.

And it began with taking action.

Mirror Mirror On The Wall

The reflection you see in a mirror is who you are; the image looking back sees who you can be.

Face it — if you’re sick and tired of the direction your life is heading, and if you want to design a life you truly desire, you must escape the I-Robot or zombie mentality that society has impregnated your mind with.

You’ve let someone rob you of your dreams. The essence of who you are and who you can be.

There’s no way you can just sit back hoping and praying that life will get better through some immaculate conception.

It takes guts along with determination and perspiration to get what you want out of life.

The image in the mirror looking back at you is a genius and knows how to get what you want.

No one on this planet is just like you.

You are a unique, special one-of-a-kind creation with abilities to create the life you desire.

The one-of-a-kind fingerprints, DNA, and brainwave patterns you possess validate this.

So take charge of your life, start dreaming, and live life on your own terms.

Mirror mirror on the wall, am I a success after all?

Gregory Henderson is an unorthodox life change architect. His mission eradicates false beliefs and helps individuals get Fired Up! About living and loving life on their own terms.

Get his free True Story: Success Beyond Your Comfort Zone