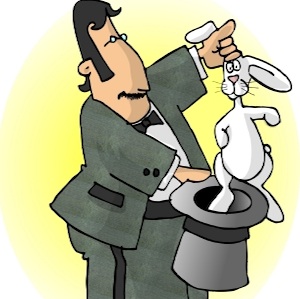 If I could show you a guaranteed way of being more creative, would you be interested?

If you said no, then I suspect your creativity is through the roof, so if I could show you a guaranteed way of being more analytical when necessary, would you want to know more?

I want you to think of a time when you were disturbed whilst being in the zone, a time when what you were doing seemed effortless and you were in the state Mihaly Csikszentmihalyi christened as, flow.

Presuming your interruption was for more than a few minutes, what happened when you returned to the task at hand?

Almost certainly you would have struggled to pick up the momentum again and you may well have become frustrated with not just the person that caused your break in concentration, but also with yourself for not being able to reconnect.

Only it wasn’t their fault at all, or even yours for that matter.

Every 90 to 110 minutes or so your brain switches sides. By that I mean the electrical and metabolic activity in one hemisphere increases as the other side naturally decreases.

If you were writing a blog post prior to the interruption it’s almost certain that your left brain was on top of things because it’s the left side that deals with language. If you were  sculpting a small barnyard animal out of balloons you were using the creative right side of your brain.

Unfortunately for you, during the break your brain flipped sides and was no longer interested in doing whatever it had been pursuing and was looking for a change. No matter how hard you force yourself in those circumstances you’re never going to regain your previous flow state.

Do me a favor please. Close your mouth and take a deep breath through your nose.

Did you notice how you breath flowed up the nasal cavity more easily on one side than the other?

If not, do it again, only this time hold down one nostril and breathe in and then do the same with the other. One flows in easily and unencumbered, but the other probably feels like you have a bit cold.

That is due to vascular constriction and the side where the blood vessels are more constricted will allow air to pass through it much more easily.

Vascular constriction is controlled by the autonomic nervous system which is one of the few parts of the  brain that doesn’t cross over. In other words, if you’re right nasal passage has constricted blood vessels then so has the right side of your brain. Which means you that you are predominantly using the opposite hemisphere of your brain.

This information is interesting enough on it’s own I think you’ll agree, but how can we take it from interesting to practical, useful and even mind-blowing?

Most of us have tasks and/or projects that require different skills sets. When I’m writing   a blog post like this, if I want it to be halfway coherent I want to be using my left brain, but when I’m thinking about creative ideas for posts or ways I can make my posts more amusing, I’m better using my right brain.

What if when you set off working in the morning you looked at your tasks and realized approximately half required left brain thinking and half right brain? You know by doing the above exercise you’re already in right brain mode, so you can kick off my starting a creative task knowing that it will be easier for you.

You could then alternate through the day and retain optimum performance without ever really having to force yourself.

You can even try and take this to whole other level if you have no opportunity to alternate tasks. If you have just sat down to write some copy for your website that you want finished within the hour and you realize you’re in right brain mode, you may be able to convince your brain to switch.

There have been numerous demonstrations under laboratory conditions where people have been able to switch sides intentionally.

They have achieved this by adopting the rather unscientific method of holding down one nostril and forcing their breathing through the other until it clears. It cannot clear without the vascular constriction clearing and that cannot happen without the same thing happening in your brain.

Now let me be clear, it’s still early days on the research and it’s not completely clear how this works or even if it works for every person every time, but who cares about that? I have no idea how a microwave works, but as long as it warms my food that’s good enough for me.

Try it out now and let me know the results in the comments.