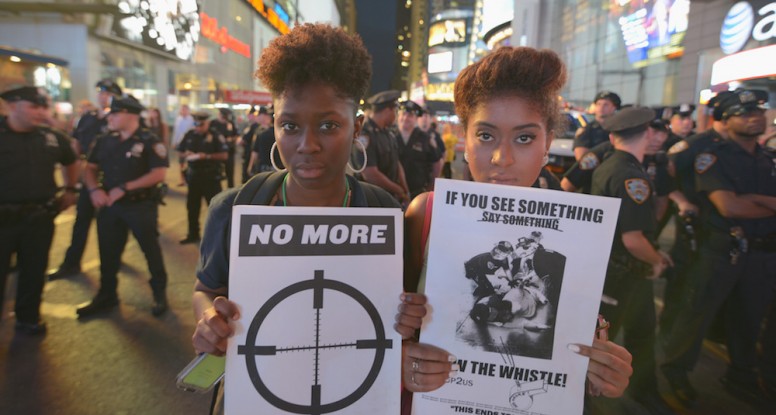 What Can We Learn From Ferguson?

It’s obviously a gross understatement to say the entire situation in Ferguson has been a tragic mess from day one.

Any incident that results in the violent death of another human being is going to create a lot of strong feelings from people on both sides of the divide – and that is exactly what we have seen.

It has all been horribly and sadly predictable.

I’m not going to write a post offering an opinion on what happened because it would be just another opinion among millions.

The Grand Jury were given 24 volumes of evidence covering over 5,000 pages and including 60 witness statements – many that were contradictory, so the snippets I have read are almost inconsequential.

In my humble opinion there is only one person who knows with any certainty what happened, and that is Police Officer Wilson.

You can take him at his word, or you can think he’s covering his ass.

I have an opinion, but I sure as hell aint sharing it because as I said,  it’s just an opinion based more on beliefs I already held than the cold hard facts of this particular incident.

And that’s the issue.

With all the back and forth on Social Media, the accusations, the vitriol, the anger and the hatred toward one another based upon skin color, do you think anybody has changed their mind?

Do you think anybody who made their mind up after first reading about the incident has since thought, ‘hmm, well maybe I got this wrong”?

Well I’m sure there may have been a handful of people, but for the most part peoples positions have hardened and the lines of polarization grown wider.

Look around the world at all the trouble hot spots and tell me what the common denominator is?

It’s the unerring belief that we are right and you are wrong. That you need to give into our will because we will never give in to yours.

How often does that work?

How often does violence and the imposition of will lead to a lasting peace?

If you stopped and asked 1,000 people in the street who they most admired I’m fairy sure the following names would all come up multiple times.

All are, or were, men of peace.

All achieved greatness through their determination to rise above violence and seek peaceful solutions.

We admire these people, yet we soon forget their message.

If you’re a black person, you may be thinking, “it’s easy for you, you don’t have to put up with discrimination on a daily basis’ and to a very large extent you’d be right and I’m fortunate in that respect.

But it’s not just black people who are stepped on again and again by a Society that has in large part had a compassion and tolerance bypass.

If you’re in a group of people who are marginalized just because of who you are, then I apologize for missing you off my list because I feel sure there are many more.

Discrimination is part and parcel of life and it fucking sucks!

But the only way we can hope to eradicate it is to try and understand it, not kick the shit out of it.

Discrimination is always born out of fear.

When we understand that, maybe, just maybe we can start to feel compassion for the bigot or the racist like we would a frightened child, because that’s all they are.

We don’t condone it, we don’t accept it, we still bring the full force of justice down on it – but we also try to understand it.

When I’m working with a client I have to try and understand what makes them tick. I have to understand how they see the world if I am to help them to the best of my ability.

This is no different. If we don’t try and understand one another, then we just become fearful because the brain doesn’t like things it doesn’t understand.

We all need to practice tolerance and compassion more (and that doesn’t mean rolling over and giving in by the way!).

It’s not enough to demand it from the other person first, because that will never work.

A happy and peaceful Thanksgiving to all my American friends – which hopefully, is all 365 million of you.