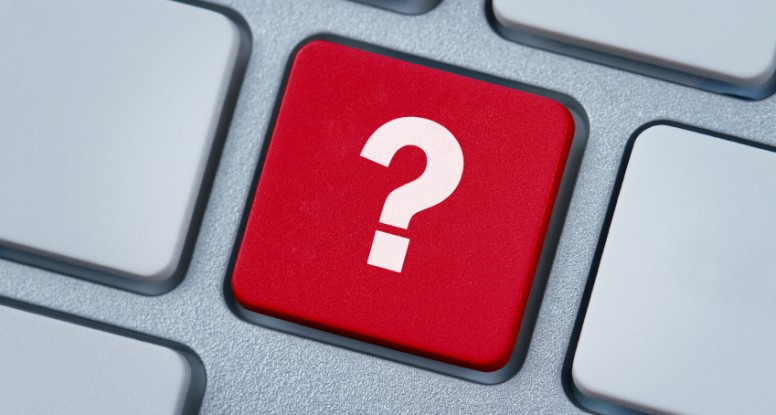 This Was An Interview With Robin Sharma

It took me 6 months of going backward and forward and many hours of work to finally get to interview Robin Sharma.

Initially his PA sent me a form with some questions and I presumed this was to get a feel for my audience size and whether the site was relevant to Robins work.

Apparently I passed the criteria and was asked to submit my questions.

I did so and then I waited.

And then I waited some more.

Every now and then I’d send an e-mail and be told it would be soon.

Sometime in April I e-mailed yet again and was told by a new VA to resubmit the questions, so I did.

And then I waited some more.

In May I e-mailed again and was told to send the questions for a third time because they’d lost them, so I did.

And then I waited again.

Then on July 9th at which point I’d pretty much given up on it I was out walking the dogs and reading Twitter when I came across the following tweet from Robin.

“No ask=no get” by Robin Sharma

I literally laughed out loud when I read it and immediately responded, without much thought it has to be said, by tweeting:

“I have been asking for an interview for 6 months and have sent the questions in on 3 separate occasions! Kinda ironic ;-)”

That didn’t go down well with Robin and he DM’ed me to say it wasn’t right to say that in public.

He had a (small) point, so I apologized and said I was joking and not to worry about it.

In retrospect he was obviously way more pissed off than I realized, but even so he asked me to send him the questions and he’d take a look.

A few days later I got his responses, except there were only 6 answers and I sent him 14 questions.

So I wrote back and after apologizing because I asked about his daughters and he actually has one son and one daughter said this:

Thanks for your answers but I have to be honest and say I’m struggling with this. At the moment it runs at under 900 words half of which are the questions and you have left out a load of, what I think were the more interesting questions.

My blog readers expect something a bit different from me and I like to inject some humor too because whereas I take my job with clients very seriously, I am more tongue in cheek with my blog. That’s why I was interested in asking some less than stock questions. My gut tells me that if I run this as is, there’ll be very few if any comments and  it wont really help either of us.

Is there any way you could add some of the others back in, or are they simply the kind of things you don’t like talking about?

Sorry for any inconvenience because I really want to help promote your book as the message is important.

I don’t want to print Robins reply because that wouldn’t be fair, but he made a couple of inaccurate presumptions and said he’s rather pass on the interview. That was cool, but I wanted to assure him I didn’t have a bad opinion of him and followed up with this.

I don’t expect you to answer this e-mail, but I think it would be remiss of me not to send it.

Firstly, in no way shape or form did I have a negative impression of you prior to now. In fact nothing could be further from the truth, which is why I wanted to interview you and why I have been raving about your books to anybody prepared to listen.

I also appreciate stuff goes wrong inside any business and my tweet was a joke and not intended to embarrass you. I am pretty thick skinned to that kind of stuff and maybe I think other people are too. My bad.

There were actually 14 questions on the document and you answered 6, so I don’t think that was unreasonable to say you missed a load. They were (on the whole)  the more searching questions too and the ones that I know my readers would have got the most from. And that’s the key to this as far as I’m concerned. It’s not about me, I have a duty of care to the 4,500 people that read my stuff that I deliver quality content. An interview that can be read in 3 minutes doesn’t really fit that criteria to my mind.

I have invested at least 6 or 7 hours of my time on this with e-mails stretching back 6 months, reading up on you and watching/reading other interviews you have done. And that’s without taking into account the time needed to read The Leader again, which was a pleasure anyway.

But if I’m being honest I do feel let down now. I’d have had no issue whatsoever if you’d said ‘n’o from day 1, but all of the problems have been at your end and I have kept plugging away in spite of that, and simply to bail because I ask you to expand on your answers doesn’t really demonstrate the kindness you spoke about in the interview. At least not in my humble opinion.

Even that didn’t go down too well as he now thought I was accusing him of being thin-skinned. I get how it would be easy to think that, but me saying I’m thick skinned doesn’t mean by default other people are thin-skinned.

He also said that he didn’t believe my tweet was a joke and that it came from frustration and being upset.

Even so he said he’d now answer the other questions and the missing questions must have been a problem with his Blackberry.

Soon after that I got the answers back and published them. I then followed up with the following e-mail to Robin

The post is now live. If you want me to make any changes please let me know and IF you are able to tweet it that would be cool, but no worries if not.

Thanks again and really glad we got this sorted out.

Only it appears we didn’t get it sorted out because that was it. No word of thanks for publishing the post, or response to either my tweets or those of other people promoting the post. And this from the man that writes about kindness being so crucial.

I decided to drop him a DM and ask if everything was ok and he was happy with the interview, but alas I couldn’t because he’d unfollowed me on Twitter. Very mature!

You can make your own mind up on this one, but personally I really don’t want to promote the books of a guy that acts in such a manner and that is the reason I have removed the original post.

Which is a shame, because his books are excellent.