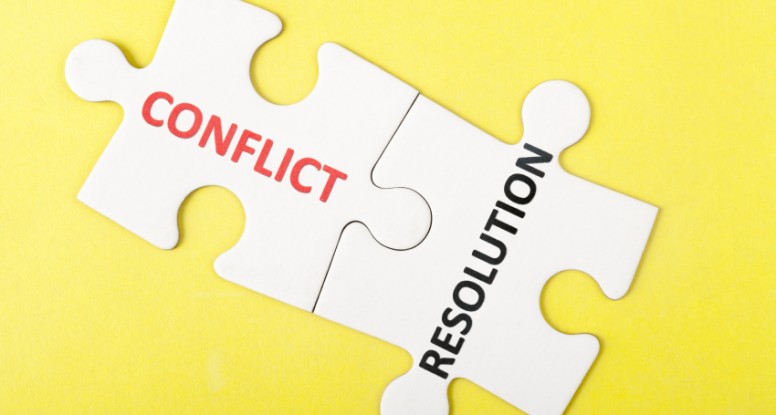 A Simple Technique For Reducing Conflict And Being Liked

Since launching my Life Coaching At The Speed of Sound, I have been really busy working with clients on their values.

Normally I’ll probably only do this one or twice per week, but for the last week or so it’s been a daily and sometimes twice daily experience.

During this time one specific anti-value, that of ‘Conflict’, has reared its ugly head time and time again. I wasn’t sure whether this was just a fluke, or whether it is a trend I’ve simply never noticed before.

So I dug out some old clients files and did some checking. Indeed ‘Conflict’ appeared a lot more frequently than I would have guessed. People (or at least my clients) do genuinely seem to want to avoid being in situations that cause conflict.

Today I wanted to give you one very simple trick to avoid conflict, or rather, to help suppress it before it even arises. And the trick is very simple:

If you can drop the word ‘Why’ from your vocabulary in most instances I guarantee you will see a reduction in conflict in your life. Not only that, but you will also become more popular and if you manage people (including managing your clients), you will become far better at it.

Not a bad deal for such a simple change, eh?

So let me explain in more detail why this works (and yes that is an acceptable use of the word!).

Whenever you start a sentence with ‘Why’ you are almost always going to send the person you are talking to (including yourself, if it’s an idle thought) inside their/your own mind to look for a reason to offer that will defend their behavior or position.

As a human being you are hard-wired to hate being wrong.

It’s not your fault, it’s just how it is. Feeling like you are wrong causes a dopamine crash and can also trigger your fight or flight response and all the shit feelings that arise from that.

Therefore, when somebody asks you a question beginning Why’ there is a high probability you will feel under threat and rush to defend yourself from that threat.*

All those questions are accusatory and will seldom help solve the solution. Not only are they accusatory, but they are problem focused, which is the second issue with the “Why’ word.

Look at the above questions again and you can see that every one of them focuses on the problem and doesn’t seek a solution. It looks for the reason something happened in the first place, rather than for a way to prevent it reoccurring, which is the desirable outcome.

You have no ability to alter the past so trying to find the reason for something is seldom (outside of scientific research) that useful. The only reason to ever look for the cause of why something went wrong or didn’t pan out as you would have liked, is to make sure next time is different.

But what if you could do that without pissing people off? Or without getting into the “It wasn’t my fault’ type of conversation that often deteriorates into a heated argument and and an entrenching of positions?

Solution focused questions are much easier to construct and use than you think. If that is, the will is there and you really want to lower your levels of conflict.

Let’s reconstruct the above questions so you can see what I mean:

What would have to happen for your bedroom to be tidy next time I ask you?

This throws the child (or husband) into the future to think about what they could do differently next time, or what would motivate them to clean up. They are not looking to put blame elsewhere because there is no blame and therefore no threat.

Was there something else I could have done to have helped you get that report in on time?

This defuses any situation by the questioner taking on responsibility. Again there is almost zero chance that a question like that delivered genuinely can escalate a situation into an argument.

Do I need to give you more notice of meetings in future?

This is a clever question because it does a couple of things. As in the above example, it takes responsibility and therefore avoids firing off the fight or flight response in the other person.

Presuming they don’t need more time (if they do then that is a whole different conversation) then by default they have taken responsibility for being late and will flip into a solution mindset without fear of reprisal.

What can I do differently to feel better about myself?

So many people ask themselves, “Why am I such a loser’ (or any other of the dozens of variations on that particular theme) on an all too regular basis and it’s about the suckiest question in the known Universe.

To begin with, it states the information like it’s a fact and that’s just how it is; “I’m a loser PERIOD”

Secondly, it forces the unconscious to go sifting for information to support the validity of the statement, and trust me, it will always find it.

Every time somebody asks themselves that question it reinforces the belief and creates a self-fulfilling prophecy.

Asking “What can I do differently to feel better about myself?” reverses both those things.

It presupposes that change is possible and therefore shifts the belief system. It also requires an answer that is focused on a positive solution and not the reinforcement of a crap negative belief.

I know I have posted on this stuff before, but I do so again because it’s really important. I do write some flippant and link bait-type headlines, but this isn’t one of them. I am deadly serious that if you can make this change you will see numerous positive effects in your life and you’ll be involved in a lot less conflict.

So what do you think? Agree, disagree?

* For some people the fight or flight response can be replaced by an even more basic response, that of shutting down completely.