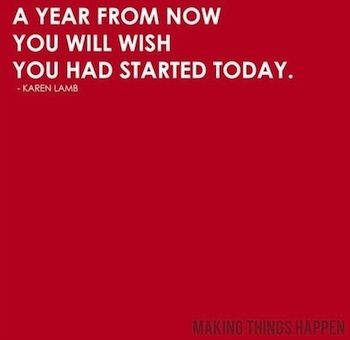 I bet you know somebody that has tried multiple times to quit a potentially self destructive bad habit such as  smoking, drinking too much alcohol, compulsive shopping or even taking drugs, and failed on each occasion.

Maybe they read all the good advice, did their preparation and then set off with the best intentions that this time it really would work, but nevertheless they crumbled in a matter of days or weeks and had no clue why.

Maybe it was even you?

What I’m not going to talk to you about today is the traditional ways of breaking bad habits because they have been done to death.

We’re going to explore the secret that a lot of self development bloggers and Life Coaches are completely unaware of and thus often offer incomplete advice. And sorry if that sounds patronizing, but it’s true.

So we won’t be talking about willpower, commitment, desire to change, journaling, asking for help, making pledges etc.

And amazingly enough we won’t even be talking about core values even if they can be a crucial element to the process, especially early on.

For the sake of this example I’m going to firstly presume you know all the above and that you’re also trying to quit smoking. However, please feel free to adopt this process to pretty much any bad habit that isn’t repetitive and unconscious.

By that I mean I doubt this will help with nail biting, teeth grinding or picking your nose. Not that you would ever indulge in the latter of course.

To understand what I’m about to say you have to first get your head around a very simple concept.

Your brain is to all intents and purposes, plastic, that is it’s constantly wiring and rewiring itself and that if you do two things enough times together eventually the neurons that are firing, wire together.

Research done over the last decade or so has proven beyond any reasonable doubt that new neural pathways can be formed to facilitate positive change at any age, degenerative brain disease notwithstanding.

People may very well not change other than organically through external stimuli, but that’s not the same as not being able to.

I feel sure you are familiar with the work done by Ivan Pavlov on conditioned responses, also called conditioned reflexes,  a century or so ago.

Pavlov would ring a bell at supper time to alert Lucky his faithful companion that it was time to eat. Lucky would bound up to his master with his little tail wagging and mouth drooling and wolf his food down a little bit like a wolf would.

Pavlov did this for some time until one day the cruel bastard decided to ring the bell and then hide the food.

When he did this he noticed a curious thing.

Even though there wasn’t a morsel of food to be had, not even crap Borscht soup or Bear meat, Lucky (or Unlucky as his canine friends probably came to know him by) still started drooling.

Low and behold Pavlov had demonstrated conditioned responses which are learned responses from neutral stimuli. Or as we call them in NLP, anchors.

What Bad Habit Are You Anchored To?

Let’s map this understanding across to the bad habit of smoking. Most people who have smoked for longer than a few months have created all sorts of anchors around that habit.

Some people say these are rituals and indeed they are, but they are much more than rituals. I have a ritual of brushing my teeth every morning and evening, but I don’t have an anchor for it.

But that’s not the case with smoking, there are usually lots of anchors.

Maybe it’s the end of the meal that triggers you reaching for the pack of cigarettes almost without knowing it. Or maybe it’s having a beer, or when you feel stressed by an event or when it’s a certain time etc.

Those are all anchors or learned behaviors created by the neurons in the brain firing together repetitively until they wire together and the 2 actions become synonymous with one another.

The bad news is that nicotine is a highly addictive substance.

The good news however, is that it’s one that leaves the body very quickly (which is why smokers can develop withdrawal symptoms within a matter of hours of quitting) and within a week or so the physical addiction has been overcome.

But it doesn’t matter though if a physiological l addiction is beaten if there remains an equally strong psychological addiction in the form of an anchor or anchors.

Without anchors and knowing that there is no longer any cravings by the body, that would be tricky to understand, but knowing what we now do, it’s not.

So how do we overcome that whether it be drinking, smoking, drug taking or any other conditioned response?

How To Set An Anchor

For me to answer that you have to know how to set an anchor deliberately, and in case you don’t know how you can check out this anchoring video demo.

The basic steps  are this.

It’s important to understand that positive anchors take longer than negative ones to set up and that’s because your brain is wired up to be on the lookout more for danger than it is pleasure.

As such you may need to run through the process as many as 50 times before those lovely neurons start to wire together and you’re working with a physical response rather than merely relying on suggestion.

Doing the process over and over again can be tedious, but do NOT quit. You have science behind you and eventually, you will start to see the anchor take shape.

Here is where we get into the juicy stuff because we are looking to collapse or neutralize the negative anchors that you have built up over time.

Next time you are tempted to stray from the straight and narrow and can feel the negative anchor pulling you toward lighting a cigarette (or whatever else applies to you) fire the positive anchor and the feelings will subside.

Question: How cool is that?

You may well need to go back and reinforce the positive anchor from time to time because they can weaken if being used too frequently. But that’s fine because now you understand the process you can do that at your leisure.