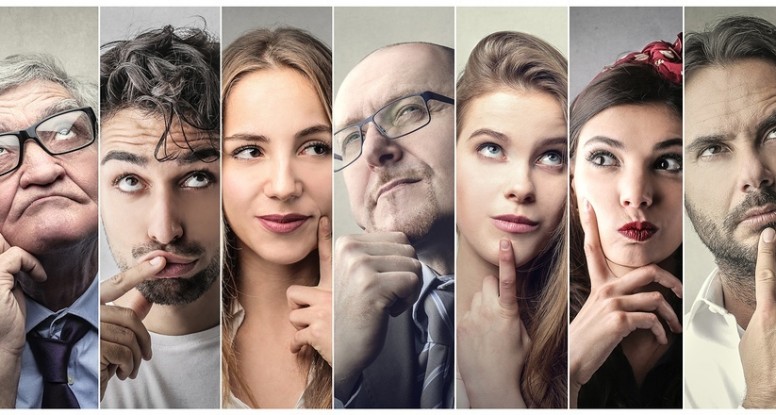 The following is a guest post from Lauretta Zucchetti.

We’ve all heard it before: Get out of your head. Don’t overthink it. Give your mind a break.

In a society where it’s virtually impossible to cease thinking—where working tirelessly is widely commended—putting a pause on our thoughts seems counterintuitive, if not immoral.

But we also know that fixating on our thoughts leads to enhanced anxiety.

Because we have a tendency to obsess to the point that we lose focus, impair our ability to accomplish goals, and invent scenarios that don’t exist.

Say your teenager daughter is going out for the first time at night.

She might be old enough to drive and responsible enough to hold down a part-time job, but you envision the worst: Intoxication. A car wreck. Handcuffs.

When she comes home by her curfew—safe, sober, and in one piece—you realize you’ve wasted an entire evening agonizing unnecessarily.

Or say you’re waiting on a review from your boss. When there’s a delay in her response, you convince yourself you’ve done a rotten job and will soon be given the proverbial pink slip.

You spend the day in a state of suspended tension, only to receive an email that night thanking you for your patience and efforts.

In other words, give us a possible scenario, and we’ll think up the worst. Such is the saboteur that is our minds.

When we preoccupy ourselves with looking at things from every possible angle and anticipate the outcome rather than engrossing ourselves in the journey, we, in essence, step away from ourselves—and step away from our ability to concentrate, make sage decisions, or let life unfold as it was meant to.

What’s more, fixating on the future, or revisiting the wrong turns we made in our past, deprives us of the pleasures of the present—all of which leads to depression, the delayed realization of our goals, and sustained anxiety.

“The mind loves to get its teeth into problems and build atom bombs,” Eckhart Tolle writes in The Power of Now. “You believe that are your mind. This is the delusion. The instrument has taken you over.” In short, a mind left to its own devices can create more problems than solutions.

Get Out of The Rabbit Hole

It’s possible, however, to crawl out of the rabbit holes our brains create and find solace in the moment.

The first step is in realizing that your thoughts are just that—thoughts.

Certainly, ideas and emotions can be made manifest—in the simplest terms, if you think about the satisfaction found in performing a task, the aspects of the job within your control can be accomplished to produce this feeling—but other thoughts, particularly those associated with your opinions of yourself, remain solely between your ears.

“The beginning of freedom,” Tolle continues, “is the realization that you are not the possessing entity (the mind)…you also realize all the things that truly matter—beauty, love, creativity, joy, inner peace—arise from beyond the mind.”

Without this freedom from unproductive, obsessive thoughts, we are more prone to disease, unhappiness, diminished creativity, and a distorted perception reality.

So how do you know if your thoughts are healthy and normal, or creating more harm than good? Consider these questions:

-Do you have a tormentor in your head? An incessant voice that scolds you for your blunders—perceived and otherwise—and makes you feel guilty, inadequate, or foolish?

This is the judge that resides within you, a subpersonality likely created by events in your past and the negative forces in your present. Remind yourself that this is not your essence, for the real you is, at its core, kind, forgiving, and compassionate.

Do you have a tendency to overanalyze an event before it’s happened? Does it heighten your sense of vulnerability?

While this protective side of you exists for good reason, listening too closely to its fearful overtones and long list of what ifs can result in fear so great that you ultimately stagnate.

Prepare And Then Relax

It’s wise to arrive at stressful situations well-prepared—whether that means doing your homework before an important meeting at work or bolstering your confidence before a difficult conversation with a loved one—but don’t allow this part of your mind to stop you from handling matters both big and small.

Trepidation, after all, impedes progression.

Do you often find yourself obsessively checking your phone and planning your next move when you’re in the presence of others?

This ties into the addictive side of our brains, where more and what’s next seem more palpable and desirable than what we should be grateful for in the present.

Separating yourself from the present prevents you from enjoying the moment before you, leads to strained relationships, and deepens the well of dissatisfaction.

Do you fear that it you don’t fret, the worst will happen?

Lifelong worriers are so accustomed to being locked in a constant state of dread that to be released from it, even if only temporarily, feels foreign to them—as if it’s an invitation for the world to come crashing down.

When panic arises, the first and most important thing to do is to bring it back to the breath.

Shallow rapid sips of air—the form of breathing that reigns when we’re anxious—inhibits our access to natural chemicals like serotonin and oxytocin, which promote peace, relaxation, and a stronger sense of well-being.

Once you’re aware of the situations that stimulate overthinking and the why behind them, you can put a halt to the endless, mostly fruitless progression of your futile thoughts through a number of techniques.

For some, it’s switching away from the task at hand; for others, it’s approaching it from a wider perspective. (Will the event, person, or project mean as much to do you in this moment as it will in six months to a year from now? Likely not—so why waste undue time and energy on it now?)

Some people turn to exercise to relieve their minds; others, meditation; still others allow themselves a set number of minutes to overthink a situation, document their thoughts, and then move forward with a plan in hand.

However you choose to stop overthinking, remember that the goal is to return to the present, for everything that is of worth—now, and later—happens when we’re fully engaged in the moment.

Or, as Tolle astutely reminds us, “When you act out the present-moment awareness, whatever you do becomes imbued with a sense of quality, care, and love—even the most simple action.” May all of your actions be approached with just enough thoughtfulness so that their beauty and simplicity remain.

Lauretta Zucchetti, a former award-winning executive at Apple and Xerox, has a number of brag-worthy stamps on her passport and a set of drums in her office. Her work has been featured in numerous publications, including Scary Mommy, Maria Shriver’s The Shriver Report, Literary Mama, Blog Her, Lifehack, BonVitaStyle, Self-Growth, and Grown & Flown, as well as in NOTHING BUT THE TRUTH SO HELP ME GOD: 73 Women on Life’s Transitions.

An author, life coach, and motivational speaker, she splits her time between Italy and San Francisco. www.laurettazucchetti.com