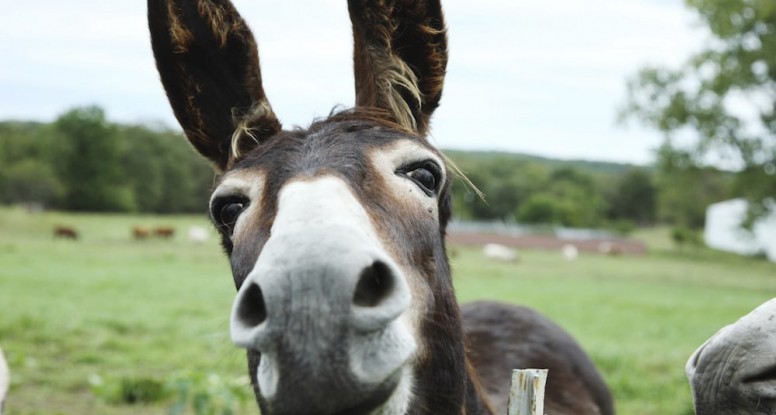 If You Don’t Think You’re A Dumbass, You Maybe A Dumbass

As I hammered the nail in I immediately thought I heard a very low hissing sound.

I put the hammer down hopped up onto the counter in our new home’s utility room so I could press my ear closer to the nail to listen.

Yep, it was definitely hissing.

I jumped back down and followed the line down from the nail to the counter and immediately thought ‘fuck it’.

There underneath sat the washing machine. Obviously I had just driven a nail into the cold water pipe feeding it.

I had that sinking feel I have experienced so many times when trying to do small jobs around the house and making things worse.

From Dumbass To Fucking Idiot

Then I did something that on reflection was the kind of thing you read about in the Darwin Awards.

At this point you’re probably thinking, ‘you fucking idiot, what on earth did you do that for?’ You’d have a fair point.

Prior to then the nail was pretty much sealing the hole, but not for much longer it wasn’t.

As I pulled it out water erupted into my face along with bits of plaster, some of which went into my stupid gawping open mouth.

Prior to then I had a low level panic with a voice inside my head saying:

‘Helen told you not to go hammering nails into the walls. Helen knows you’re an incompetent buffoon and doesn’t even like you within 5 feet of your toolbox. Helen is right’

I ran around like an idiot for about 5 minutes trying various things to plug the hole.

From Fucking Idiot To Genius

Nothing worked the pressure was too great, but then I had a moment of genius. Turn the water off.

Ok, genius maybe a bit over the top as I feel sure 99.9% of people would have opted for that approach from the moment they heard that first low level hiss, but I’m a dumbass.

For some reason I ran to the end of the driveway looking for the main water intake to the house, but couldn’t see it in the dark.

So I ran to our neighbors house and knocked on the door. Nobody in.

Then as I turned I saw the headlights of Helen’s car come up the road and start to turn onto the driveway.

Fuuuuuuuck, I’m a dead man! I thought as I sprinted back inside in front of her.

Seeing me looking like a startled deer in the headlights and then running into the house and slamming the door behind me had given her a clue something was amiss.

To cut a long story short as soon as Helen saw the carnage she cooly went under the sink in the kitchen and turned the water supply off giving me the stare of death into the bargain.

If I were to make this post about all the dumbass things I’ve done in my 53 years on this planet you would celebrate at least one birthday before you get to the end of the post.

It did, but I didn’t slow down and the next thing I knew I was sliding backwards through a wall into a field with my friend in the passenger seat aghast at my stupidity.

Then there was another time when I tried to put a grill fire out by wafting a towel at it and just making it worse.

I’m a dumbass I tell ya!

We all are. We all do ridiculous things from time to time that leave us thinking, ‘Wtf was I thinking?’.

Sucking at something doesn’t really mean I suck as a person, I was being tongue-in-cheek.

Equally, acting like a dumbass doesn’t really make you a dumbass.

Or maybe it does, and maybe it just doesn’t matter because the human condition contains a lot of dumbassery.

For the most part, I’m not at all embarrassed about some of the stupid things I’ve done, I just find them funny.

But most of all, I don’t beat myself up for them, and neither should you when you screw up.

Wear your dumbassery with pride and laugh at it. Because laughing at yourself and seeing the funny side of things is about a gazillion times better than kicking your own ass over and over again.

Doing the latter really is being a dumbass.

So common ‘fess up. What is the dumbest thing you have ever done? Let me know in the comments and let’s have a laugh.

This Sunday at 12 noon EST myself and my partner at Coach The Life Coach, Karl Staib, will be running a free webinar called ‘7 Crucial Mistakes Life Coaches Make and How to Fix Them’

There will also be a Q & A session where you have the opportunity to ask either of us question about running a successful Life Coaching practice.