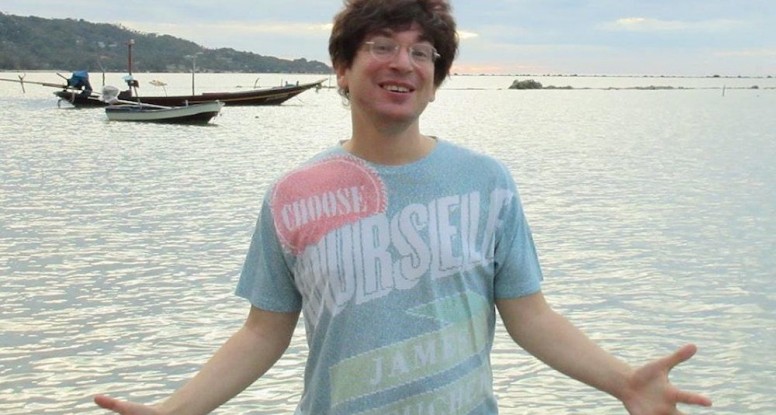 Nobody nails life, not even Life Coaches.

I have screwed up a lot in the past and I have no doubt that I will screw up again in the future – just hopefully not as often.

It’s all part of the human condition – we’re all imperfect.

I am incredibly trusting with people I meet either online or in person. It is my default mode and it has led to me being ripped off on several occasions, especially in business.

The flip side is I can lean towards being suspicious of people I don’t know.

It’s not something I’m proud of and it’s something I’m still working on, but I can be impetuous in jumping to conclusions from snippets of information.

I was highly suspicious of Jon Morrow who runs Boost Blog Traffic for a long time.

Are All Online Marketers Unscrupulous?

Only in the last 2 or 3 years I have been, if not conned, then definitely taken for a ride on 3 separate occasions to the tune of a couple of grand.

But there was value in each event because now I know a lot more about the topics I hired the people to help me with and it won’t happen again.

In April I went on a blogging course lead by Jon.

A good friend of mine, Tim Gary, who knew him way better than I did assured me he wasn’t the person I suspected he may be.

My opinion changed within the first hour of watching him talk.

I found him to be kind, funny, honest, highly intelligent and with an obvious and undeniable burning desire to help people succeed using blogging as a tool.

So after the course I wrote him a letter to apologize.

I’m sure he had no idea about my erroneous opinions beforehand and probably wouldn’t have cared even if he did.

I could have said nothing, but it seemed like the right thing to do and I felt a lot better.

About 6 months ago I e-mailed James Altucher to see if he would come on the RawVoicesPodcast with myself and co-host and founder, Olivier Larvor.

The e-mail was laced with expletives and I thought it was funny.

I didn’t get a reply, so Olivier stepped in to tidy things up.

He explained I was a dick (in nicer words) and that we were both massive fans of James’s writing and podcasting and would be honored to have him join us.

A few weeks later I tried again, and then again and again.

Olivier tried one more time and then gave up.

So I took to Twitter to ask him a few times and didn’t get a response.

By now I was pissed off.

Who The Hell Does James Altucher Think He Is?

Who the fuck was James Altucher to just ignore us because we only have a small podcast?

After all, the guy wrote a best-selling book called ‘The Power of No”.

I started to wonder if he was a raging hypocrite.

I  say ‘no’ to guest posts or joint venture offers just about every single day. It’s part and parcel of blogging in the public domain and it’s not hard, – unless it’s a friend.

Then in one of his many newsletters he mentioned how he almost never gives up when he’s trying to get famous people on his podcast.

I don’t believe in signs from the Universe, I suspect that the Universe has got bigger fish to fry than pondering how to send out cryptic clues to random people.

However, I decided to ditch all of my critical thinking skills and take this as a kind exception from an all powerful force.

At that point his latest book ‘The Choose Yourself Guide To Wealth’ was being released, so I bought it.

Even though half of me was saying ‘no, do not give the fucker your money when he doesn’t even respond to e-mails’.

The other half was saying, ‘don’t be a jackass and cut your nose off to spite your face. You love his writing and it will add value’.

The book was only available from his site and it was expensive at $49, but involved a load of other stuff so I bought it.

There was then an upsell to become a life time member of his Monthly Report for somewhere around $200 (I forget exactly how much now and I’m too lazy to go and check).

I sat and pondered.

I then pondered some more.

Then I bought the upsell even though part of me was screaming ‘nooooooo!’

When the book arrived I moved it immediately it the top of my reading list and later that day headed for a soak in the bath and a good read.

When I got out I somehow managed to knock the book into the water without even realizing I’d done it.

By the time I’d got dressed and returned it was floating in black inky water all bloated and looking very sorry for itself.

Well that was $49 well spent I thought. I still hadn’t got past the intro.

I took a photo of the book and posted it on Twitter.

With minutes I got a message from James telling me if I DM’ed him my address he’d personally send me a new copy.

Now THAT was the James Altucher I was expecting and what a cool, kind thing to do.

Shortly after I got the welcome letter to the lifetime membership club and I literally stopped half way down and banged my head on my desk.

People frequently say things like that, but I really did.

There was a line that said something like, ‘You guys get to have my real e-mail address and it’s this….’

I’d been e-mailing an address that wasn’t even being monitored and it had never occurred to either of us that may be the case.

I mean the guy has 100,000’s of followers across all mediums, including 100k podcast subscribers. Of course he can’t deal with every e-mail, he’d never have time for anything else.

I struggle with e-mails and I only get between 100 and 200 per day and I probably have 2% of James’s following.

I e-mailed him again to the new address and asked if he’d like to join us.

Within 30 minutes this was the reply I got (and I hope he’ll forgive me for posting it verbatim):

“I’d like to come on Tim. Give me til mid April. Still getting through this launching process but excited to go on other podcasts”

At the point I was incredibly pumped and very glad I hadn’t rashly called him a wanker on Twitter!

An Interview With James Altucher

We finally got to interview James this week and you can listen to the interview here.

We had an absolute blast even if I did ramble on at the beginning and went all fanboyish.

He even gave me an impromptu lesson on blogging from the heart which was incredibly helpful.

I thought I already did that, but on reflection I realized that sometimes I do hold back.

I have never woken up in the street after having taken too much cocaine and acid the night before (you’ll have to listen to the podcast to get what I’m talking about), but I do sometimes shy back on some details.

James  Altucher and Jon Morrow taught me a valuable lesson.

Does it mean I’ll never jump to conclusions about people again?

I doubt it, but I think it may at least slow down the process and allow me to take stock and try and put myself in other people’s shoes a bit more often.

So maybe President Obama really is busy and not just ignoring my e-mails to come on our podcast because he hates loud mouth Limeys and Frenchmen with sexy accents?

PS I highly recommend James’s book, it’s worth every penny and will really challenge your thinking. I also suggest that if you like my blog you subscribe to James’s too, because his is better than mine.

As for Jon, well if you blog then subscribing to his is a total no-brainer, do it now.