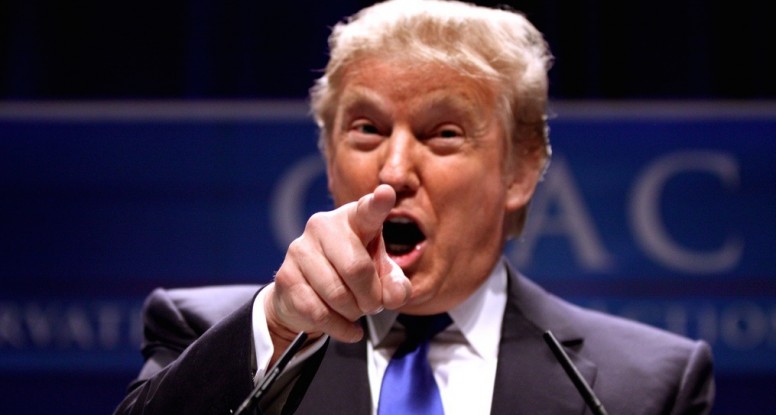 How Donald Trump Helped Kill A Self Development Myth?

Don’t you think it has been fascinating watch The Donald come close to imploding with righteous indignation since he declared he was running for the Presidency?

Whether you support him, loath him, or in my case, just like him for comedic value, you sure as hell can’t ignore the guy.

The Strengths Of Donald Trump

Stirring the pot is definitely one of this strengths.

But is that skill necessary for arguably the most powerful position in the Western world?

Is the Middle East in need of some serious pot stirring? Or perhaps some reasoned and sensible dialogue?

He’s also great at telling people they’re idiots or losers on Twitter, polarizing people and plastering his own name all over anything he owns that doesn’t move. And probably on some things that do.

But again, are these strengths that you want in your President?

Do we want a Trump White House? Or maybe the White House relocated to Trump Towers?

He may well be a master at hypocrisy too, as apparently he can’t even be sure if illegal labor from his beloved Mexico was used on one of his building projects.

It’s by and large nonsense, it’s a self development myth.

To lay this myth to rest take a look at the strangely coiffured Mr Trump and ask yourself what his strengths are other than those I have already mentioned.

I think we can agree, he likes making money, and he seems to be very good at indeed.

In fact if I were picking my starting XI for the money making Olympics, he’d definitely make the cut.

By the same token I think we can also agree he would LOVE to take occupancy in the White House more than earn another billion dollars.

The chances of winning the lottery are very close to being attacked by a shark and hit by lightening at the same time.

And that is about the chance Donny has of ever becoming President Trump.

The Self Development Myth

It doesn’t matter how much he loves the idea.

The fact is, he’s shit at diplomacy, shit at gaining support from the middle ground and ethnic minorities and shit at looking even remotely Presidential.

It’s not going to happen!

I used to love golf and I sucked at it.

I love singing to myself and I suck even worse at that.

And I love cooking, but have all the talent and finesse of a blind drunken mule on roller skates.

The fact is, it’s incredibly difficult to do what you love for a living unless you are also very good at it too, and we should stop perpetuating this silly belief that anybody can have whatever they want – if they just want it badly enough..

Especially to kids who then end up feeling either entitled. disenchanted or depressed because life let them down.

Donald, you cannot have the fucking White House mate, alright?

If I am wrong on this and he can indeed buy, er, I mean win, the White House, I’m on the next plane out of here along with a few million Mexicans.