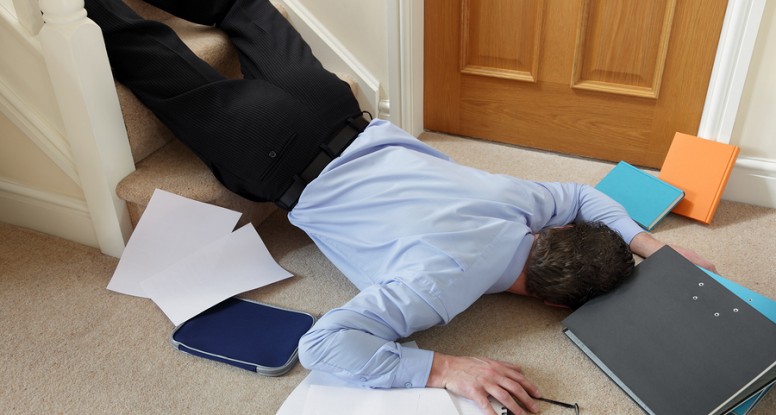 10 Ways To Totally Screw Up Your Goal Setting

I have to confess that I’m not massively into goal setting for myself.

Every now and then I get a twinge of guilt, because as a Life Coach surely I should be?

Goal setting is a staple of the self development industry and all the Guru’s insist you must have goals if you’re to avoid sleeping under a cardboard box in a shop doorway, smelling of urine and wondering where it all went wrong.

My guilt doesn’t last long however, because the whole point of self development is that there is no single path to take.

What works for me may be a total turn off to you.

For example, I think the Law of Attraction is a steaming pile of horse shit, but. and it’s a big but, I don’t know that for a fact, it’s only an opinion.

So, if you believe it ‘works’ for you then you are perfectly at liberty to think that I’m a steaming pile of horse shit and should keep my opinions to myself.

By the way, before I go any further, if you sign up for my newsletter you can get my free ebook on gaol setting (and 3 other books – well 4 really, but the final one is a surprise gift so don’t tell anyone).

Even though I seldom go down the goal setting route, I still know my shit on what to do and what not to do.

So today I’m going to share with you ten ways people screw up their goals so badly they often go on homicidal rampages or at the very least get pissed off.

1. Not Tying Their Goals To Their Values

Let’s presume you have a goal of becoming a billionaire.

Why do you want to be that wealthy?

It’s easy to say because you can run for President, but if that’s the case, why do you want to be President?

Is it because you’re a fucking raving lunatic with an ego the size of Jupiter and a stupid hair cut?

Or is it because you want to genuinely help the sick, feed the starving and do your utmost to encourage world peace?

Money isn’t a core value so keep asking the question, what does this goal give me? And if you can’t come up with values that are crucial to you, then it’s the wrong goal.

Lovely though it is to set off on a career path that you think will make your parents proud, it’s also fucking stupid.

Unless that is, you want it as badly as you think your parents do too.

When thinking about your goals, remove other people from the equation at the beginning (more in a moment) so you can isolate what you want.

Of course family members and friends will have to be taken into consideration, but they shouldn’t be influencing you to do something you don’t really want to do.

3. Not Writing Them Down.

Forget the bogus self development story about the Yale study on goal setting that suggested the 2% of students who had written goals out performed the 98% that didn’t, because it never happened.

However, that doesn’t in any way mean there isn’t value to writing your goals down, because there is – at least for most people

Firstly, to write a goal down you have to crystallize it.

A goal/dream floating around your head is usually fuzzy and vague, but writing it down forces you to clarify it.

Also, writing uses a different part of your brain than to just pondering and this has the effect of the goal being more ‘real’ to you.

And finally you have something to refer back to and measure your progress with.

I say it’s best for most people, however, if you find it suffocating or uncomfortable that’s cool you can put the pen and paper away.

4. Having No End Point

Goals have to have a timeline otherwise they almost always slip.

You’re probably a busy person and as such you will spend a lot of your time reacting to situations and fire-fighting (or dicking about on Facebook) rather than being proactive.

If you have a goal to finish some project that’s important to you and you don’t insert an end date, then trust me it will almost certainly slip as you react to other things that hit your inbox.

There was a TED talk some time ago that gained a lot of traction and comments from people who loved it.

The reason it crated so much interest is because it suggested you should not tell other people about your goals.

The speaker (and I’m deliberately not naming him for reasons that will become clear) suggested that once you tell people your goal you can then switch off to them and you’re less likely to achieve them.

That unconsciously you mind thinks “OK, that’s done and dusted, what’s next?”

That can happen, but the odds are it won’t, because it’s only a small amount of people that are wired up like that. As I said at the start, what works for one person doesn’t necessarily work for others.

In my opinion the speaker was trying to deliberately be controversial by breaking conventional (and scientifically proven) wisdom.

If you know for sure that telling other people about your goals will discourage you or give you a sense that you have accomplished them, then I agree, don’t do it.

However, most people like to be consistent and demonstrate commitment and therefore telling as many people as possible can be very helpful in stopping you from backsliding.

Not to mention the fact that somebody may be able to help achieve your goal if they know about it. 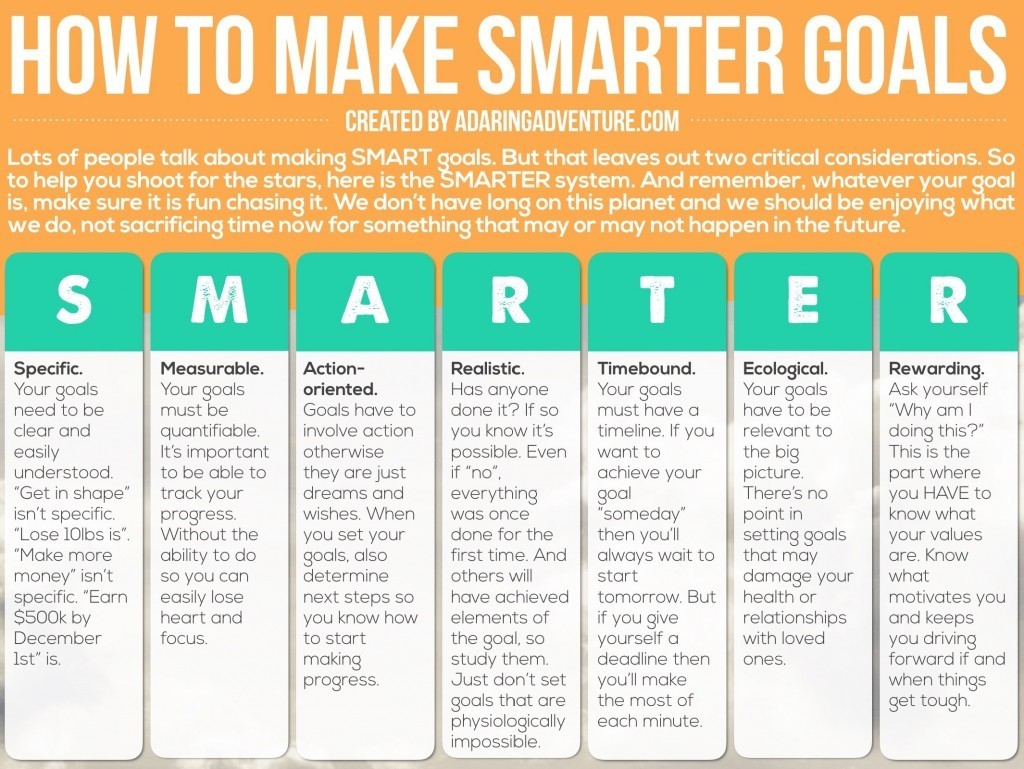 6. Not Understanding The Ecology Of Your Goal Setting

Even though I said you shouldn’t be setting other peoples goals, you also shouldn’t be going to the opposite extreme and not considering those people around you who are important to you.

A goal of being the first person to hop round the world whilst juggling 3 ferrets would be quite a cool goal, right?

Sure it would, but not so much if you have a partner, three kids under the age of 5, a huge mortgage and a fear of ferrets.

I don’t want to put people off big goals at this stage because there can often be work arounds, but do consider your loved ones and the effect it will have on them.

7. Setting Goals That Are Too Vague

This is something I see almost weekly from clients and I don’t even do that much goal setting work with clients!

There’s a reason the S part of SMARTER method of goal setting means specific, and that’s because non-specific goals never get hit.

And the reason they never get his is because how can you tell you’ve hit it if you were never sure what it was in the first place?

Earning more money, getting more blog subscribers and being fitter are not goals. I could give you a nickel, subscribe to your blog and stand over you as you do one press up – would you be happy that you’d just hit your goals?

If you’re in the Big Hairy Audacious Goal camp, then you want to be setting sub-goals so you don’t get overwhelmed.

Massive goals can be demoralizing if you aren’t flying toward them at the speed of light and that can cause you to quit early and get all upset with yourself.

Set incremental goals so you can track your progress, motivate yourself more easily and enjoy the process. Speaking of which….

9. Setting All Or Nothing Goals

If you’re not enjoying the process of moving toward your goals, they’re the wrong goals. Or at the very least you are leaving yourself open for huge disappointment.

Imagine how the athlete who spends 8 years training for the Olympics and then tears her ACL the week before the start of the games feels.

Now imagine how much worse those feelings would be if she’d hated all the training she’d had to do because the only thing that mattered to her was that gold medal.

And this isn’t just related to sports either people regularly do the same in business and even put up with a job they hate because they are planning for a retirement that may never happen.

You have no idea how long you’ll live for and every day is precious, so set goals that will be for the large part, fun.

I know the first ‘R’ in the Smarter method (see infographic above) stands for realistic, but I’m not sure how useful that is.

The greatest achievements of all time were all considered unrealistic at some stage or other so don’t be too realistic.

I often see clients reining in their goals for fear of being disappointed if they don’t hit them. It’s ok not to hit some of your goals as long as you have fun trying and you did your best.

However, if you have attached your self worth and future happiness to hitting a goal then you’re playing Russian roulette, except there is only one empty chamber and not 5.