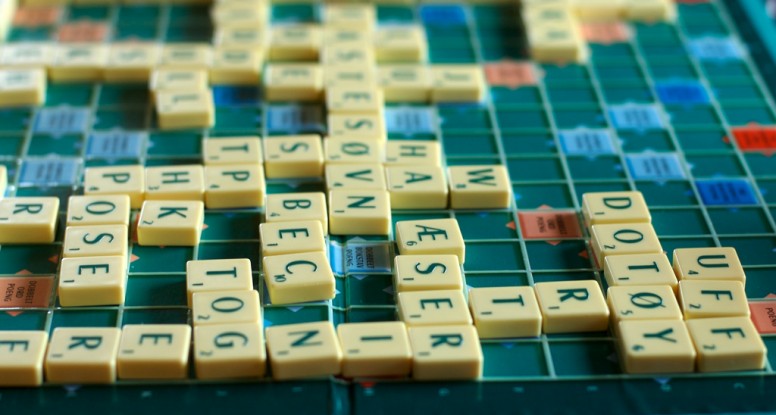 What Words With Friends Can Reveal About Your Personality

I started to play ‘Words With Friends‘ about 4 years ago, but really got into it when a good friend from the UK started playing soon after.

I have no idea how many games we’ve played but it’s many hundreds over the years.

Things can often get highly abusive and extremely childish in the chat if one of us thinks we are losing through bad luck rather than the other persons skill – which is all of the time.

Over the years in playing hundreds of different players I have started to pick up on certain personality types.

I think that how people play ‘Words With Friends’ over a sustained period tells you a lot about their personality and how likely they are to be successful.

Or whether they are more likely to spend their entire life whining and/or being angry about the cards they have been dealt, or more appropriately, the words they have picked up.

The Quitter At Words With Friends

This is the person who will quit early on (often very early on) if they drop too far behind.

There may be three quarters of the tiles left but they have already thrown the towel in whilst spitting out their pacifier and kicking their cat.

I even once won a game I was over 150 points down by scoring 234 with the last 7 letters of the game.

The Outlook For The Quitter

My guess is these people are unlikely to trouble the history writers with their amazing breakthroughs and outstanding achievements in life.

Any sign of difficulty and/or adversity and they’re going to crumble faster than a Middle East cease fire agreement and most have had a tenacity bypass operation.

They moan a lot, try to persuade you life isn’t fair (it isn’t by the way) and are generally an unhappy bunch.

My advice is to ignore them.

These are the flip side of ‘The Quitter’. The non-stop trier will take every game to the last letter no matter how far they are behind.

They also don’t care how many times you beat them, they still come back for more asking for rematch after rematch.

They want to improve, they want to be pushed by people better than they are at the moment  rather than looking for people who are push overs and inflating their stats.

These are the people I most admire, and I’ve met a fair few.

I have one game going on now where the score is 561 to 145 in my favor, yet the person keeps going when most people would have resigned 20 letters ago.

Massive kudos to them all!

The Outlook For The Non Stop Trier

These are the people who make shit happen.

They kick down barriers to success, tunnel under walls that get in their way and don’t take no for an answer.

Not all will be hugely successful of course, but their chances of them being over-achievers are massive, especially compared to most of the other groups I have listed.

These players are just looking to play as fast as possible to accrue as many points as possible.

Anybody playing the game can see what are the highest accumulated points totals, both within the circle of people they play, and also worldwide.

Accumulators are often near the top of these lists, but they are usually shite at the game.

They don’t really care about the end result, they just want to see their name on a meaningless weekly leader board.

They can have a tendency to whine if you don’t play to their pace and will often resign and move on if things aren’t ticking along fast enough to keep them happy.

The Outlook For The Accumulator

These people will spend their lives in a hurry looking for quick meaningless wins that will boost their ego or sense of worth temporarily.

However, they’ll probably never achieve anything of much importance and will find it difficult to stick at any one task, because most things take time to master and they don’t have that time.

After all, they have ‘important’ shit to do, like getting to the top of leaderboards that 99.99% of the worlds population don’t even know exist.

I have been accused of cheating a handful of times and amazingly it was never by somebody who was beating me.

There is software apps you can download that will tell you the best word to use and a depressing amount of people use it.

I don’t now, never have, and never will, install such a thing.

I’m not sure what pleasure is to be gained by using software to help you beat a random stranger at a word game unless you have creakingly low self-esteem.

The Outlook For The Accuser

Accusers have a victim mindset.

They think life isn’t fair and that everybody is out to get them.

They are more likely to be found on top of a water tower with an arsenal of weaponry trying to teach Society a lesson, than on top of an honor role or a list of most admired people.

I confess to being an accuser on one occasion when somebody played 6 straight words of 6 or 7 letters each and not one I had heard of and half I couldn’t even pronounce.

I actually messaged them to ask if they were a descendent of Samuel Johnson or had downloaded Cheat With Friends?

Sadly they never responded and I went on to have my ass handed to me on a plate.

I promise I haven’t get my eye on a water tower though.

Sadly there are accusers because they’re a lot of cheaters, and I do mean a lot.

A few times I have played people and beaten them easily.

Then all of a sudden in the 4th or 5th game they have turned into a fucking human thesaurus tossing out the most obscure words that when I go to look up to see what they mean, even the Internet is saying,

“Fuck dude I have no idea on that one, did you mean kipper or maybe pomegranate?”

There is a lot of luck in terms of which letters your draw, but when you get somebody who can barely sring 4 letters together suddenly playing like Oscar Wilde on Adderall you know you’re probably dealing with somebody so pissed off at losing they have resorted to scurrilous tactics.

The Outlook For The Cheater

Some of these people will ‘make it’ in life because they’re not afraid of bending, twisting or even breaking the rules if thing aren’t going their way.

In the business world, these are the people who will happily take credit for other peoples work, kiss lots of corporate ass and not share best practice for fear of helping others, because they see life as a zero sum game.

In sports they indulge in blood doping, and take human growth hormones and testosterone resulting in many of the men ending up with nuts like petrified walnuts.

If you ever see a guy at the gym who has muscles bursting out of his muscles and a rather bad case of back acne, then you probably have a moron on steroids quietly cheating at Words With Friends in the locker room after his work out.

Sometimes these people can be a pain in the ass, but that’s only because I’m a miserable middle-aged bastard who has the messaging skills of a stoned chimpanzee and prefers not to have to type on my phone more than absolutely necessary.

Extroverts will immediately say ‘Hi’ when you start a game.

They then will go on to ask you where you’re from, what you do for a living, how long you have been playing Words and whether you like Justin Bieber?

They also love to say ‘well played’ and also tell you when they have crap letters, which isn’t a great strategy for winning, but they don’t really care.

You can tell they are playing to have fun, to be social and maybe learn from the experience.

The Outlook For The Happy Extrovert

These are the kinds of people that will always succeed even if it’s not in the obvious ‘look I have a huge pile of cash!” kind of way and will be genuinely liked and admired by people.

On reflection, maybe I’m wrong to call the happy extroverts because I’m sure some are introverts and a game like Words helps them interact more easily.

So let’s change that to, ‘The Happy Person’

There are people who have blogs and think that their opinions are important about lame topics such as ‘Words With Friends’.

They cannot wait to share their half baked ideas they dreamed up as they were nodding off one night with as many people as possible.

They will probably lose their hair at a young age, have a very juvenile sense of humor, swear too much and are probably not very good at ‘Words With Friends’ but cannot face that fact.

They will almost certainly scale a water tower at some stage, but will be too afraid to actually take a gun and will instead hurl insults at people below and refuse to come down unless their demands of a lobster newburg with a nice bottle of sauvignon blanc are met.

So what is your take. Do you even know what ‘Words With Friends’ is?