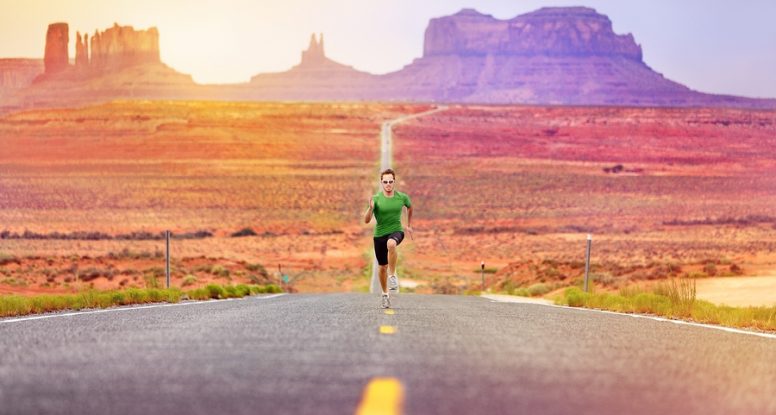 Two Stories About Belief To Blow You Away

It’s considered a real man killer even by seasoned ultra-runners who are used to racing across the hottest deserts and the coldest most barren terrains on the planet.

In 1983 Cliff Young decided to enter the inaugural event.

As a cowhand, Cliff was frequently responsible for rounding up cattle after violent thunderstorms.

He did this not with the aid of GPS, a Hummer and small light aircraft, but by running around on foot after the cloven hoofed scallawags over an area the size of a small US State.

He knew he had high levels of stamina, but this was another matter altogether because most of the entrants were super fit runners in their prime.

Cliff was 61 with little competitive experience.

However, the one thing Cliff possessed in spades, was a burning belief that he could, and would, complete the race. He didn’t have any self-limiting beliefs.

There were calls for him to be banned for his own safety, but whereas the rules excluded runners that were too young, nobody could see anything discriminating against people being too old. So the organizers reluctantly allowed Cliff to run.

It was a hot day in Sydney when Cliff turned up wearing overalls and galoshes over his work boots inviting howls of derision from some of the 150 competitors and growing interest from the press and spectators.

The race started and, to nobody’s surprise the farmhand was soon lagging behind the seasoned runners.

He had a very strange way of running that meant he barely lifted his feet off the ground and moved forward looking more like a cross-country skier than a marathon runner.

Half way through the first night Cliff rather remarkably took the lead.

Rather than stopping for the traditional sleep break that most ultra runners took part in, Cliff took a fraction of the time the others took and just kept going eating pears straight out of a tin as he ran to give hime energy.

By the following morning, much to the amazement of everybody, Cliff had built up a substantial lead.

It was an impressive performance but the old-timer was inevitably going to relinquish his lead when he needed to stop for a proper break himself.

Only he never needed to do so.

He was driven by the belief that he could rest for as long as he wanted once the race was over.

Cliff did the unexpected in finishing the race.

But he did the truly remarkable in not just winning it, but amassing a staggering ten-hour winning margin.

Cliff Young decided what was possible for him. Not his family, his friends or even society as a whole, he set his parameters in life and he set his own beliefs about what he could achieve.

A 61-year-old amateur rewrote the book on distance running.

Suddenly others realized what was possible and started to believe that if Cliff could do it, so could they.

No athlete has ever won the Sydney to Melbourne race since then taking regular sleep breaks.

Like Cliff Young, Stuart Anderson was a confident guy, even after 20+ consecutive failures.

Stuart won a Superbowl ring playing for the Washington Redskins in the early 80’s. However, prior to that he’d been a top high school basketball player.

In his career he averaged 50% from the 3-point arc.

Quite honestly, I know about as much about basketball as I do about Romanian Rabbit Wrestling, but I’m reliably informed that’s better than good.

In Stuart’s senior year his team made it to the Virginia State play-offs and then the Championship final itself.

Stuart chose that day to deliver the worst performance of his collegiate career.

With 2 minutes to go he’d attempted over 20 3-point shots and missed every single one of them.

Fortunately, he had a good team round him and Virginia was still in the game with less than 30 seconds left. In fact, they were only down by 1 point and had one time out left.

They got the ball, called a time out and headed for the sidelines.

The coach started to draw up a play with the final pass going to the other shooter. Stuart stops him.

“Coach if you give me the ball I will make that play, I will hit that shot”. “I don’t know,” said the coach but Stuart insisted and the coach reluctantly re-drew the play.

They went back onto court and started to run the clock down. With time running out the ball was passed to Stuart and he stuck the shot to win the game.

At the resulting news conference a journalist asked,

Stuart looked puzzled ‘What do you mean?’

‘How did you hit that shot after missing more than 20?’

The journalist thought for a second and said, ‘Ok, so if you’d have hit every attempt then the math says no way could you hit, so would you have asked the coach to draw up a different play?’

‘Are you nuts, said Stuart, if I’d not missed I’d be on fire, how could I have missed?’

‘But you can’t have it both ways’