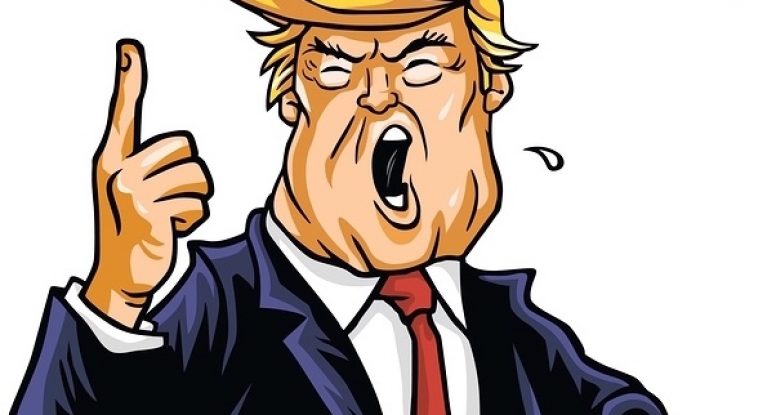 This could be one of my last ever posts as I read with sadness last nigh that President Trump signed an executive order looking to ban Life Coaching by the end of of this year.

Not only that, but they have declared NLP (neurolinguistic programming) illegal and an act of treason punishable by 20-years of hard rock breaking, or 20-minutes of listening to Trump bang on about how he won the popular vote of the election (whichever seems longer).

“Life Coaching is a cancer of modern society full of really bad hombres.

The idea that people will pay other people to help them become more successful, happy and prosperous in life is anathema to the constitution of the United States…..probably.

I bet these people all eat tofu, keep dolphins in their backyard and worship goats.”

Asked why NLP had been banned with immediate effect, he replied,

“NLP, or ‘No Longer Possible’ as we like to call it now (smug smile), involves the use of black magic and requires lots of demons according to our very credible source, Alex Jones, who runs the critically acclaimed Info Wars and is absolutely not certifiably insane.

I once heard of a guy that had a phobia removed by NLP and a woman that became more confident after seeing an NLP Practitioner.

I ask you, how is that feasible without whipping out a cauldron and mixing some eye of newt, lizard tale, monkey blood, bat claws and MSG and then simmering over a low heat for 6 hours?

It’s not, is the answer, and it’s our policy to immediately outlaw anything that we don’t understand. We have a very busy schedule over the coming months as we don’t really understand much at all to be honest. Who knew Government could be so complicated?”

When asked what about the really successful business people and Republican Party contributors that currently employ Life Coaches?

“Er, well, um, they don’t have Life Coaches they have Success Training Developers, or STD’s as we prefer to call them and that’s a completely different thing.

When a pesky CNN reporter pointed out that he’d heard on good authority Mr. Sphincter currently employs a life coach to help him with his public speaking, Sphincter looked visibly shocked.

“How did you know that?” he stammered glancing furtively at the small bespectacled man holding a clipboard, and video camera standing by his side.

“I mean it’s not true at all, I would never need anybody to help me perform to my utmost and fulfill my true potential. That’s a false fact.

Anyway Ned isn’t a Life Coach at all, he is my, er, er, therapist. No, not my therapist. God damn it, I mean he is my personal soothsayer. Er, no that’s not right either fuck it, fuck it. Er, er, he’s my lover. Yes! That’s it, he’s my gay lover!”

He then mopped his brow, breathed a huge sigh of relief and was heard to say under his breath “Phew, nice recovery Seanny Boy I’m pretty sure nobody noticed anything amiss and Donald won’t make me cry again”

At which point, his wife standing nearby burst into tears, and the man by his side feinted.

“What can I do to halt this outrage” I hear you ask.

Well, the bill to make Life Coaching illegal has still to be passed and I’d like your help in making sure this doesn’t happen.

Write your congressman/women, bring Oprah back out of retirement and get some famous people to put on a concert and blubber a lot on TV.

You can also sign our online petition by clicking here. It’s down to you people and I’m counting on you to do the right thing.

I don’t know how to do anything else and I can’t go back to the UK because it’s cold, rains a lot and full of people with bad teeth and drink too much tea.