The Real Purpose of News 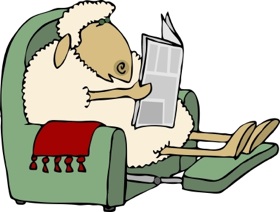 So there I was minding other peoples business on Twitter when somebody made a comment about Balloon Boy. I had no idea what they were talking about and foolishly said so.

I was then deluged with links to the story about some kid who hadn’t climbed into his fathers hot air balloon, and then hadn’t floated half way across Colorado to his certain death.

Apparently some people thought he was in the balloon, hence half the country was on tenterhooks and the other half out scouring the countryside looking for shiny silver fabric and bits of boy

That was worth 10 minutes out of my life. Or maybe not.

I hardly ever watch or listen to the news. Actually that’s not technically true, sometimes when I’m out in my car and the NFL channel on Sirius goes to a commercial break I’ll flick over to the BBC World Service for a couple of minutes and will occasionally catch a snippet of a news program.

It’s not that I have ADHD and need to be seeking constant stimulation. It’s more that if I have haven’t changed over by the end of the advertisements I’m usually looking for the nearest tree to stop by and hurl a rope over.

I’m not quite sure how the advertisers get away with the fear they spread wrapped up in lies and half truths, because some are so outrageous as to be almost comical, but get away with it they do.

Here is the opening line of one advert that is running almost continuously on Sirius at the moment:

“In this stressful economy, smokers are smoking more and being taxed more”

Every time I hear it I want to scream “What the hell do you mean by a stressful economy? That makes absolutely no linguistic sense, an economy cannot be stressed, and I wasn’t stressed living in this one until I started listening to you!

How do they know smokers are smoking more? Have they done an in-depth study? I doubt it, it’s pure hyperbole.

Well I’m no expert, but I’m guessing that’s about half the population. It’s a classic ploy by advertisers to make you think they are talking to you specifically.

Then the guy with the stern voice reels off how many things will probably drop off your car in the next 5 minutes if you don’t send him all your money. Not only that, but he kindly points out that car manufacturers are struggling and will probably want to charge you more for the parts to recoup their losses.

Then in a brilliant twist to grab the attention of Mr Smug in his brand new warranty covered Chevy, the advert points out that even if you do have a warranty, what happens when the car companies go bankrupt, who’ll pay for your repairs then eh?

In my opinion, news and adverts are very similar because both are very carefully crafted to scare people. Yet whereas people are happy to admit the follow the news closely, few outside of Superbowl Sunday will admit to studiously watching adverts.

It seems everybody knows advertisers lie, misrepresent and con, even though some ads are very clever and even hilarious on occasions. So many people including this life coach record programs on DVR or ‘time slip’ them and then skim past all the adverts.

Yet it never occurs to many people to skim past the news.

Why do you think that is?

Do you think we’ve maybe been sold a lie to the real value of news? 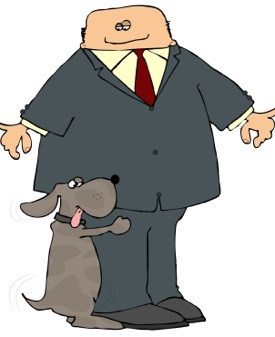 Personally, I think it adds more or less zero value to my life. When Michael Jackson died I heard it on Twitter. When that Captain Cheeseburger guy landed his plane on the Hudson I heard it on Twitter and when Rhonda down the road found out her husband enjoyed being humped by his own dog, I heard it from my wife.

It’s a human trait to want to be the first with news and it’s the reason why so many conversations start with “Did you hear about…” And why you will often see a smile spread across the face of the person delivering the earth-shattering story when they realize they are actually breaking gossip….er….I mean news.

I know there are bad things going on even as I type this post. Kids are being abused, wives beaten, homes burgled, identity’s stolen and wars fought. But here’s the deal, 99.999% is so far out of my circle of influence that the only opportunity it offers is an opportunity to feel miserable.

The flip side of course is the vast majority of kids and women aren’t being abused. Most houses aren’t being broken into and most people haven’t had their identity’s stolen. And of course most people live in a country that isn’t at war.

I regularly ask clients their reasons for keeping up on the news and they usually respond with something like:

I am sure I have heard 101 different reasons, mostly permutations of the above, but do you know the one answer I have NEVER been given?

“I really enjoy keeping up with news, it’s great fun”

Honestly, nobody has ever told me they do it because they enjoy it, which leaves me to presume they feel it’s some sort of human obligation. Or maybe they just don’t want to be the one person at the water cooler that didn’t know Bosnia and Herzegovina had merged with the The Former Yugoslav Republic of Macedonia  to form the worlds longest country name?

As somebody that used to listen to news and sports up to 6 hours a day when I worked in sales, I am not ignorant to the fact that it’s easy to get sucked into it. After all, I was the go to guy in quizzes when they needed to know who was the latest Member of Parliament caught on Clapham Common with his trousers round his ankles.

I’m sure some people will think that I am shirking my global responsibility, but nothing could be further from the truth. I am useless to anybody if I’m hiding under my duvet or having a heart attack brought on by stress and that is what news causes a lot of people because:

When a local news program leads with:

They aren’t looking to enlighten you, or help your parenting skills. They’re looking to scare you into upping their ratings. Ratings = $’s and that is the purpose of the news, to make money.

So you watch the news, get exposed to some really negative language, hear yourself muttering how unsafe the world is and then take yourself off to bed for a good nights sleep or off to work to interact with a load of other pissed off people.

Doesn’t make much sense does it?

When I have this conversation people will readily agree with me about local news (not sure who watches it to be honest because nobody I ever speaks to admits as such), but insist national or international news is more important.

I do understand the rationale that it’s difficult to effect positive change in the world if you don’t know what it is that needs changing because you’re shielding yourself from the ‘real world’. But even in those cases I refer back to this one undeniable fact:

People will tell you about the important stuff.

Last year central Florida was on hurricane alert. I was in my local supermarket and just happened to be buying some batteries. The women on checkout asked me if I was stocking up for the hurricane. “What hurricane?” I replied, as it slowly dawned on me why the place was so busy at 10.30am on a Monday morning. And before you think I got lucky, this was 2 days before it was due to hit and it never even got close to Orlando anyway.

Even if you live in your bat cave and never speak to anybody, it’s possible to search the news head lines in about 10 seconds online to see if there is some juicy nugget that you simply have to know. A word of warning though; those headlines are cunningly designed to get you to click through and read the whole story, don’t do it!

Do you know anybody that benefits from the news that doesn’t directly or indirectly work in it?

I don’t, but I know lots of people that are worse off from it. People that can’t sleep properly, that live in a constant state of fear and worry about all sorts of things including a stressful economy, the state of their car and kids floating around in hot air balloons.

I know there are a few here that don’t take notice of the news, but if you don’t fit into that group and don’t need it for your work, what stops you dropping it for a week and seeing what difference it makes in your life? Trust me, it will be there if you decide you can’t live without it and want to rejoin the fold.