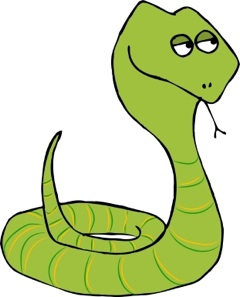 I don’t know about you, but I’ve done made some dumbass decisions and done some stupid things in my life.

Only just this last week I bought an iPad without doing any research and not realizing that the antennas have less strength than Monty Burns after a 7 day water fast.

The bemused look on the face of the techie at the Apple store when I whined “But my phone and laptop work just fine in the same place” told me all I needed to know.

Trying to usher a very pissed off snake out of the yard a few weeks ago using a chair and a garden rake was also pretty dumb on reflection.

Hammering a nail through a water pipe was a bad decision made all the worse when I pulled it out again to see what the hissing sound was before turning the water supply off.

My decision to get so drunk on a flight to Majorca many, many, years ago took asinine behavior to a whole new level. So much so that when I arrived at our hotel room on the 10th floor late at night I thought throwing a chair off the balcony into the pool below would be hilarious.

The hilarity stopped however when the chair bounced off the ‘pool’ which turned out to be a red painted open air dance floor that kinda, almost, looked like a pool in the dark.

To a drunken idiot anyway.

I then hatched a cunning plan to climb over the balcony and steal the chair from the next room so nobody would find out it was me who had committed such a dastardly dirty deed.

Unfortunately the chair I ‘borrowed’ belonged to two friends that had come with me. Not unsurprisingly they wanted it back the following morning and insisted I pay the fine the hotel manager imposed on us that wiped out all my savings.

I could go on, seriously I could. And the reason I could go on is because I’m human and we all screw up from time to time, it’s what we do best. However, all of those decision pale into insignificance compared to something I did recently.

I held a grudge.

My guess is that your immediate reaction is to think “Is that all, just a grudge? You half-wit, it was waaaay more cretinous to take on the snake.” Because if you’re like most people you will have a grudge or two of your own.

And that’s the thing with grudges, most people massively underrate the harm they can do. And not to the object of the grudge either because they rarely even know.

Grudges gnaw at us from the inside out. They create stress, they undermine our self esteem and they’re harmful to our mental and physical wellbeing.

Yet still we justify to ourselves and others that we’re right to think this way because ya know, the bastard really deserves it.  Even if the bastard in question is getting on with his life oblivious to the fact that you’re getting your panties in a twist over something he did 17 years ago.

Think for a moment whether you are holding any grudges. And if you are, whether they are serving a useful purpose.  Don’t spend too long on the last part of that question because I can answer it for you.

No matter how many reasons you come up with to support your behavior they’re all bogus. Every single one. So let them go.

Ok, so I know it may not be as easy as that because you love your grudge, you’ve been nurturing it for years, you’re friends and if you let it go you’re then condoning the behavior of the other person.

As The Buddha would probably have said if he’d been writing a guest post for my blog.

A few months ago I was watching an interview with a couple who had just left the court room after their daughters murderer had been sentenced to death.

Not only did they say they didn’t want the man executed, but that they also forgave him for his heinous crime. How incredible is that?

And make no mistake you have to forgive. It’s not enough just not thinking about it, you have to truly let it go.

An Exercise In Forgiveness

An exercise I occasionally ask clients to undertake is to write a letter to the person concerned telling them you’re sorry for your silly behavior and you genuinely and unreservedly forgive them for their actions that caused you harm.

The letter cannot be accusatory in any way shape or form and it has to be genuine.

I know this can be really tough for some people, especially victims of abuse, but it can also be amazingly liberating, and surely that’s far more important?

Maybe you’re holding a grudge against a dead person and think this doesn’t apply to you, but it does because the letter is purely symbolic.

You can still write it and then either mail it some fictitious address, burn it or even eat it for all I care. Just do it.

If you’re struggling to forgive, think of the person in question as a child. Imagine their upbringing and how crappy it must have been to have made them think their behavior was acceptable. Be glad you’re not them and that you can act so nobly and with such grace.

In case you’re wondering, I e-mailed the person in question. I explained what I’d been thinking and apologized for being a bit of a knob and now we’re on good terms again. Cool eh?

How Do I Set Goals That Work?

If you haven’t signed up to my newsletter and grabbed your free copy of How Do I Set Goals That Work? now’s your chance using the sign up box below.

Not only will you get the ebook, but in this months issue I’ll tell you about a truly amazing story about confidence.