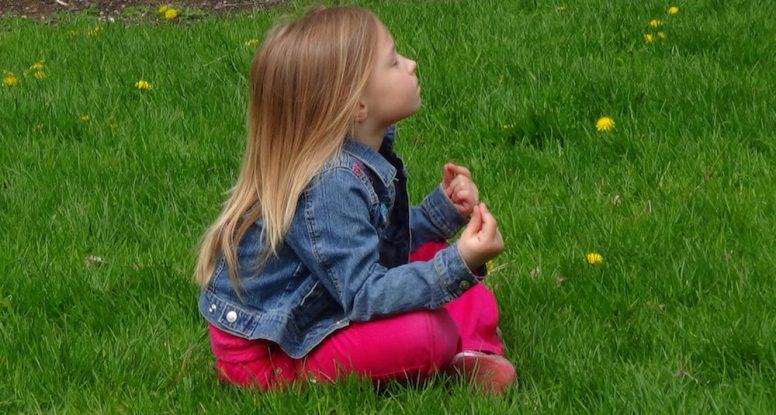 Self Development For Kids

The biggest dream I have is to be invited by the US Government to advise on teaching self development in schools.

Rather ironically, I had an actual dream recently in which that happened and I was given the keys to the school system and an unlimited budget.

I can’t actually remember much more of the dream, other than the President at the time was Charlie Sheen and Sarah Palin his Vice-President.

That seems highly plausible to me, so maybe it was a premonition and not really a dream?

Anyway, this got me thinking, if that were to happen and the phone were to ring asking me to take on the roll, what would I do?

Before I got to work I’d call Jamie Oliver and give him free access to the food services.

Seriously, I don’t give a damn how much Coke or Pepsi pay me, they’re not putting their vending machines in my schools.

The same goes for any other vending machines that dispense candy, cookies and crap.

Self Development For Kids

Then I would install a subject on the curriculum called ‘Self Development’ (or some other more imaginative title) and it would be mandatory for all kids starting in primary education.

I think during those crucial years between the ages of about 6 and 10 we have a real opportunity to give kids a leg up that they don’t always get from family.

And that isn’t a knock on parents either, because they’re almost always doing their best.

But when was the last time you met a parent that had taken any training in what is possibly the hardest job in the world to get right?

Not having kids and it being a decade or four since I was at school you may be able to tell me some of this stuff has already been implemented. If so, I’d love to know.

I’d also love to know in the comments what you think I’ve missed and if you think some of my ideas are plain nuts.

The vast majority of people (some reports say it’s over 90%), don’t breathe properly. They breathe from the upper chest and too rapidly.

This can lead to anxiety, high blood pressure, poor health and an inefficient supply of oxygen to the brain, especially in times of stress.

I know it sounds ridiculous because we are born breathing, but I’d insist kids have refreshers on this.

It would probably only be one hour per semester, but by the time they hit their teens they’d understand the importance of something most people take for granted. And more importantly, how they can control it.

Do you remember at school when kids would be scolded for daydreaming? Maybe you were one of them, I know I was.

What a crock of shit!

Some of the greatest breakthroughs in the history of humankind have come directly from daydreaming.

Albert Einstein, Walt Disney,  Isaac Newton, Richard Branson, Henry David Thoreau and hundreds more of the greatest people to ever walk the earth were dreamers, and in particular, daydreamers.

I wouldn’t ridicule or punish kids who are obviously away with the fairies in class, I’d encourage them to share what they were thinking and praise them for anything creative.

Kids daydream, don’t stifle that and in turn their creativity, nurture it.

Consider yourself lucky because you read self development blogs. As such you know you can think differently even if you don’t always implement that ability.

There are millions of kids that have no idea their reality isn’t the reality.

Nobody has ever told them their thoughts dictate their lives and they can change them.

It could be said that ‘As A Man Thinketh’ by James Allen is the only self development book you ever need to read. It’s short, simple, and awesomely powerful. As such it would be required reading on my curriculum.

I’d also teach kids about cognitive biases such as confirmation bias, the endowment effect, the halo effect etc so they can avoid making poor decisions based upon them without realizing why.

From great questions come great answers and I’d encourage kids to keep asking when they don’t know the answer to something.

What makes a great question?

Simple, one you don’t know the answer to.

Too often people are afraid to ask because they think they’ll look dumb and that belief was installed at an early age.

You look dumb for not asking questions in my world.

I’d teach all kids the power of visualization. Scientifically speaking, there is no doubt that visualization works incredibly well.

It trains the brain to do things before the body has to do them in the real world.

Kids are often naturally good at this, but if they knew how to harness it effectively they would be awesome.

Do they still use red pens in school to mark work? If so, I’d immediately ban the use of them.

Is there anything more discouraging and demoralizing for a kid than getting some work back riddled with red crosses and harsh comments such as ‘could do better’?

Well duh, we all could do better on occasions, it’s called being human.

We now know people learn quicker through personal failure and we know why at a neurological level.

We also know that the most successful people that have ever lived have often had the most failures.

Yet still we insist on stigmatizing and ridiculing failure rather than embracing it.

Young kids aren’t afraid or self conscious of failing. Which is why they don’t quit learning to walk and talk when at first they don’t succeed, and why they ultimately prevail in both activities.

Yet as a Society we knock the willingness to ‘give things a go’ out of them in countless subtle, and not so subtle ways.

I’d teach kids not to be afraid of failing and I’d encourage them for the effort they put in when things didn’t go according to plan (presuming they did put some effort in that is!).

Also, I’d instruct all teachers to never compliment a child for being talented.

We now know that one well intentioned action alone can encourage a fixed mindset and curtail mental growth.

Kids respond best by being encouraged for their effort, so encourage them.

They don’t always reframe the right way, especially if they see their parents reverse reframing and always extracting the bad from the good, but they can usually do it.

I’d implement reframing competitions and have kids reframing the crap out of everything.

This goes hand in hand with failing, because when we reframe failure as a learning experience it no longer feels like failure.

The Power of Language

I have talked about this so much I’m almost embarrassed to mention it again. Almost, but not quite though.

I’d show kids that using words like should, must, have to, got to, need to etc inappropriately just stresses them out because they remove choice.

I’d then encourage them to use words/phrases of choice, like want to, like to, fun to etc.

I’d then show them how to construct solution focused questions.

Gone would be phrases like, “Why haven’t you finished your work?” only to be replaced by questions like “What can we do to make sure you get finished on time next time?”

In fact I’d go all language-Nazi and ban the word ‘why’ for the teachers.

Kids can use it when they are trying to understand stuff, but it’s a no-no for the adults.

I mentioned this on Twitter recently and was told it was a stupid idea and that kids can’t sit still. Well neither can I half the time, but I still meditate.

We are currently training kids en masse to develop ADD.

Do you really think it’s a coincidence that number of children suffering from the condition have exploded in line with the advent of so many supposed multi-tasking tools?

We know that multi-tasking is a myth, yet we still allow the myth to be perpetuated.

Let’s show kids that they can slow things down and still be productive and that focusing on one thing at a time is the way you get great results.

This stuff may not stick immediately, but it would be embedded for later in life and that’s the point.

I’d want the mistaken belief that being a celebrity somehow makes you more happy and successful wiped out at an early age.

I’m not against anybody being famous, we have to have famous people. However, fame for the sake of fame is an empty shallow experience and does not guarantee happiness.

Watching the early rounds of American Idol should aptly demonstrate what celebrity culture is doing to our Society.

Do you think there’s too much compassion in this world?

We live in a me first world. I’d want kids to understand that there is no us and them, just us, and we’re all one and the same.

We cultivate us and them thinking all the time, but compassion removes that. You cannot feel compassion toward somebody and not also feel a level of connection.

I’m going to leave it at that otherwise this post could go on for ever, and anyway I haven’t got the job…….yet.

What would you do?