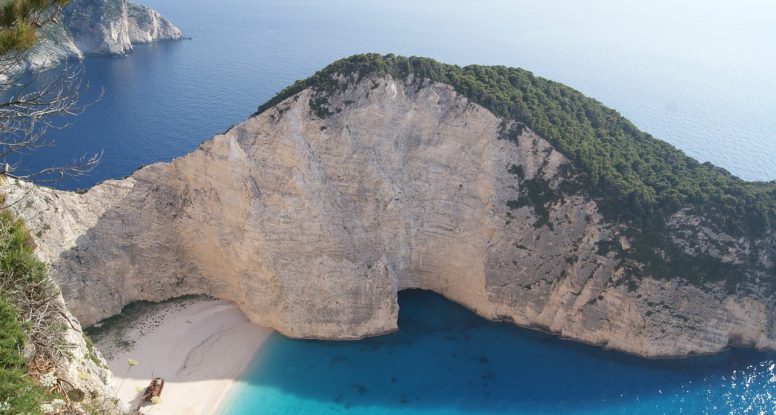 The Only Cause Of Stress (and how you beat it)

You gaze down through the open window at the sparkling Ionia sea resplendent in the late summer sun.

Your taxi weaves itself dexterously down the narrow mountain road from Vrachionas, the highest point on the Greek island of Zakynthos.

The sun twinkles and a hundred shades of azure bounce back from the gently lapping waves.

High above a Cory’s Shearwater banks and weaves barely beating it’s long brown wings as it scans the turquoise waters for an afternoon snack.

It would gladly feast on an octopus like the one you had eaten the night before at the quiet beachfront taverna. But it probably wouldn’t care for the wine or final shot of ouzo.

You can feel the hot sun on the side of your face, but the cooling breeze of the mountain air coupled with the movement of the cab was keeping you at the kind of temperature that really only has one purpose – and that is to help you relax so deeply that sleep is an inevitability.

You put your head back as the motion of the car and a long day, first swimming and exploring the stunning horseshoe cove of Nagio and then climbing to the islands peak take their toll.

Your head starts to loll and instinctively you slide down to support it on the seat as you drift into a contented slumber.

You don’t even need to know that skata means shit in Greek because of it’s onomatopoeic sound and you immediately sit bolt upright and lean forward between the drivers and front passenger’s seat to see what’s going on.

No more 250 feet ahead is a bend on the steep road and you instinctively know you’re going too fast.

At least you think you’re going too fast, but you don’t know because you’re cannot remember how tight that turn is, you weren’t paying attention on the drive up.

You become aware of the taxi driver repeatedly pumping the brakes and you realize it’s to no effect.

The old Mercedes that you initially thought looked like it belonged in a museum for modern antiquities, probably does, because it no longer has any brakes.

A wave of fear and nausea rose up from your stomach and explodes in your throat, mouth and even your head as you frantically look around you hoping for a way out.

But of course you know the car is going too fast to get out without you, in all likelihood dying.

This isn’t the movies. People don’t roll out onto bumpy roads at high speed and get up to walk away unscathed.

The curve is approaching faster than you can think and for the first time you contemplate your own mortality.

Slowly and calmly the driver turns to you and says in perfect unbroken English, ‘Do you want to drive?’

‘Do you want to drive?’ he repeats calmly.

For a moment you’re incredulous and think you must be still asleep and dreaming. You literally pinch yourself to wake up, but nothing changes.

‘We only have 1-minute, that is 60-seconds for you to decide if you want to climb over and change places with me.

You cannot get out, you cannot stop the car and you cannot wake yourself up because you’re not asleep. You can only decide whether you want to drive or not.

And yes I’m talking to you the reader now.

You have the option to stay where you are or take over the control of the car. What are you going to do?

I think I know your answer.

If you are like the overwhelming majority of people you are going to grab the wheel without a moments consideration.

You want to be the architect of your own destiny.

But think about your decision for a moment because it makes zero sense and may well result in the ultimate demise of, not just you, but the poor fucker who you have taken the wheel from.

The man in the front drives for a living and there is a greater than even odds, he’s better at it than you.

It’s his car, so he knows it’s idiosyncrasies and how it responds – you don’t.

He knows the road and as such knows how fast he can take the impending corner and whether there are any emergency runoffs further down the mountain.

In short by jumping into the driver’s seat you have probably sealed your fate and will be over the side of the cliff faster than a slice of suicidal lemmings (and yes, I had to look it up, the collective noun for lemmings is indeed a slice).

Yet even knowing all that information I’m guessing you still want to take over – and it’s for reasons that are, ironically, largely out of your control. 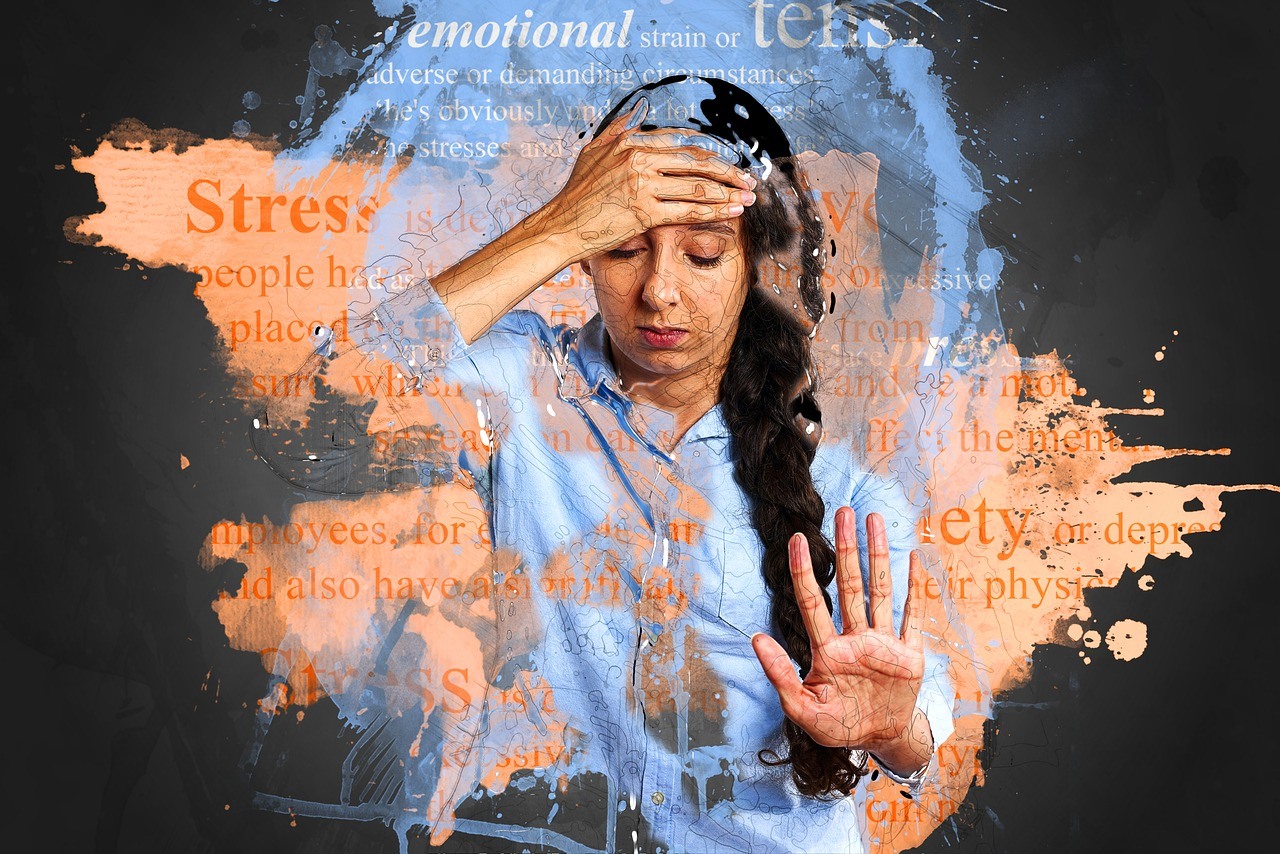 The One And Only Cause Of Stress

There is only one thing that causes stress and anxiety and that is a lack of control.

If you worry about your kids, it’s because you cannot control them.

If you worry about getting sick, it’s because (for the most part) you cannot control if or when that will happen.

If you worry about what other people will think about you, it’s because you cannot control their thoughts.

if you worry about losing your job it’s because you cannot control what will happen next.

And if you worry about what our idiot President will do next to put us all in peril, it’s because you, nor nobody, else can control him.

Taking the wheel of the speeding car gives you an element of control, even if it is for the most part, illusory, because so many factors are outside of your dominion.

And the last part is critical because other than the thoughts you have inside your head, all control is either temporary and/or illusory.

There is zero outside of your head that you have complete control over.

So, if we have little control of events in the ‘real world’ what happens when we refuse to accept that self evident truth by always seeking control?

We become stressed and anxious as we stagger from one event or situation that we cannot control to another, that’s what.

Our brain tells us that life shouldn’t be like this.

So what can you do?

Kind of, but let’s start with what you most definitely shouldn’t do. 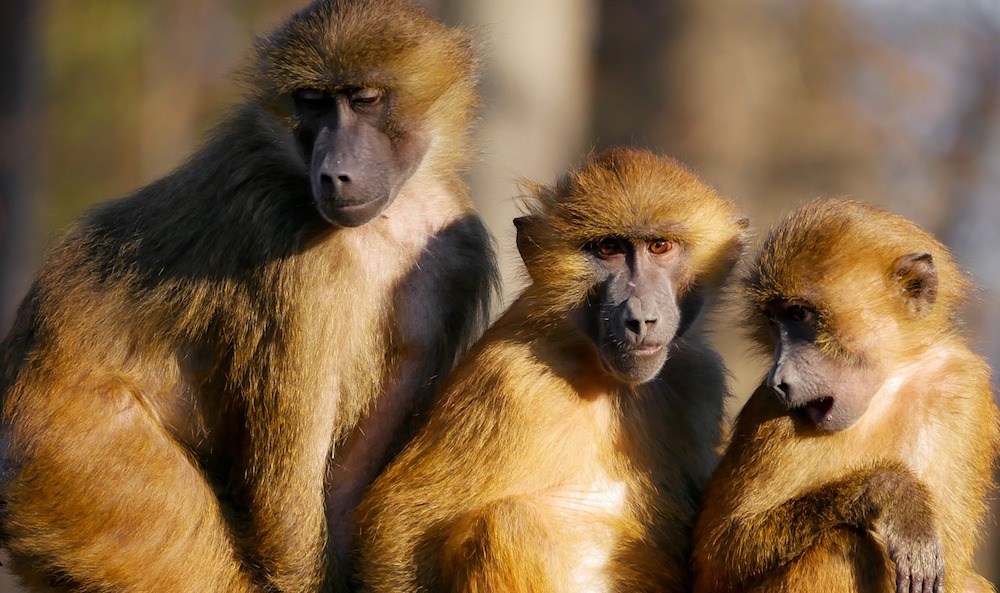 You shouldn’t seek to control more and more hoping that you get the crazy monkeys inside your head 24/7 at least occasionally shut the fuck up.

It’s true, when you feel you have everything under control they may be quiet for a moment.

But they’re not asleep.

They’re not chilling with a nice glass of sauvignon blanc.

And they sure as hell aren’t talking about resigning their job.

Not with the Russian government, no, they are colluding with one another to defeat you.

They’re moving the bar higher, because now they have a semblance of control, they want even more.

You cannot quench their thirst or satiate their hunger because each drinks makes them thirstier and each meal hungrier.

They’re gluttons with an inexhaustible appetite.

At first they are going to go batshit crazy, or rather apeshit crazy.

They are going to be screaming at you that it’s not ok to let that bastard cut in front of you on the freeway.

They will go apoplectic when you accept you have done your best with your kids and now it’s time to let them figure out life for themselves.

And they will be almost imploding with indignation if you dare to be okay with having a bad day at work. 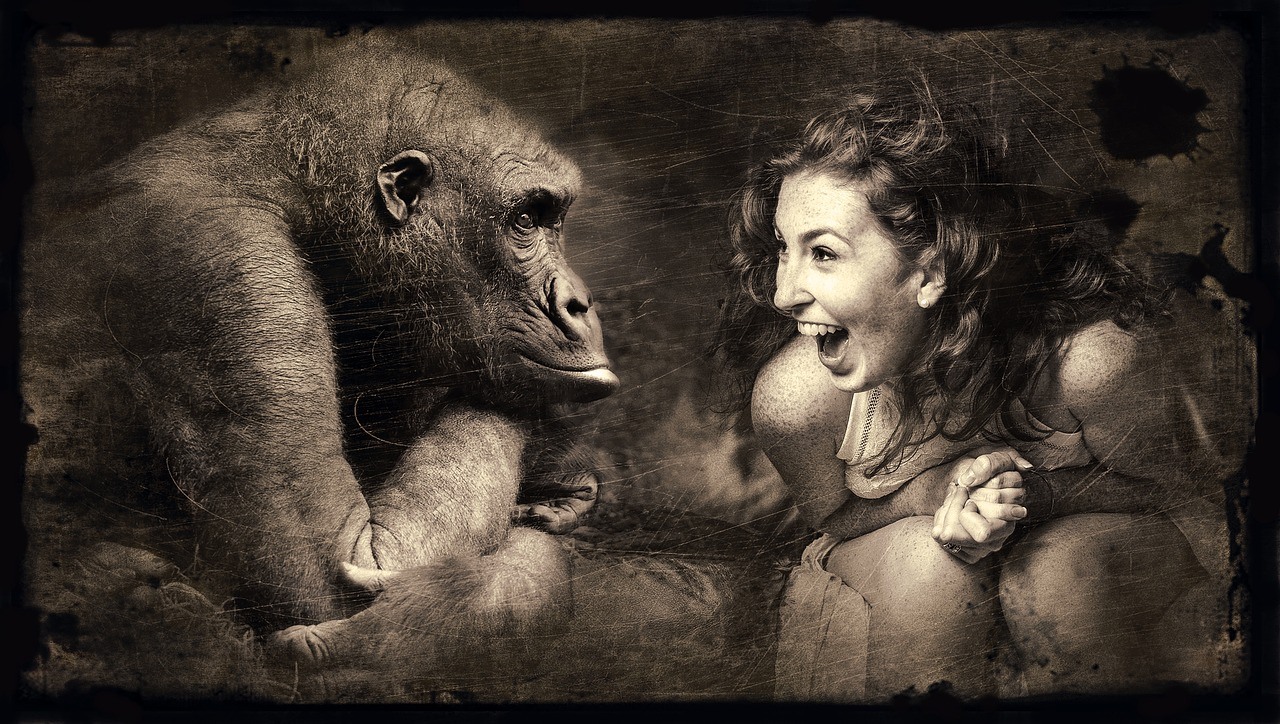 But nothing will annoy them more than if you dare to just sit and observe them for a while.

They hate to be watched.

They work in the dark recesses of your mind operating in murky light hoping you won’t even realize they’re there.

When you turn your light on by way of focus and just observe them going about their day, they will initially try to attack.

They will marshal all the forces at their disposal to convince you that you shouldn’t be just sitting and doing nothing because you have important shit to do.

The noise can be intense when you having nothing else to focus on.

But that’s ok because it’s just noise, it cannot hurt you

Don’t fight them, don’t tell them they are wrong or stupid because that gives them more strength – just sit and observe them with curiosity.

They will fight back, make no mistake, but every time you just observe without judgment it chips away at their power and the chattering subsides.

If you do this enough times they will eventually start to quiet down.

And then is if by magic one-by-one they will start to want to come and work for you.

No longer will they be screaming and yelling about retaining control because they’re chilled to da bone and next time something unexpected and unwanted happens they will be like, ‘Don’t worry boss you got this – we have faith in you’