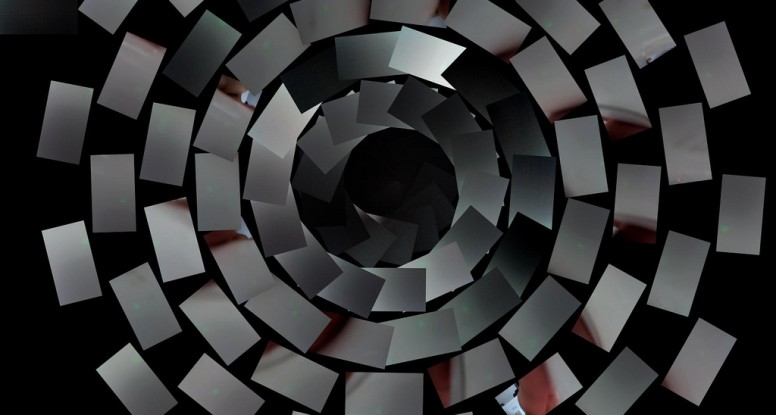 There’s More Than 50 Shades of Grey

Before I delve into todays post I just wanted to point you toward the ‘videos’ tab that has been added to my navigation bar.

Over the coming weeks I shall be posting a new video every couple of weeks and start to build up a library of videos aimed at helping people get unstuck.

Any feedback welcome as always.

I got asked by a client the other day whether I thought he was an atypical client.

I wasn’t sure how to answer that because I don’t think there is any such thing as a typical client, so by definition there can’t really be an atypical one.

I told him that he had certainly presented me with a challenge or two, but that’s not a problem because I like challenges and I could see a massive amount of potential in him.

There is a Life Coaching process that is as old as the hills and more cliched than a dying man spouting world shattering wisdom with his last breath, but it’s still one I turn to on occasions.

My client, let’s call him James because that’s his name and he’s cool with me using it, was as I said, proving to be challenging.

He’s very intelligent, articulate and probably read more self development books than I have, but he still wasn’t pushing through his main barrier of procrastination.

And the main reason was because of his conscious mind getting in the way and analyzing the crap out of everything we talked about.

The net effect of that type of approach is almost always overwhelm and paralysis with the person concerned thinking they are just a world-class procrastinator.

And in some respects they are, but it’s a tad more complicated than that because in my experience the majority of procrastinators know what to do, they just avoid doing it.

Whereas people who deal with massive over analyzing (which is very similar to perfectionism and can certainly be driven by that) simply don’t know what to do or which way to turn.

They struggle to commit to any one thing, always believing they are short one piece of information. Information that rarely arrives and if it does, it’s just some information not the information.

They look for all the world like they are lazy and just lack the guts to commit, but that would be grossly unfair.

In other words, it wants to know if something is black or white, right or wrong, good or bad, tall or short, Life Coach or person who likes being paid for a good gossip and to sit around in their jim-jams all day drinking coffee.

Irrespective of the success of the book, it hates shades of grey. It gets all confused and agitated by the doubt that accompanies being in the grey area of life

Yet this is where many people like James live. It wouldn’t be unfair to suggest that these people have a stronger grip on reality than people who do think in a more black and white manner, even if it’s not always helpful to their peace of mind.

Life is more than 50 shades of grey.

No matter what you think you cannot apply the label good or bad to any of the following (as well as millions of other examples I could have listed) without massively generalizing and exposing your cognitive biases.

People like James see this all too clearly and whereas that can be viewed as good and open-minded, it can also cause a sense of overwhelm as the brain struggles to hold contradictory points of view.

As I say I wanted to get past James’s critical mind at least briefly and see what happened, so I pulled out the coaches cliche of the 70 year-old birthday party speech.

You’re probably familiar with this, but in case you’re not here it is in a nutshell.

Take out a blank sheet of paper and start to write a speech you are going to be delivering to your family and friends on your own 70th birthday party.

Don’t hold back, if you want it to be on the lawn of your 2 acre home overlooking the Pacific Ocean with 100 guests that’s just fine.

It’s your life, it’s your speech so do it any way you want.

The only criteria is that is has to excite you, it has to align with your values (and if you don’t know what they are, you’re struggling with all your self development, so go grab my book!) and it has to be delivered from a position of contentedness and happiness that you have led a great life to that date.

This process can really inspire some people. It allows their imagination to run riot and not bother with ‘reality’,  and that can be very freeing.

I asked James to write this with one huge caveat. He had to do it in one sitting as a stream of consciousness. No spending days procrastinating on what to write and when to write it, I wanted it flowing from his unconscious immediately.

I was not prepared for what I got back under an hour later and it certainly vindicated my insistence that he do this in one go.

To me it’s absolutely brilliant and the reason I wanted to post it is because as well as inspiring other people, I want him to know he can come back and view this at any time. Especially if he ever starts to doubt his abilities.

I’d love your take on what you think of James’s speech and/or whether you have ever tried this exercise and what results you got.