It Should Never Come To This 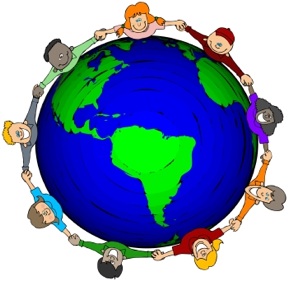 It’s not an uplifting tale, but it is one worth telling as suicide amongst teens is the third leading cause of death in the US and quite frankly, that should be unacceptable.

I have really struggled with an image because I’m not sure a cartoon is appropriate. Then again, I’d rather this be a post that inspires you to act in any way you can,  than one that makes you depressed.

My sincere condolences and best wishes go out to the boys family.

I was supposed to have a meeting yesterday with a friend of mine.  At 7:45 a.m. I received a call from his assistant that the meeting was canceled.  My friend had to prepare funeral arrangements for his fifteen year old nephew.  The young man committed suicide the previous night.  I’d met him just a few days ago.

It’s bad enough when it’s adults, which is the situation I see routinely when I speak.  That bothers me.  It’s why I do what I do, why I write what I write.  In the hope that I can help them realize that they are not trapped, that there are ways out of the madness.

For some reason, this situation seems exponentially worse.  This kid was fifteen, fifteen, and he already had been convinced that there was no other way to change his current reality, than to end his life.  He believed he had no choices.

So for your sake, for his memory, and for the sake of anyone that may be within earshot if you are reading this out loud, here it is.

I know it doesn’t always seem that way.  I know it sometimes feels like there’s nowhere to turn.  I get that.  I’ve been there.  I’ve lived in that space.  But it’s a false truth.

It is a residual impact of a culture in which we are led to believe that happiness and satisfaction and fulfillment and worthiness comes from the latest gadget, or the latest model sports car, or some other THING, which in truth has nothing to do with being happy, fulfilled, satisfied, or worthy.

It comes from the perpetual array of fear thrown in your face each day.  Will your family be OK if you don’t carry enough insurance…You could lose everything you’ve worked for…What if you don’t have enough retirement savings…If your clothes, or your watch, or your cologne don’t have the right person’s name on them, then you aren’t special or worthy…

We think those things are just harmless noise in the midst of the chaos of most people’s everyday lives.

But every once in a while, you get a phone call at 7:45 and you realize it’s not just harmless noise.  If we aren’t careful it starts to become the basis for our belief system, and since our beliefs dictate our reality, that “harmless” noise starts to become a very real state of being.

We start living in a perpetual state of fear.  Being me isn’t enough…  What I have isn’t sufficient-no matter how much it is that I have…  I better hang on tight to my possessions, because if I’m not constantly watching, someone will take all that I’ve worked for…

Better defer all my big dreams until I have saved such a massive pile of money that I’m guaranteed to be OK when I retire at 65.  Except that the number is now being moved to 67, and then 71, and then 75.  And the size of the pile keeps needing to be bigger, and bigger, and bigger…

And on most days I can remain in a state of calm as I explain that life doesn’t have to be that way.  I can smile and give examples to reporters during an interview about taking baby steps, and easing into a new state of being.  But today, I’m angry.  Today, I’m pissed.

Because today it isn’t about someone staying another year at a job that makes them miserable.  It isn’t about someone struggling to make ends meet because they were led to believe they could afford a lifestyle they never could. It isn’t even about helping a parent realize that it’s OK to not work sixty hours per week so they can instead spend some quality time with their children.

Today a young kid is gone.  In just fifteen short years of life, he had become so convinced that life was not fun and exciting and full of love and adventure and purpose, that he took his own life.  And that is just not right.

That screams out to me that we have a lot of work to do.  And I put myself at the top of that “We” list.

Last night I was going through my first book, The Why Cafe. And as I was re-reading it, it brought back all the emotions I was experiencing when I wrote it.

I had just come back from backpacking around the world for a year on $40 per day.  I had experience freedom, seen cultures, met amazing people.  I had spent that year LIVING.  Not preparing for living, dreaming about dreams, wishing for different realities…  I had been LIVING.

Which was a big deal, because before I left, I felt like I was slowly dying. And almost everyone around me told me that was just life.  But it wasn’t.  It isn’t.