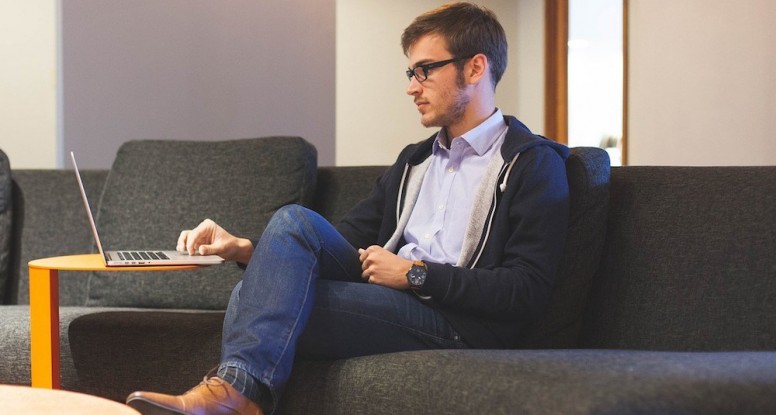 Isn’t It Time To Do Meaningful Work?

I sat at the back of the crammed conference room with me head against the wall wondering when he was going to shut up and just take his fake motivational bullshit and leave.

We were being given a presentation by our Regional Sales Manager.

Or as we used to refer to him ‘Shiny shoes’ as his footwear always looked like 20 Army squaddies had been polishing them round the clock for the previous week.

This was ‘apparently’ was some heavy duty shit.

He reported directly into the senior management group of a multi-billion dollar company, but holy crap he was boring, and if smugness were an Olympic event he’d no doubt have an equal shiny gold medal hanging around his neck.

Suddenly he said something that piqued my interest.

I looked at my friend on the left and mouthed “Did he really just say that?”

He just shook his head in disbelief and laughed silently.

The powerpoint slide on the screen was in direct contradiction to what he had just told us. The sales figures didn’t add up at all.

Either he was stupid – and I’m pretty sure you don’t get to a position like his and a salary no doubt nudging a quarter of a million pounds by being stupid – or he was flagrantly lying and hoping nobody would notice.

Struggling To Bite My Lip

I was fidgeting uncontrollably and trying to bite my lip and not say anything.

Finally, I couldn’t control myself any longer and thrust my hand up.

He was one of those guys who knew everybody’s name he’d ever met.

I’m sure to him he thought that meant people would believe he cared about them.

He must have had 500 people underneath him and I bet he knew the name of every single one, and probably their kids too.

Note 1: Obviously Andy isn’t his real name because I’d not want to identify anybody indirectly.

Note 2: It was really. However, he worked for a company I couldn’t possibly name, but it definitely wasn’t called Orange Folio.

I honestly cannot remember what his response was verbatim, but it may as well have been, “Fuck off you low-life amoeba, how dare you question my authority?”

He moved on with a dismissive wave of his hand, a serpentine smile and without even attempting to answer the point in any meaningful way.

At the end of the meeting my Area Manager came over to me. “What the hell were you doing Tim?” he asked rather agitatedly.

“The figures were bollocks” I responded with indignation.

He shook his head in exasperation as though I’d just said, “The sun’s hot you know” and slowly said.

“Everybody in the room knew they were bollocks, but only you decided you had to tell him!”

Slipping Into A Career I Hated

I slipped into sales after forays as a trainee chef and a mechanic.

The highlight of my chef career was managing to fall on a wet floor and drag a pan of boiling water over my face and ending up in hospital.

The pain was intense, but the embarrassing purple scabbed face I was left with a week or so later, probably even more so.

However, one day when helping to split a John Deere tractor to change a clutch on a farm up to my ankles in a mixture of snow and cow shit and barely able to feel my fingers for the cold, I decided enough was enough.

Few people plan a career in sales from an early age.

You end up working with people who had no clue what to do with their lives and had stumbled into a job that paid well and didn’t involve being out in the cold, having Head Chef’s hurl knives at them, or sliding around in cow dung with blue fingers.

But sales isn’t easy, not at the highest level anyway. 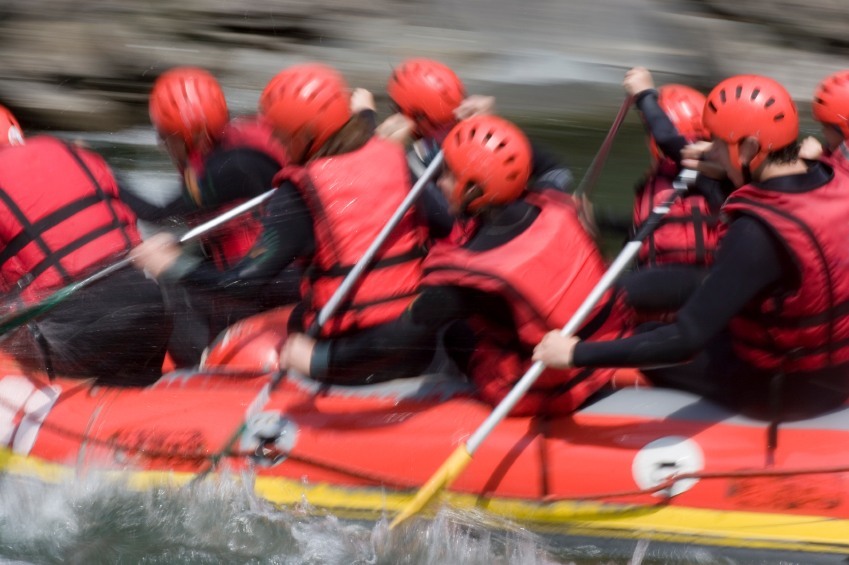 It’s way more technical and skillful than people realize, often involves a lot of team work, long hours, higher stress and rarely offers any satisfaction other than a fat pay check – if you’re good at it that is.

Was It Meaningful Work?

It would be unfair to say I never derived any meaning.

There were times when I knew I’d helped people and businesses, but the work as a whole didn’t fill me with pride.

It would be equally unfair to say that it was the presentation by ‘Andy Shiny Shoes’ that made me realize I was sick of the lies, the lack of integrity and the industry as a whole.

It was more of a drip-drip effect over a sustained period of time.

I probably do 2 or 3 interviews a month and the question I almost always get asked is, ‘How did you get into Life Coaching?‘

I’d love to say it was an amazing grand design I hatched to allow me to do meaningful work on my own terms.

But alas, like all my other jobs I fell into it.

The only difference is, this time I was lucky.

I was in a rather depressing town in England called Scunthorpe, and I was late for a sales meeting.

In a mile turn right.

In half a mile turn right.

I was back where I started, so I gave it another go – yes Einstein I probably was temporarily insane – and unsurprisingly ended up in the same place.

My wife called my cell and I just snapped.

I stopped  the car and started punching the shit out of the steering wheel and screaming at a rather unconcerned GPS system that it was a total bastard.

If you have ever seen the brilliant Fawlty Towers scene where Basil Fawlty starts beating his car with the branch of a tree for breaking down, then you will get a rough idea of how much I’d lost the plot.

Later that week my concerned wife encouraged me to study stress management at Sheffield University in an attempt to avoid what she was convinced was an early demise through some stress related illness.

It was then in 2004 I heard about Life Coaching and I signed up to train with Curly Martin, one of Europe’s leading coaches.

I’d no intention of becoming a Life Coach, I just wanted the skills.

I wanted to take back control of my life.

That all changed when I met Curly and realized there was an opportunity here I had never even considered.

The idea grew and grew. It developed a life of its own until I got to the point where I literally just quit sales with no prior warning to anybody other than my wife.

I had no business to speak of, no income and no real plan other than not to die.

What I had though, was an amazingly supportive wife and a cushion of cash from the sudden death of my best friend, my dad.

I Love Being A Life Coach

My life isn’t perfect and it never will be, but I love it!

It’s Labor Day as I started to write this and I had just finished working with a client. I didn’t have to see her today, I wanted to because I love what I do and she needed my help.

The previous day (Sunday) I was training other soon to be Life Coaches and that was a rush.

My partner at Coach the Life Coach, Karl, sometimes worries that I won’t STFU and we run over, but it’s because I’m excited to share my experiences over the last decade and want to over deliver.

Life Coaching may not be right for you, but doing meaningful work is right for everybody.

I recently read ‘Walden’ by  Henry David Thoreau and was reminded of the quote, ‘Most men live lives of quiet desperation’

I spent a couple of decades doing that. I was desperate, even when I didn’t know it because I was too numb from either alcohol, drugs or just spending money unnecessarily.

As I say, Life Coaching may hold zero appeal to you.

It’s hard building a coaching practice. Trust me it took me almost 4 years before I turned a profit and I made a LOT of mistakes.

But the work is amazing and it feels meaningful to me as does helping new coaches.

Today (Tuesday) we are launching the next course starting on Sunday 11th October.

We have extended it by 4 modules so it’s now 14 weeks long and we think it kicks ass.

For one week only we’re running a huge early bird offer that will save anybody signing up a massive amount.

For the first time we are also offering a digital version of the course for people who cannot attend the live course.

Even if you’re not, look to do meaningful work, because who knows how long we have on this planet and none of us should be spending half our waking lives doing stuff that leaves us feeling empty.

If you know anybody who may be interested in learning how to start a coaching practice I’d be very grateful if you forwarded them this post.